Plans for a $40 million on-campus football center were revealed by the University of South Florida on Thursday. 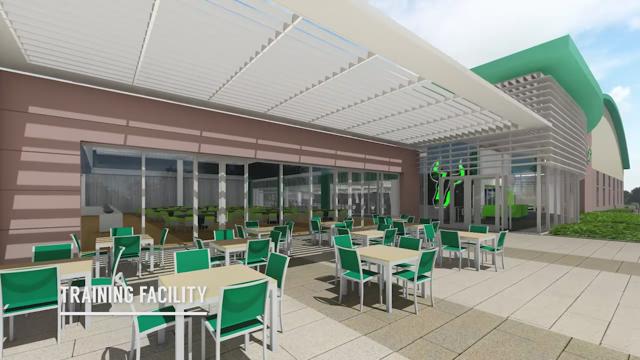 TAMPA, Fla. - Plans for a $40 million on-campus football center were revealed by the University of South Florida on Thursday.

The 160,000 square foot facility will be added to the Morsani Football Practice Complex and include a 83,000-square-foot indoor practice facility with a 110-yard turf field. A two-level, 80,000-square-foot building will also be built to house football program offices.

"There is so much potential in this university, this athletic department and this football program that we have just begun to tap,” head coach Charlie Strong said in a statement. “The USF Football Center will be a key step in drawing high-level student-athletes to USF and empowering our coaches and staff to develop those student-athletes, tap that potential and compete on an elite level."

The facility will also include:

Funding has yet to be secured for the project, which school officials said will be donor-driven.

Thursday's announcement comes as the university is currently in the research phase of building an on-campus stadium.