Aquarium behind 'Dolphin Tale' announces new movie being released in 2021

Clearwater Marine Aquarium says the "Stranded" documentary film is coming out this summer. 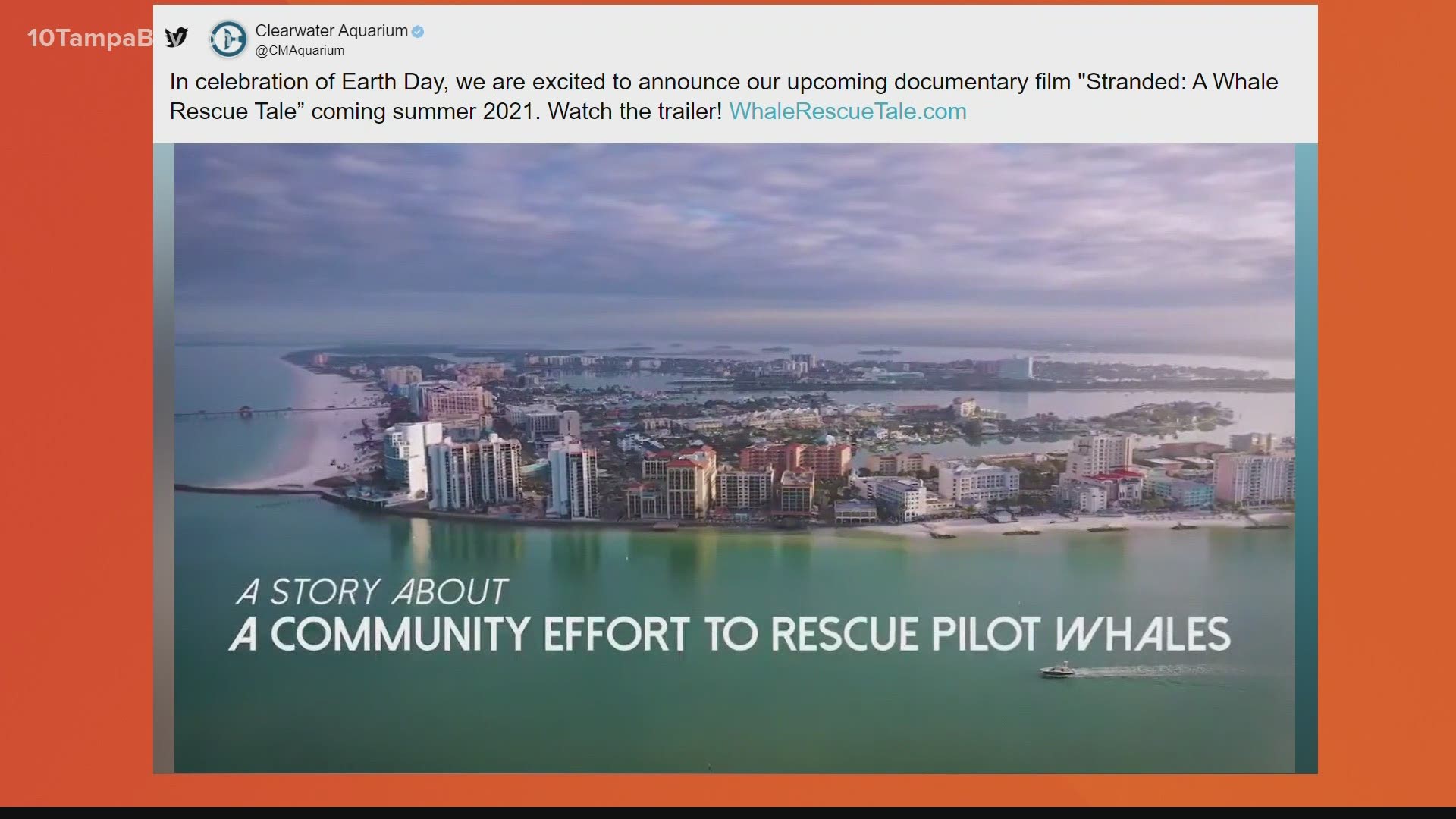 The marine rescue facility, which was prominently featured in the Dolphin Tale movies, will now be at the center of a documentary.

Scheduled to come out in the summer of 2021, Stranded: A Whale Rescue Tale will cover the rescue, rehabilitation and subsequent release of five pilot whales that stranded on Redington Beach in 2019.

Rescuers from the aquarium were dispatched nearly two years ago for the whales, which stranded just 14 miles south of the animal hospital.

"Every decision from then on was made to ensure the health and safety of the whales, the staff working on them, and the community who came together to support their efforts," CMA wrote in an email announcing the upcoming documentary's release.

The movie will include original footage from the rescue and events that followed.