The money will go to a multi-component project in partnership with Bonnet Springs Park. 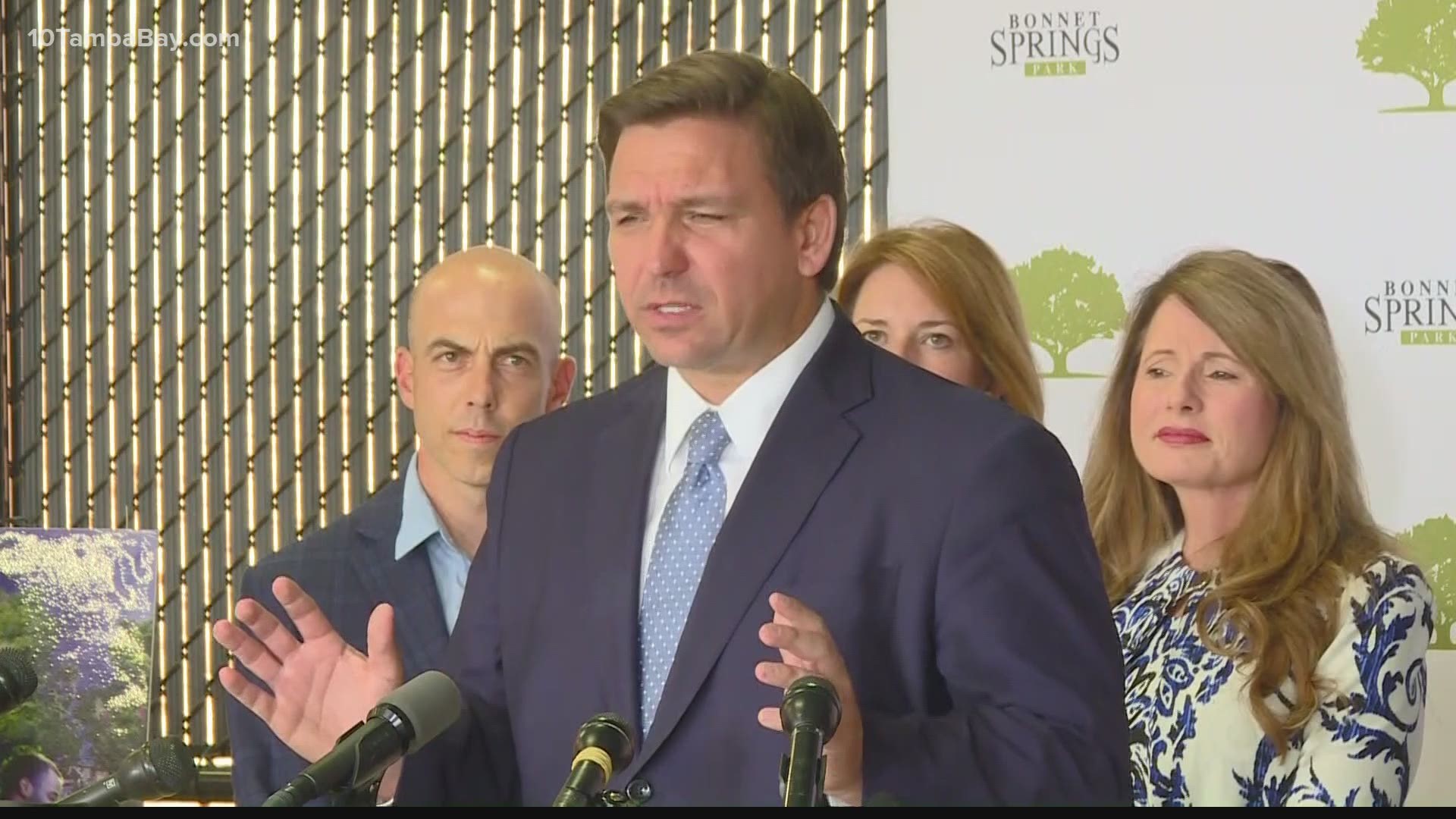 Among them is a project in Lakeland that is getting the "big enchilada" of the funding with $42.9 million awarded for a multi-component project in partnership with Bonnet Springs Park.

According to the governor, the funding is part of long-term infrastructure money after storms like Hurricane Irma.

“We’re going to have a steady stream of money to be able to deal with resiliency and different infrastructure needs," he said.

The City of Lakeland in partnership with Bonnet Springs Park applied for the funding to be a part of a larger $110 million publicly and privately funded effort.

This project will provide social benefits to a community that sits in a county with one of the nation’s highest suburban poverty rates, according to the governor.

He says the project will focus on mitigation efforts, add flood storage capacity to the drainage base and make improvements to stormwater infrastructure and watershed resilience.

You can learn more about the state's "Rebuild Florida" program on the DEO's website.