The mission, SpaceX's 14th under NASA's Commercial Resupply Services Contract, marks the second time the agency has flown on a combination of a previously flown booster and Dragon spacecraft. 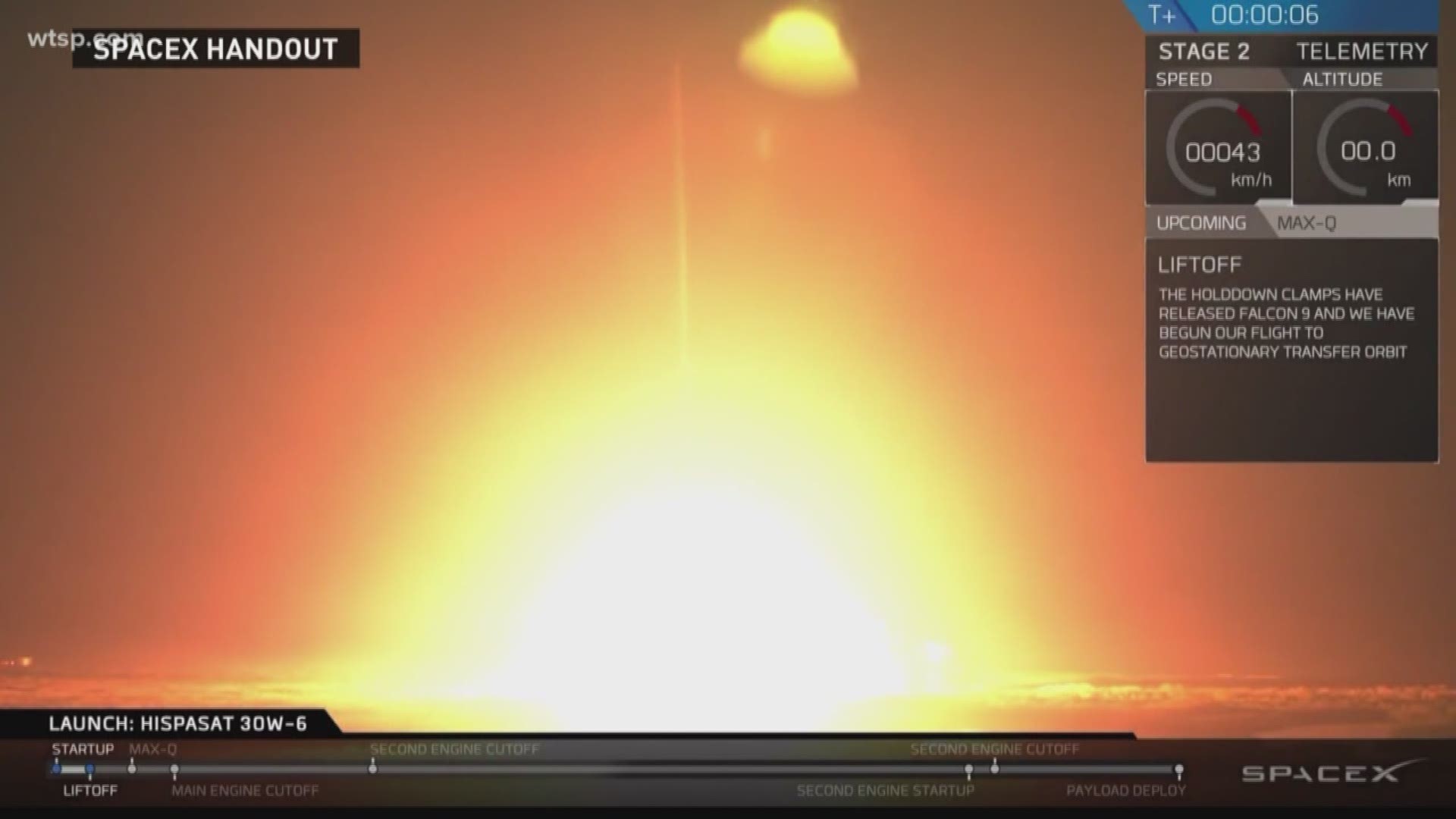 CAPE CANAVERAL, Fla. -- Launch teams are ready to kick off a busy month for the Space Coast with the Monday afternoon liftoff of a SpaceX Falcon 9 rocket from Cape Canaveral with supplies destined for the International Space Station.

About 5,800 pounds of cargo and science experiments will vault off the pad at Cape Canaveral Air Force Station's Launch Complex 40 in a Dragon spacecraft during an instantaneous window that opens at 4:30 p.m. The window pushes back to 4:08 p.m. in the event of a delay to Tuesday.

The mission, SpaceX's 14th under NASA's Commercial Resupply Services Contract, marks the second time the agency has flown on a combination of a previously flown booster and Dragon spacecraft. The 156-foot-tall booster first flew on CRS-12 in August 2017, while Dragon flew on CRS-8 in April 2016.

More: ‘There’s nothing like it': Despite delay, Falcon Heavy launch doesn’t disappoint

But unlike previous CRS missions where SpaceX landed boosters back at Cape Canaveral, CRS-14 will not include a local recovery and instead focus on providing data as part of an expendable "demonstration mission."

"Every mission is looked at on a case-by-case basis," said Jessica Jensen, director of Dragon mission management for SpaceX, during a pre-launch conference at Kennedy Space Center. "This one seemed like a really good opportunity to fly a trajectory a little bit out more towards the limits.

"That way our engineers can collect additional data not only during re-entry but for the landing that will be useful for the future," she said.

Despite the overcast Easter weekend, weather looks good for Monday's attempt – conditions should be 80 percent "go" at launch time – according to a Sunday update issued by the Air Force.

"After a dreary couple days in Central Florida, I'm happy to report we have some sunshine outside now," said Mike McAleenan, a launch weather officer with the 45th Weather Squadron. "I think we're going to have a pretty good shot at launch."

Science experiments being hurled toward the station include new ways of looking at severe thunderstorms; seven new containers to grow plants that could one day feed astronauts en route to deep space; and studying pathogens through the use of fruit flies, to name a few of the more than 50 experiments that will be impacted by CRS-14.

If all goes well with Monday's liftoff and subsequent operations, Dragon will arrive at the orbiting outpost around 7 a.m. Wednesday.

Looking forward to the remainder of April, a United Launch Alliance Atlas V rocket is scheduled to take flight on April 12 with an Air Force payload known as AFSPC-11; a Falcon 9 rocket will take NASA's planet-hunting TESS spacecraft to orbit on April 16; and another Falcon 9 is scheduled to launch Bangladesh's first geostationary satellite sometime in late April.