It's the latest in a series of actions by the Jeff Bezos' backed company to get NASA to award additional HLS contracts. 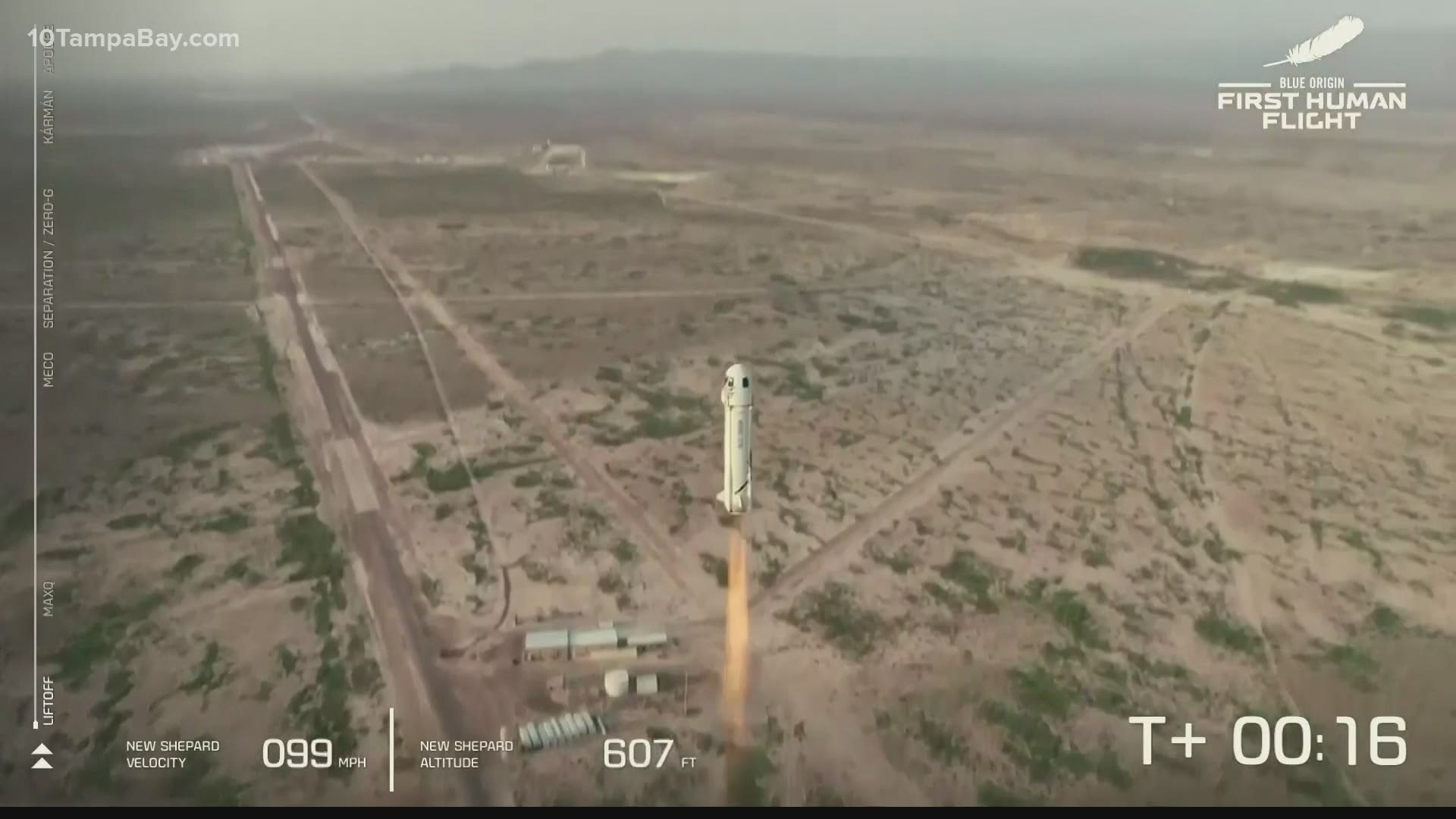 KENT, Wash — Editor's Note: The video in the player above is from Blue Origin's first human flight.

It appears Blue Origin is not backing down from its stance that NASA wrongly awarded its $2.89 billion Human Landing System contract to SpaceX.

On Aug. 13, the company filed a complaint against NASA in the U.S. Court of Federal Claims, saying the nation's top space agency completed an "unlawful and improper evaluation of proposals."

The sealed complaint, due to "protected materials" also challenges Blue Origin's non-selection for the contract by NASA and is hoping to "initiate a post-award bid protest action."

Filing a complaint is the latest is a series of protests and attempts by the company back by billionaire Jeff Bezos to get NASA to reconsider its decision.

RELATED: SpaceX wins $2.89 billion NASA contract to land US astronauts back on the Moon

"NASA veered from its original dual-source acquisition strategy due to perceived near-term budgetary issues, and this offer removes that obstacle," Bezos wrote at the time.

The Blue Origin-led HLS National Team is completing 25 tech demos toward returning to the Moon w/@NASA, and our proposal is in. Let’s keep going so America can go back to the Moon to stay. Here’s a peek at our work – more details: https://t.co/nMACzv5DhI pic.twitter.com/oFjqSAgQZD

Blue Origin along with Dynetics, another company initially in the running for the contract, also filed protests with U.S. Government Accountability Office (GAO) over NASA's decision.

All of which have been to no avail.

The current status of the contract means SpaceX will be the company to build the spacecraft set to carry astronauts to the lunar surface for the first time in about 50 years when astronaut Harrison Schmitt became the last U.S. person to step foot on the Moon in 1972.

But thanks to the pending complaint in court, Nelson says the Artemis mission set to land the first woman on the Moon by 2024 could miss its deadline.

In an interview with Space News, the NASA administrator said the program will experience delays since a lot of what happens next "will be dependent upon what the judge decides."

SpaceX has been relatively quiet during the series of protests and actions by Blue Origin — until now.

While commenting on separate litigation by Amazon, another company with ties to Bezos, SpaceX founder Elon Musk tweeted "filing legal actions against SpaceX is *actually* his full-time job."

RELATED: Time to declutter? There is a growing problem of debris in space

According to NASA, the human landing system will allow for the exploration of new technology that could help the agency land on Mars and other planets in the future.

While SpaceX is the sole contract winner for now, due to an "overall strategy" and budget constraints, earlier this year NASA said it will start having industry discussions about how to further develop additional competition on a future services contract.

“As soon as possible, NASA will provide an update on the way ahead for Artemis, the human landing system, and humanity’s return to the Moon," the space agency wrote.