Everything you need to know about Blue Origin's first human flight

A billionaire, aviation pioneer and an 18-year-old are among those strapping in to take flight. 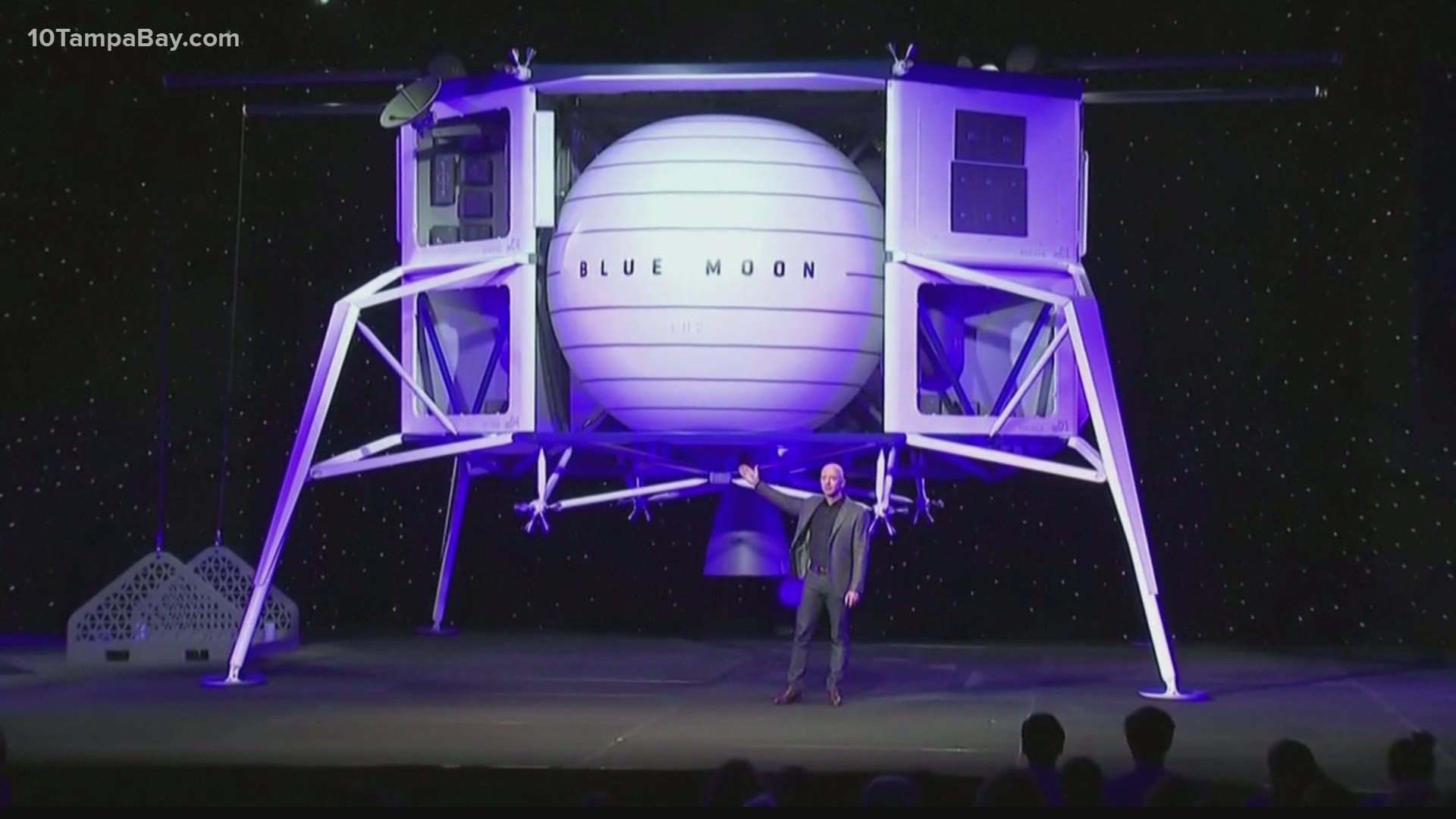 TEXAS, USA — Blue Origin is getting ready to send its first crew into space with the company's New Shepard flight on July 20.

The suborbital sightseeing trip, of sorts, marks the latest in a series of civilian-based commercial space travel opportunities being publicly announced this year.

According to Blue Origin, the four-person crew's "experience of a lifetime" will last 11 minutes from liftoff to landing.

Here's what you need to know as Blue Origin gets ready for its history-making moment:

What time is launch?

The New Shepard rocket is targeting 9 a.m. ET for liftoff on Tuesday, July 20, with operations out of West Texas. Coverage of the company's historic event will begin at 7:30 a.m. as the crew prepares for their trip to space.

All timing is pending weather and technical checks.

Our first human flight on Tuesday will be the 16th flight in #NewShepard’s history. Learn about the meticulous & rigorous launch program that brought us to this first step. Watch the launch live on https://t.co/7Y4TherpLr, starting at 6:30 am CDT / 11:30 UTC. #NSFirstHumanFlight pic.twitter.com/xWQRYLikZd

How can I watch the launch?

You can tune in to 10 Tampa Bay where we will be streaming live on Facebook, YouTube and online.

Blue Origin will also have continuous live coverage on its website. New Shepard will launch from a remote location in West Texas, meaning there will be no ability for the public to catch the action live onsite.

RELATED: No, Branson, Bezos and their crews aren’t the first space tourists in history

RELATED: Where does space begin? It's an argument that's still up for debate

Who is on the crew?

Billionaire Jeff Bezos, who backs Blue Origin, will be among the four-person crew headed into space. Joining Bezos will be his brother and the youngest and oldest people to explore what's beyond the planet we call home.

Wally Funk, an 82-year-old aviation pioneer will be the oldest crew member to strap into the New Shepard rocket. The moment is a long time coming for Funk who was passed up as an astronaut in the 1960s, along with six other women who made up the Mercury 13, for men whom they outperformed.

As for the youngest crew member, that would be 18-year-old Oliver Daemen who is the company's first paying customer after an unnamed auction winner had to reschedule their flight.

How will the mission work?

New Shepard's launch will be a suborbital sightseeing trip, of sorts, that will carry the crew past the Kármán line – the recognized imaginary boundary of space.

The rocket will operate on a vertical takeoff and parachuted landing for the up to six-person capsule. During the launch, the company says those on board will experience forces equal to three times the Earth's gravitational force.

While the ride will be thrilling, it also will be short-lived. According to Blue Origin, the "experience of a lifetime" will last 11 minutes from liftoff to landing.

What to know about the spacecraft?

A 60-foot rocket topped with a capsule will be responsible for carrying the crew into space. New Shepard is a reusable rocket, meaning it will use its boosters and landing gear to touch down back on Earth.

The pressurized crew capsule, on the other hand, will need help from parachutes during descent to land safely. Blue Origin boasts the fact that all those on board will have a window seat and that no pilots are needed for the space adventure.

Are there any historic aspects?

July 20 will mark three historic feats for both Blue Origin and space:

RELATED: After being passed up as an astronaut more than a half-century, aviation pioneer Wally Funk will get her moment in space

Can I go to space?

While Blue Origin has yet to announce specifics regarding seat sales for future flights, you can share your information to reserve a spot online.

You'll need to provide your name, email and phone number to be able to get updates on upcoming flights. The required form can be found here.