If Crew Dragon doesn't launch Wednesday, when will it happen?

SpaceX has set two backup times for the historic launch if Wednesday's attempt is postponed. 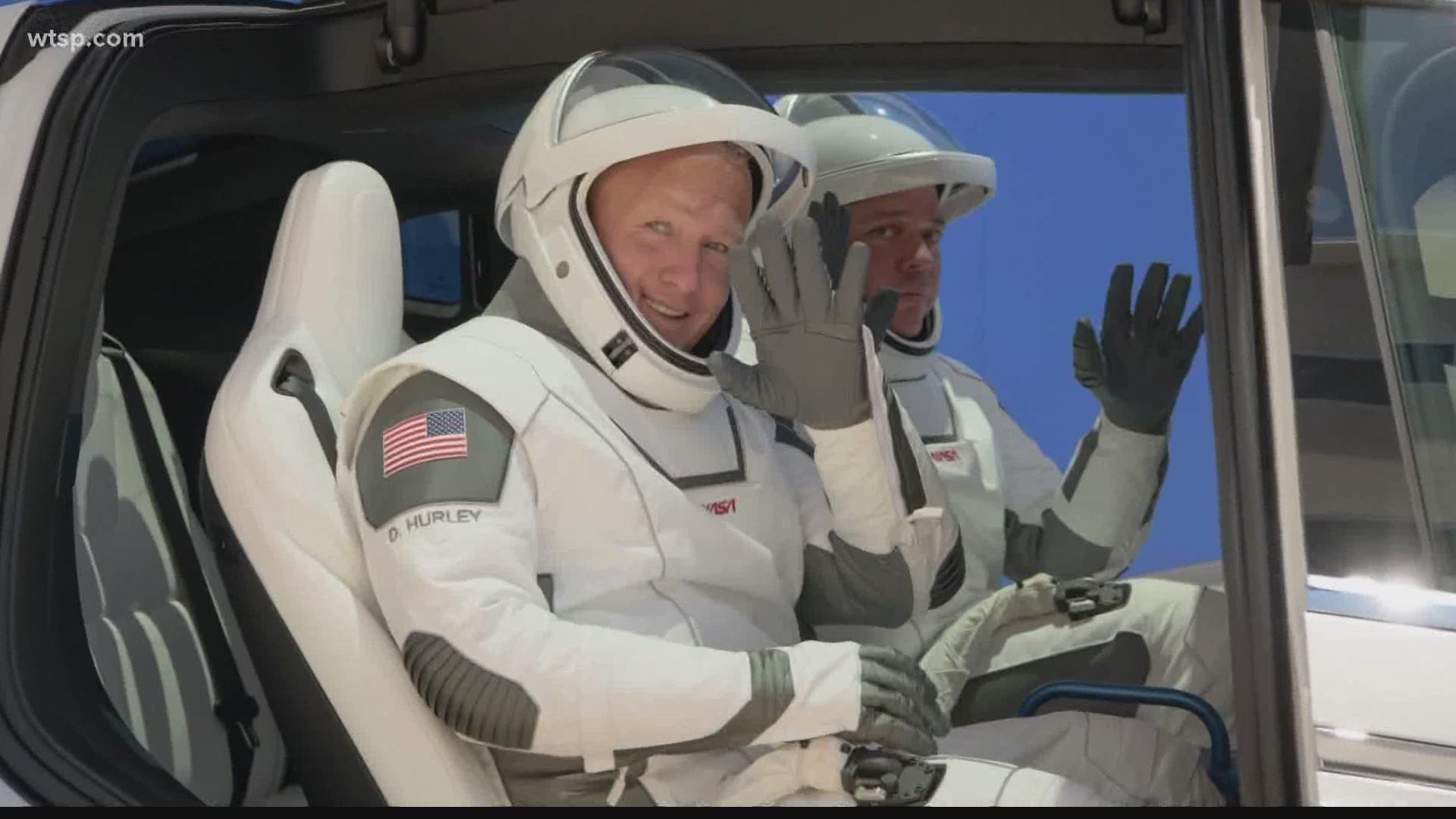 CAPE CANAVERAL, Fla. — One of the most important launches in the history of U.S. spaceflight is set to happen at 4:33 p.m. Wednesday, May 27.

That's when SpaceX plans to send two astronauts aboard its Crew Dragon spacecraft to the International Space Station. It will be the first crewed mission to launch from American soil in nine years.

But what happens if Wednesday's launch is scrubbed?

SpaceX has set two backup launch times for this weekend.

What causes launches to be scrubbed?

There are a few reasons mission control can halt a rocket launch attempt. A big one is the weather, and there are several factors in play.

Wind is one of the most critical components for safely launching a rocket into space. If winds around the launch pad reach at least 35 mph, the launch will be scrubbed. Higher winds in the upper levels of the atmosphere can also keep a rocket on the pad, even if we don't feel them on the ground.

Of course, lightning can also threaten a rocket launch. According to the Federal Aviation Administration, there cannot be any lightning strikes within 10 nautical miles of the launch pad in 30 minutes leading to launch time.

Cloud cover also plays a role. Thick clouds can lead to freezing temperatures in the atmosphere, which can cause significant problems for spacecraft.

That potential for cloudy skies is what NASA is watching carefully ahead of the Crew Dragon launch. The latest forecasts project only 60-percent chance of favorable weather at launch time.

The weather has to be acceptable right at 4:33 p.m., because while many other launches have a window of opportunity that can run a few hours, this one has just one chance to go up or it will be postponed.

Besides the weather, another major issue is people.

Aircraft and boats can enter the rocket's "safety range," meaning they could be in danger if the rocket blasts off at that moment. In that case, mission control has to hold the launch until the space around the pad is cleared.

Problems with the spacecraft will also delay a launch. Even something as small as a loose valve can have a huge impact on a rocket's stability. Inspectors pore over every detail repeatedly, up until the last minute before launch.

What makes the Crew Dragon launch so special?

The main reason so many eyes are on this Crew Dragon test flight is that this is the first crewed mission to launch from the U.S. since the Space Shuttle Atlantis went on its last shuttle mission on July 8, 2011.

NASA is counting on Crew Dragon's success so it will no longer have to rely on Russia to launch American astronauts into space.

This flight will also test key safety features for future crewed missions. Astronauts Bob Behnken and Doug Hurley will run through various drills and make sure they can manually dock with the International Space Station, where they will stay for anywhere from one to four months.

Those future missions could include flights to the moon within the next few years.

President Donald Trump has called for NASA to send astronauts to the moon by 2024. Earlier this month, NASA chose three companies to develop landing systems to make those moon landings possible. An astronaut last walked on the moon in 1972.

If the Crew Dragon test flight is successful, the next step will be to launch larger crews on more in-depth missions, including more trips to the ISS.