Scientists don't yet know why a mysterious object is transmitting signals to Earth in a repeating pattern from a galaxy 500 million light-years away. 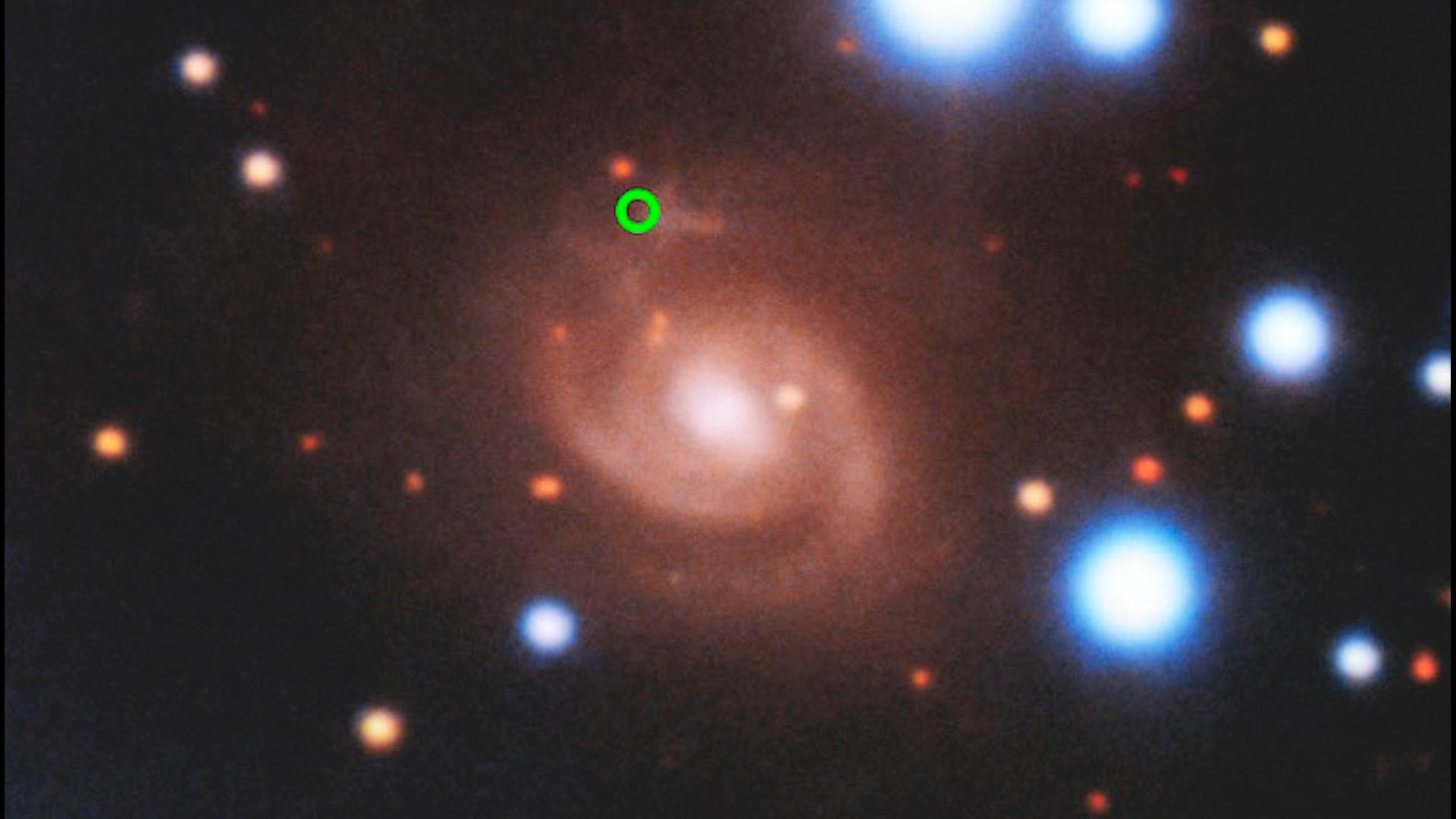 Fast radio bursts are having a moment in the science community.

After another repeating fast radio signal was traced to a nearby galaxy last month, a new study found that this burst occurs in a regular pattern -- sending signals to Earth every 16 days.

According to the new study published Feb. 3, this is the first time astronomers have identified a steady pattern in the FRBs. The first 28 cycles were detected between September 2018 and October 2019.

"We find that bursts arrive in a 4.0-day phase window, with some cycles showing no bursts, and some showing multiple bursts, within CHIME’s limited daily exposure," the study's authors wrote.

Where is this signal coming from? Besides tracing it to a galaxy 500 million light-years away (relatively nearby), scientists don't yet know. But, detecting the pattern is an important step to pinpointing an origin.

This repeating FRB was first detected in January 2020 using eight telescopes from around the world. The repeating pattern was discovered by the Canadian Hydrogen Intensity Mapping Experiment Fast Radio Burst Project (CHIME/FRB).

Canadian telescope CHIME is the same one that detected eight FRBs flashing from deep space in August 2019.

FRBs last only a few milliseconds but can expel more energy than 500 million suns. The first FRB was detected in 2007.

Yes, some suggest they could come from alien life. However, NASA's Jet Propulsion Laboratory says new data being collected doesn't fit quite right with any of these theories.

And, the discovery of an FRB repeating in a pattern definitely doesn't fit neatly into any of these explanations for the signal origins.

According to Space.com, patterns like this signal in astrophysics indicated a spinning or orbiting celestial objects.