Tuesday's launch marks the company's second launch of the constellation of networked satellites in a week. 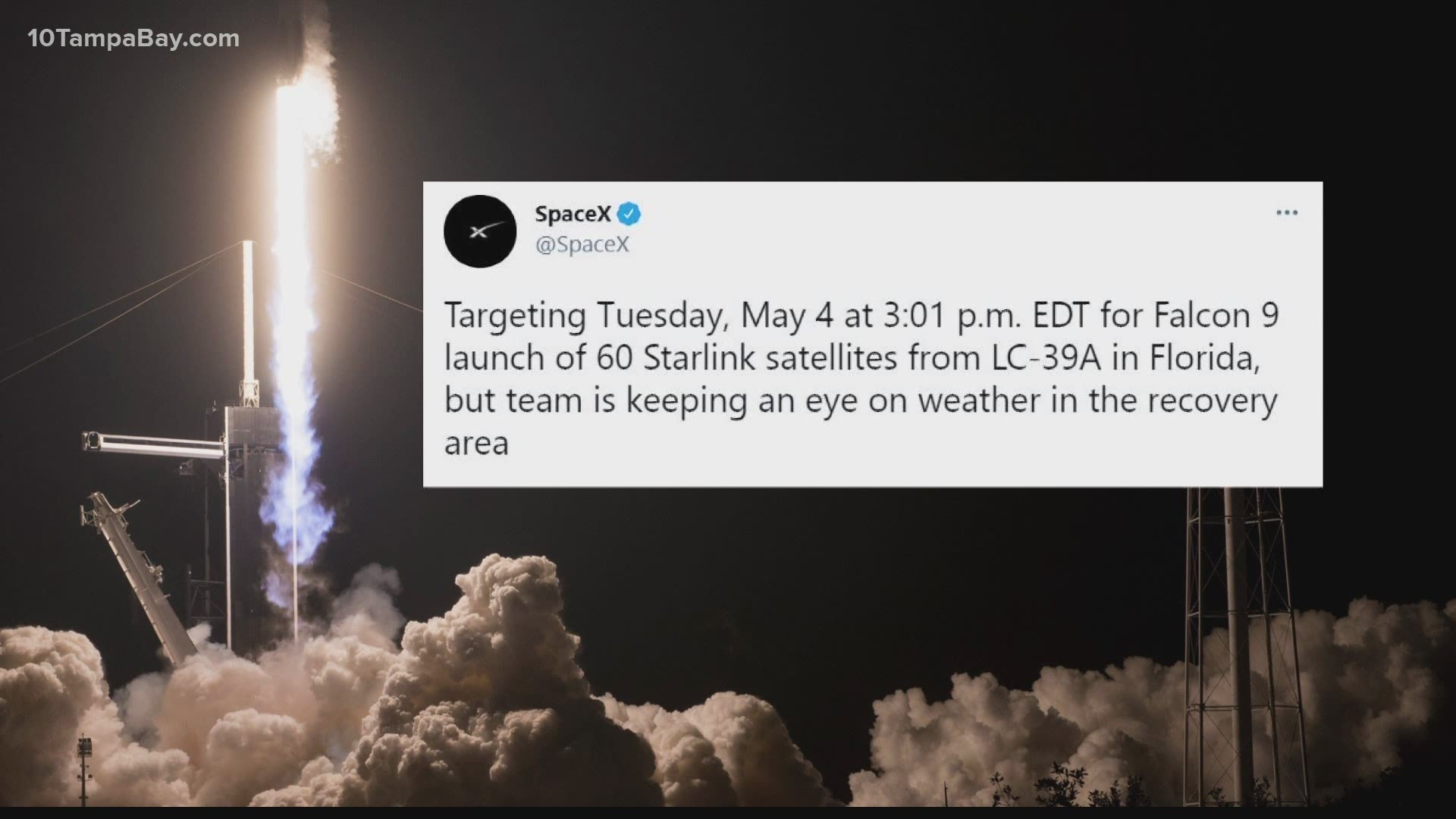 The 60 additions to the company's constellation of networked satellites blasted off from Kennedy Space Center atop a Falcon 9 rocket after being given the final "GO" for launch.

Nine Merlin engines roared to life to carry the satellites into space before stage separation brought the rocket's first stage back to Earth.

When Falcon 9 touched down on SpaceX droneship Of Course I Still Love You, it marked the 9th landing of the booster.

One hour post-launch, the commercial space company announced a confirmed deployment of the latest batch of satellites.

SpaceX has had a busy week: seeing liftoff, returning a crew of astronauts and preparing to attempt the latest flight test of its Starship prototype.

Now, the company spearheaded by Elon Musk will add one more task to its list – send the latest batch of 60 Starlink satellites into space.

SpaceX is targeting a 3:01 p.m. ET launch of the internet satellites atop a Falcon 9 rocket on May 4 but is monitoring the weather in the recovery area.

Should the rocket get off the ground, it will leave Earth from Kennedy Space Center's historic Launch Complex 39-A. It will also mark the 26th mission of the constellation of networked satellites.

Targeting Tuesday, May 4 at 3:01 p.m. EDT for Falcon 9 launch of 60 Starlink satellites from LC-39A in Florida, but team is keeping an eye on weather in the recovery area

"The goal of Starlink is to create a network that will help provide internet services to those who are not yet connected and to provide reliable and affordable internet across the globe," according to officials.

The Federal Communications Commission has authorized SpaceX to deploy some 12,000 Starlink satellites in low-Earth orbit. Satellites are already beaming signals to users who have signed up for Starlink beta testing.

Three viewing options from KSC are available for purchase online. The visitor complex will open at 10 a.m. for those who have purchased admission.

You can catch the mission from SpaceX live with coverage starting about 15 minutes prior to liftoff. Or you can tune into 10 Tampa Bay where we will be streaming live on Facebook and YouTube.