Traffic was rerouted off the highway for several hours in Tampa. 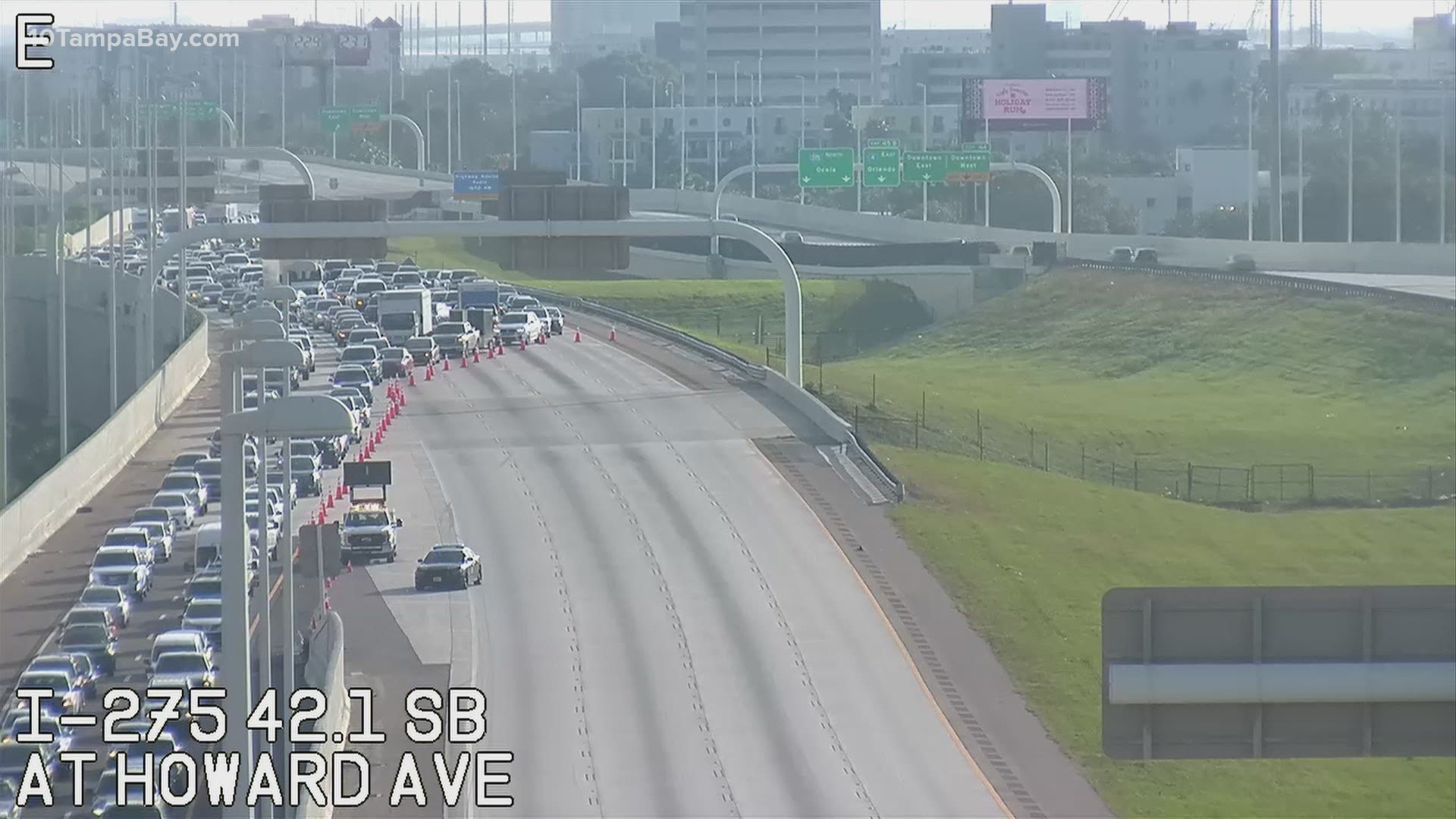 TAMPA, Fla. — A woman was driving the wrong way when she crashed head-on into a pickup truck early this morning on Interstate 275, according to the Florida Highway Patrol.

The 32-year-old Brandon woman died in the collision that happened just before 6 a.m. Sunday, troopers said.

She drove north on the southbound entrance ramp from Dale Mabry Highway to I-275 and hit the truck. It was carrying construction equipment, which scattered across the highway. The car spun around and into the shoulder, crashing into a guardrail.

The woman, who was not identified, died at the scene while the truck driver and two of his passengers were taken to the hospital with minor injuries. Everyone was wearing a seat belt, the Highway Patrol said.

Traffic cameras showed Florida troopers diverting traffic off I-275 to Howard Avenue for much of the morning.

#TRAFFIC ALERT | *All* southbound lanes of I-275 at Howard Ave. in Tampa are CLOSED due to a deadly crash. Traffic is backing up as troopers reroute cars off the highway. @10TampaBay pic.twitter.com/KawTeV3kOj