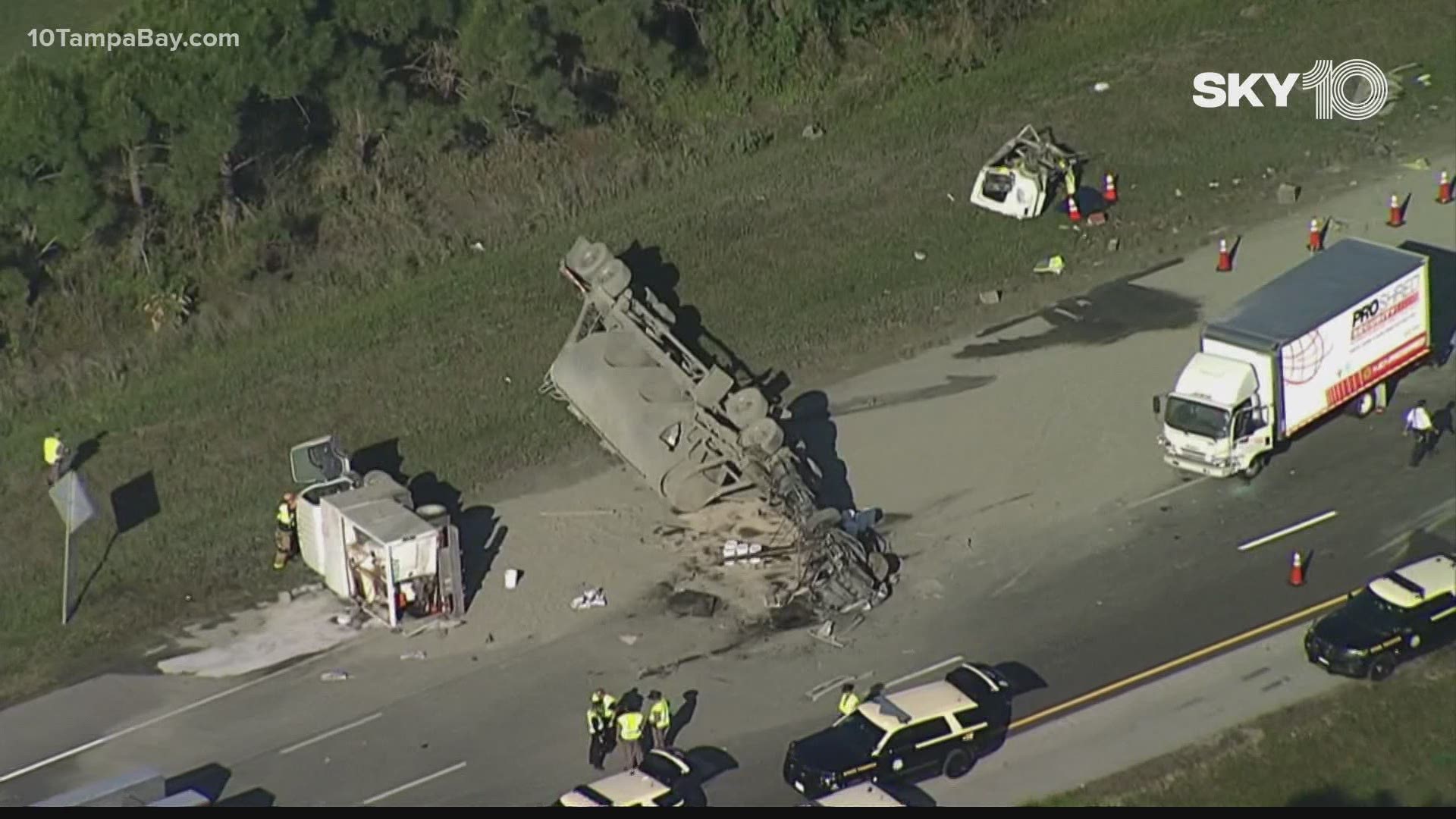 SARASOTA, Fla. — A deadly crash involving multiple trucks shut down southbound lanes of I-75 in Sarasota, according to Florida Highway Patrol.

Troopers say the deadly crash involved a rolled-over cement truck and another truck at mile marker 195 near Laurel Road. FHP says there is one confirmed death.

Caution Sarasota SB I75 Traffic... troopers are on scene of a fatal crash at SB 195 mm involving a rolled over cement truck vs. other truck & a separate crash at mm 194 with a rolled over septic truck. I75 SB traffic is being diverted at exit 200. pic.twitter.com/nATk2OFBuO