Most of Florida's gasoline arrives by ship, which might not affect prices too much in the short term. 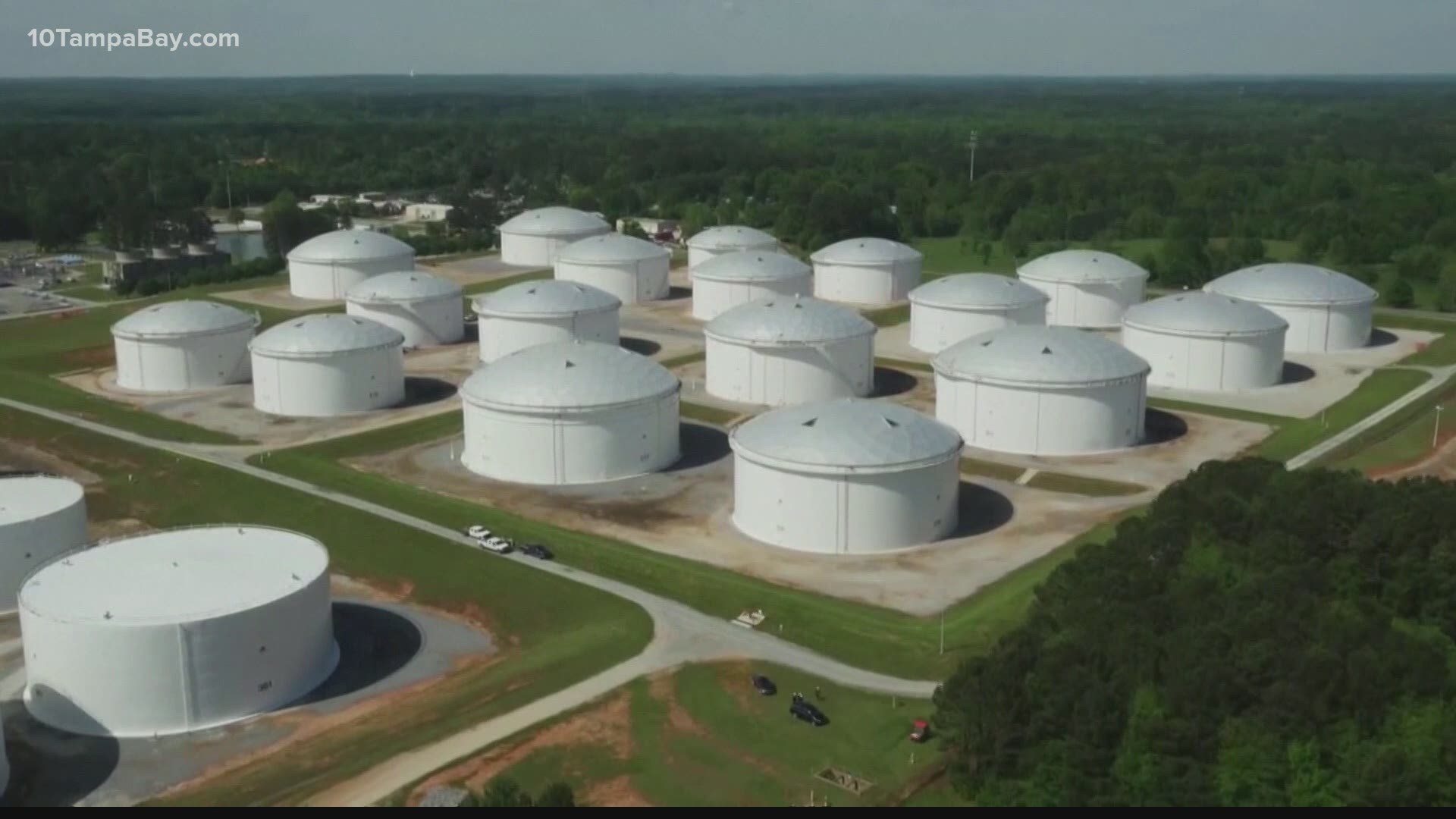 ST. PETERSBURG, Fla. — You’ve probably heard about a cyberattack on a huge gasoline pipeline in the Southeast. It’s a big deal because the Colonial Pipeline carries almost half of the fuel consumed along the U.S. East Coast.

“Obviously, the targeting on infrastructure and things of that nature seems to be pretty alarming,” said Mark Ostrowski, a cybersecurity expert with software firm Check Point Software.

Experts say the extortion attack on the Colonial Pipeline appears to have been carried out by a Russian group called Darkside Ransomware, which hacked into the control system to shut the pipeline down unless the company pays up.

“Very savvy folks, again with a reputation of using tools that have been proven over the years of being effective to extort money as well as, obviously, to create the disruption that they’re trying to create,” Ostrowski said.

Researchers at Check Point report a surge in hack attacks.

In recent weeks, they say, one out of every 88 utility organizations has seen an attempted ransomware attack. That’s up 34 percent just from the beginning of the year, tripling in the last nine months.

“They are targeting organizations where they have the biggest impact,” Ostrowski said.

Mark Jenkins with AAA says unlike the rest of the East Coast, Florida’s fuel arrives by ship. Nearly half of it comes through Port Tampa Bay, so we’re less likely to feel the impact of a gasoline supply shortage.

“The majority of the gasoline we get here in Florida comes from a waterborne vessel, or a ship, that carries that gasoline from those refineries in Texas, Louisiana, and Mississippi, all the way over to our coastline," Jenkins said.

If they can get things going again within a few days, experts say fuel costs are not likely to soar. But beyond that, a lack of supply could push prices higher. Or – in Florida – maybe not, Jenkins said.

“There could be this surplus of fuel that’s backed up that’s not being shipped along the pipeline,” Jenkins said. “They want to get rid of that. So, they could offer it to Florida at a discounted price. So, we could even see our gas prices decline as a result of this.”

Experts say this attack should serve as a warning to operators of all infrastructure systems, including electric, water and energy. Teaching employees to change their passwords or use multi-level authentication might not be enough.

“You need to have preventative technologies that recognize these fishing attempts,” Ostrowski said. “Blocking them at the front door, and also be able to monitor in points systems and to be able to then immediately respond and move from detection to prevention and stop these things from happening.”