Kids left in hot cars can die in less than an hour with rising summer temperatures. It's why the US Department of Transportation has launched a new campaign. 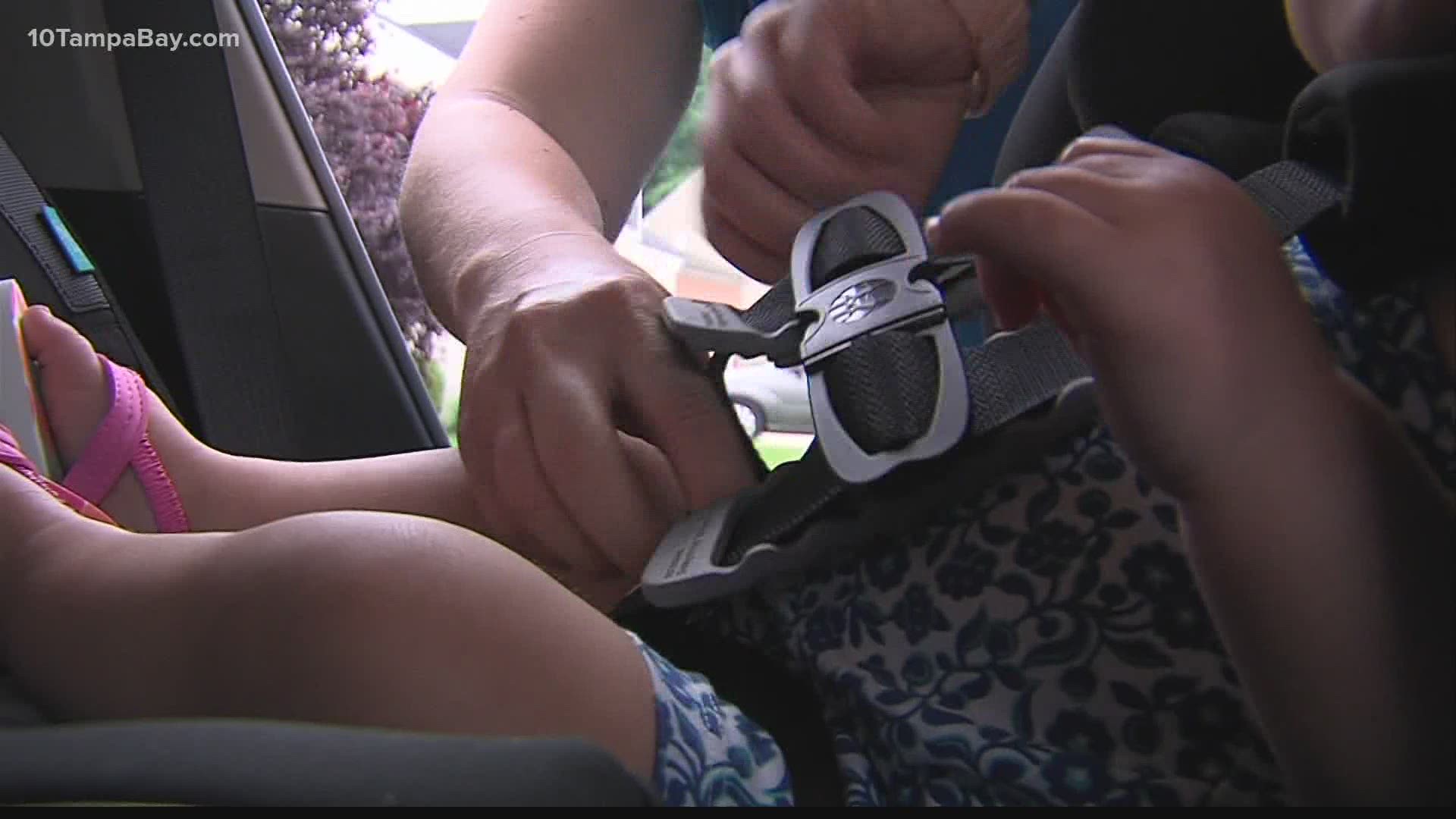 TAMPA, Fla. — The COVID-19 pandemic has changed normal routines, and while not as many people are driving to work every day, some are still on the roads.

Here in Florida and many other states, there's no question it's incredibly hot outside. That's why the US Department of Transportation has launched a new $3 million campaign called "Park, Look, Lock" to prevent more tragedies.

"It's important for the public to understand that even if they don't have a child of their own, neighborhood children can climb into an unlocked vehicle during the hot summer months, with tragic consequences," Secretary Elaine Chao of the US Department of Transportation said.

As part of their new campaign, the USDOT stresses these deaths are 100% preventable.

While some might think the shade may be a bit safer, experts say that's not true. The USDOT reports heatstroke deaths inside cars parked in the shade with temperatures less than 80 degrees.

RELATED: How does a parent forget a child in a car? A neuroscientist explains