Investigators said the baby was only a few months old. 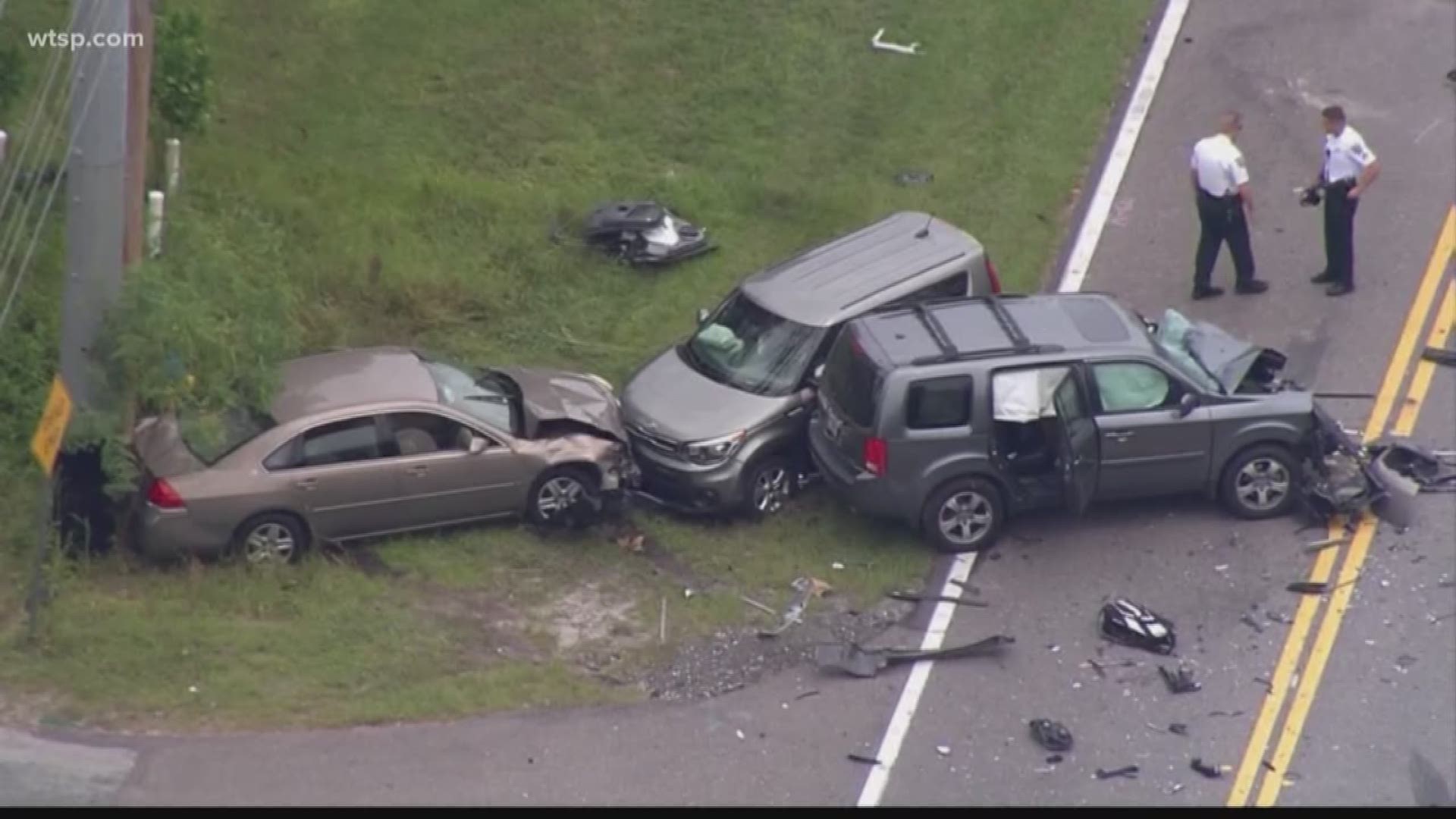 LUTZ, Fla. — The Hillsborough County Sheriff's Office said an infant was hurt in a multi-car crash that shut down both directions of Van Dyke Road Friday afternoon.

Investigators said the baby was only a few months old and is in critical condition.

A total of eight people were in the vehicles involved in the crash and five of those people were taken to the hospital. At least four vehicles were involved.

Investigators say the crash happened around 2 p.m. when a 4-door sedan ran a stop sign on Brown Road and crashed into a vehicle traveling eastbound on Van Dyke Road.

One of the drivers involved in the crash was 90 years old, according to law enforcement.

Deputies are on scene and trying to piece together more information.