Construction took over 2.5 years and officials say it is expected to cut down trips over from an average of 15 minutes to 2 minutes. 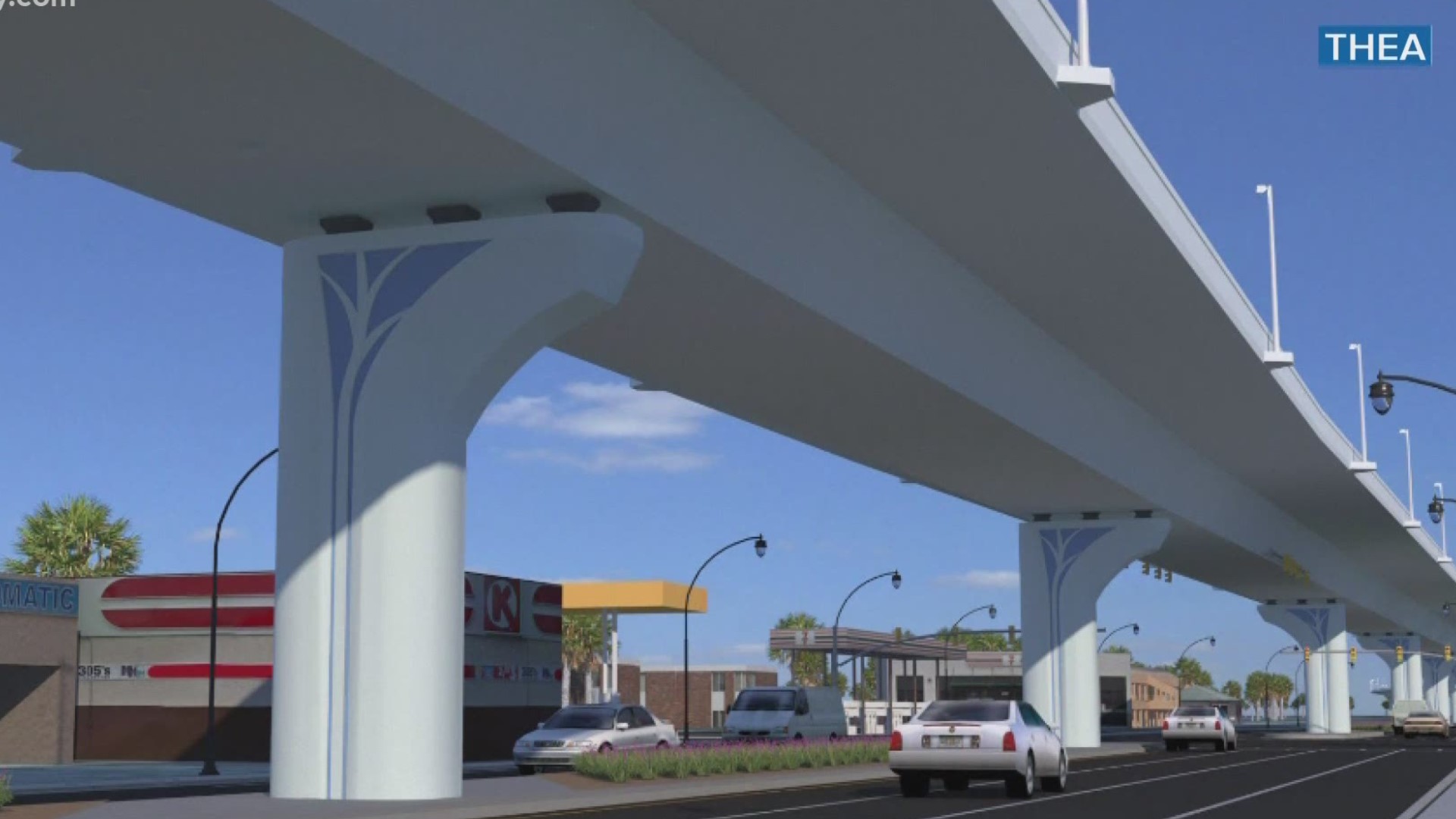 TAMPA, Fla — After nearly 2.5 years of construction, the Selmon Extension over Gandy Boulevard is just about ready to open.

Starting Monday, drivers will have the option to take the $230 million roadway project's connector from Brandon to Pinellas County.

"That's all paid for out of our toll revenues and our toll bonds. We didn't get any tax funds to build that project, nor do we get tax funds to build our other projects," said Joe Waggoner, the executive director for the Tampa Hillsborough Expressway Authority.

The project is unique since nearly the entire extension is a 30-foot tall bridge. Contractors doubled the extension's height so that the businesses along Gandy Boulevard still have ample light and visibility.

"The slightest silver lining to the pandemic, because traffic was down so much, we're actually able to give the contractors more time to close lanes and to move the work along," Waggoner said.

Ahead of the official opening on Monday, highway directional signs have been installed and covered, ready to be revealed once the road is officially open.

Once it does open, commuters can expect to see an immediate impact.

Here's what you need to know about the Selmon Extension ahead of Monday's opening ➡️ https://t.co/jEubRXoe6f pic.twitter.com/OBI7y1H5wH

By cutting out the time on Gandy Boulevard, travelers can expect to take their drive time from around 15 minutes, down to 2 minutes.

The trip will cost you though. It will be 95 cents for Sunpass holders and $1.31 for those with Toll-By-Plate billing.

You can get an idea of what accessing the latest addition to Tampa Bay's roadway infrastructure looks like in the video below:

Based on maps from Tampa Hillsborough Expressway Authority (THEA), there are two specific entry points to the Selmon Extension based on where you are trying to go.

Drivers can access the elevated 1.9-mile toll lane via Gandy Boulevard and Dale Mabry Highway. By accessing the extension, drivers will be able to access a direct connection to the LeeRoy Selmon Expressway, Dale Mabry Highway, or the Gandy Bridge.

"By separating commuter traffic from local trips, the Selmon Extension will offer safer and smarter regional connectivity," the roadway's webpage said, in part.

THEA offers the more basic approach map below to give drivers an idea of how they will get head on to the extension. Drivers can find a more in-depth interchange map here.

If you're still not sure of something ahead of opening day, you can get an answer to frequently asked questions about the Selmon Extension here.