Howard Frankland Bridge reopens to traffic hours ahead of schedule 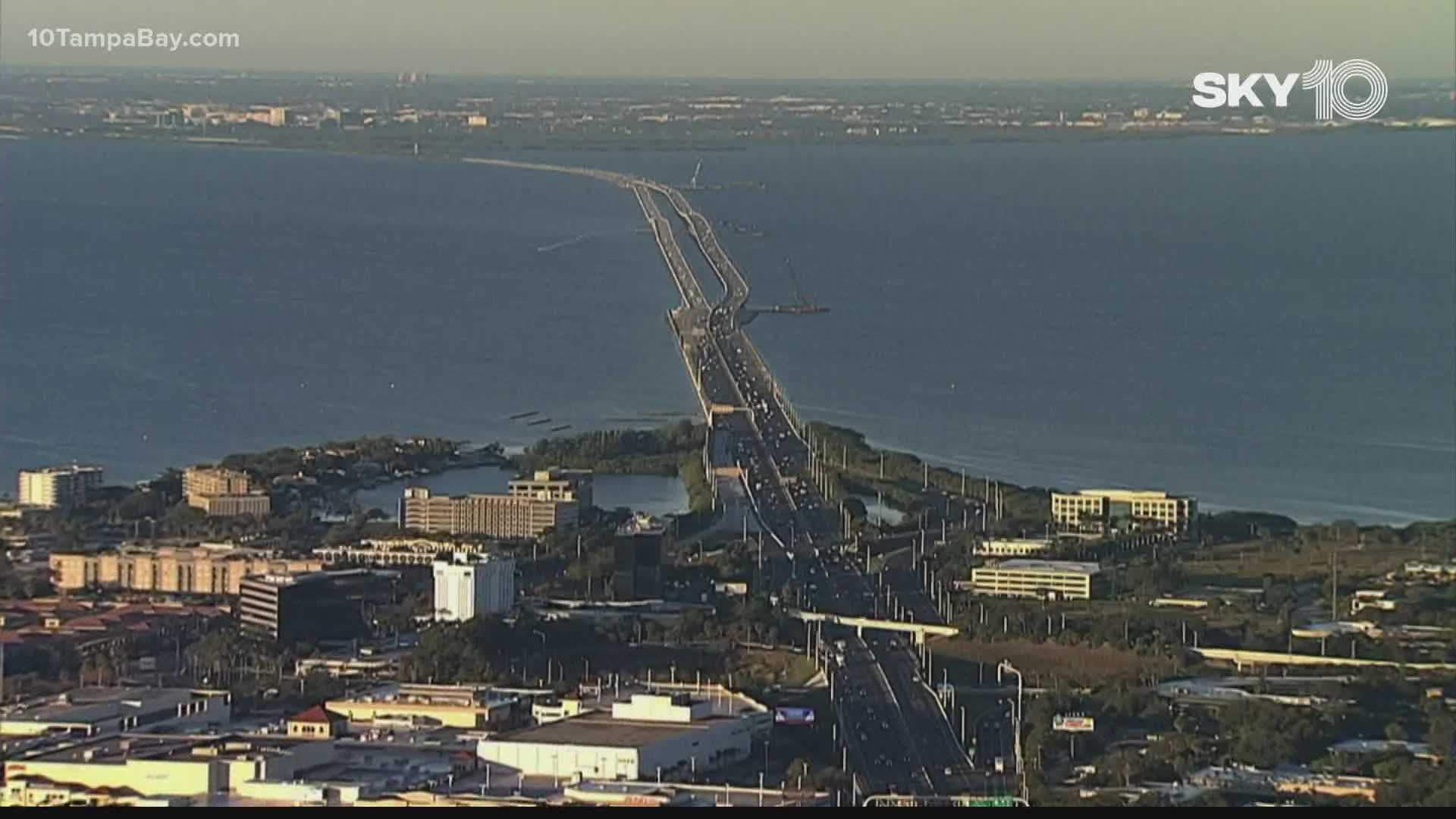 The Florida Department of Transportation said crews are three hours ahead of schedule, so the bridge has reopened to traffic early instead of the original noon Sunday time.

Workers overnight removed the 4th Street N. bridge overpass over Interstate 275. The southbound I-275 Exit 32 (4th Street N.) will be closed likely through the remainder of the year.

The closure of one of the Tampa Bay area's busiest bridges has been rescheduled.

Weather permitting, all lanes of the Howard Frankland Bridge are now closing for nearby construction work from 8 p.m. on Jan. 16 until noon on Jan. 17.

The temporary shut down is so construction crews can remove the 4th Street North Bridge, which crosses I-275. The work is part of the Gateway Expressway project.

Florida Department of Transportation is telling drivers to factor in roughly 30 extra minutes of travel time during that timeframe due to anticipated congestion on other bridges and roadways during the closure.

The following roadways will remain open through the construction process, according to FDOT: Roosevelt Boulevard, Bayside Bridge, Courtney Campbell Causeway and Memorial Highway.

"Electronic message boards and temporary signage will assist I-275 northbound and southbound motorists traveling around this closure via the posted detour route using Roosevelt Boulevard, Gandy Boulevard, and Dale Mabry Highway," FDOT said in a release.

Work was initially set to take place the week prior, but FDOT says it "needed bridge equipment" that would not have shown up in time for the work to begin on Jan. 9.