Tropical Storm Cristobal is moving north through the Yucatan Peninsula and will return to the Gulf of Mexico early Saturday. 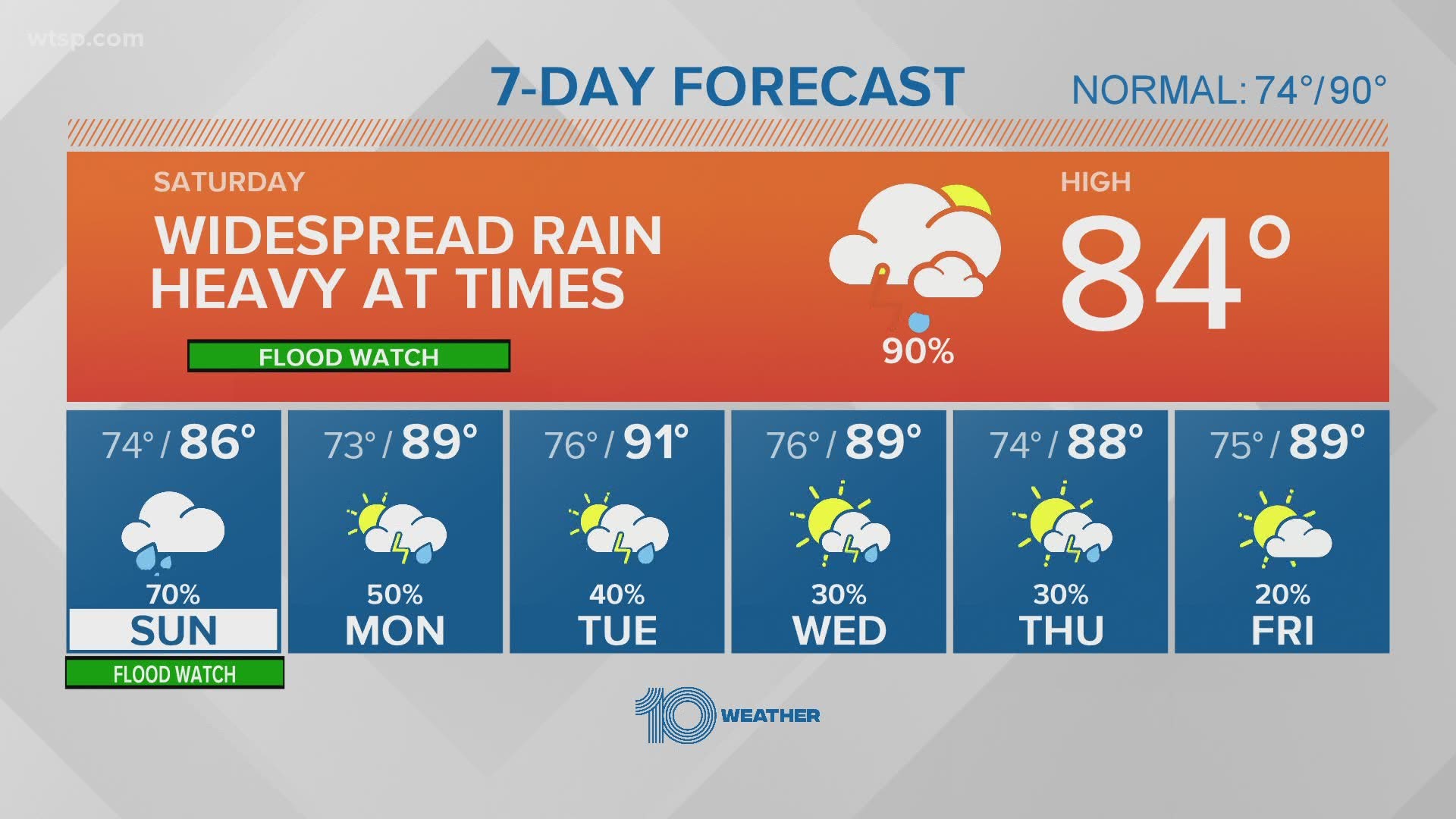 Tropical Storm Cristobal is moving north through the Gulf of Mexico and will continue to bring heavy rain, potential storm surge to parts of the area this today and tomorrrow.

The storm continues to strengthen as it tracks north toward the U.S. coast with a landfall late Sunday likely along the Louisiana coast.  The heaviest rainfall will fall east of the center, especially along the Florida panhandle.

Even though the center of the storm will stay in the central Gulf, there will still be impacts in Tampa Bay including periods of heavy rain, rough surf, strong currents and rip currents, and higher than normal tides (storm surge) for the coastal communities.

Track the storm at our Hurricane Headquarters

A Storm Surge Watch is in effect for coastal Citrus and Hernando Counties. Tides will be running 2-4' in along the coast of Hernando and Citrus counties, but only 1-3' above normal in the Tampa Bay area.

Rain showers will continue pushing into the Tampa Bay Area this evening, and a Flood Watch is in effect through Sunday at 8 p.m. due to increased chances of persistent rain and potentially heavy downpours.

Areas with poor drainage could see some flooding concerns. m,