Tropical cyclone likely to develop in the Gulf tonight or tomorrow, could become Claudette

Models continue to bring a Saturday landfall near Texas and Louisiana. Florida may see increased rain chances early next week, but it's still too early to know. 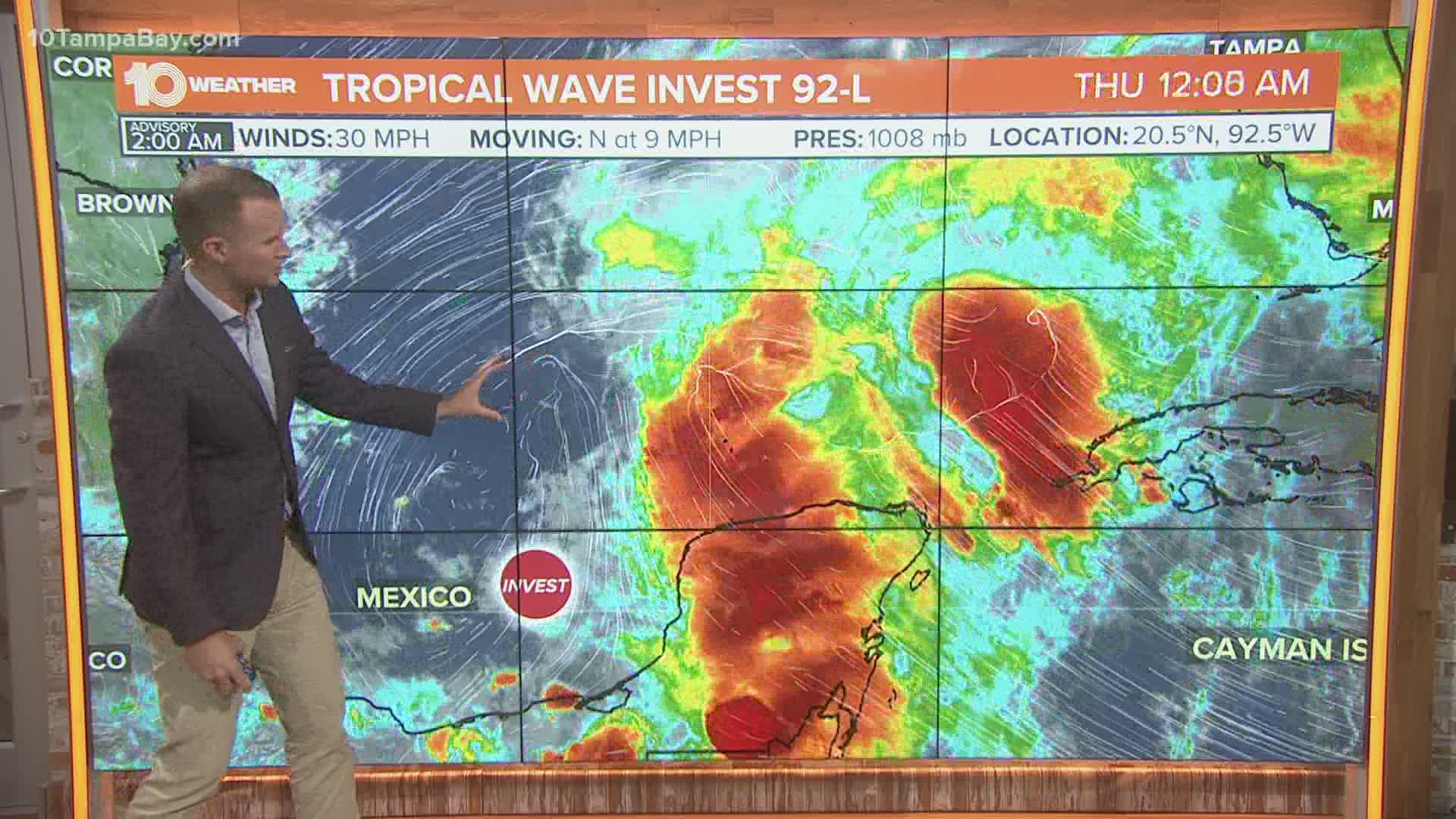 Invest 92-L is finally starting to move north out of the Bay of Campeche. The National Hurricane Center (NHC) expects the disturbance to develop into a tropical cyclone later today or Friday.

While the system is still disorganized, more development is expected Thursday and Friday as it pulls away from land areas in the Bay of Campeche.

If Invest 92-L becomes a tropical storm, it will be named Claudette.

The graphic above is one of the popular American forecast models, called the GFS (Global Forecast System). This model has consistently been predicting a tropical depression or tropical storm will develop in the Gulf of Mexico late this week and make landfall early Saturday near Texas and Louisiana.

The graphic below is the European forecast model which has shown similar development and tracking.

When trustworthy models agree with each model update, meteorologists call it "model consensus." This increases the confidence in a given forecast.

It's still too early to know precisely where the disturbance will go and what it will look like when it reaches the Gulf Coast. However, confidence is growing that heavy rainfall will fall over the northern Gulf Coast.

The GFS forecast model in the graphic below shows that parts of Louisiana, Alabama, Georgia and the western panhandle of Florida may see the heaviest rain, where about 6-10 inches of rain may fall. Some areas may see more.

Tropical storm winds may also develop where the storm makes landfall, which may bring some areas of storm surge. Heavy rain could begin in some areas Friday.

So will Florida have any impacts? At least through Saturday, very few impacts are expected to be felt in Florida. The daily sea breeze pattern will continue producing showers and thunderstorms.

However, depending on the eventual track of the tropical cyclone, Florida, including the Tampa Bay area, may see increased rain chances by the late weekend or early next week.

Model consensus isn't there yet for that part of the forecast.

So for now, Florida will have to wait and see how the storm develops and eventually tracks.