The crane was being used by the Archer Western-de Moya construction company. A man was inside when it fell, but he wasn't hurt. 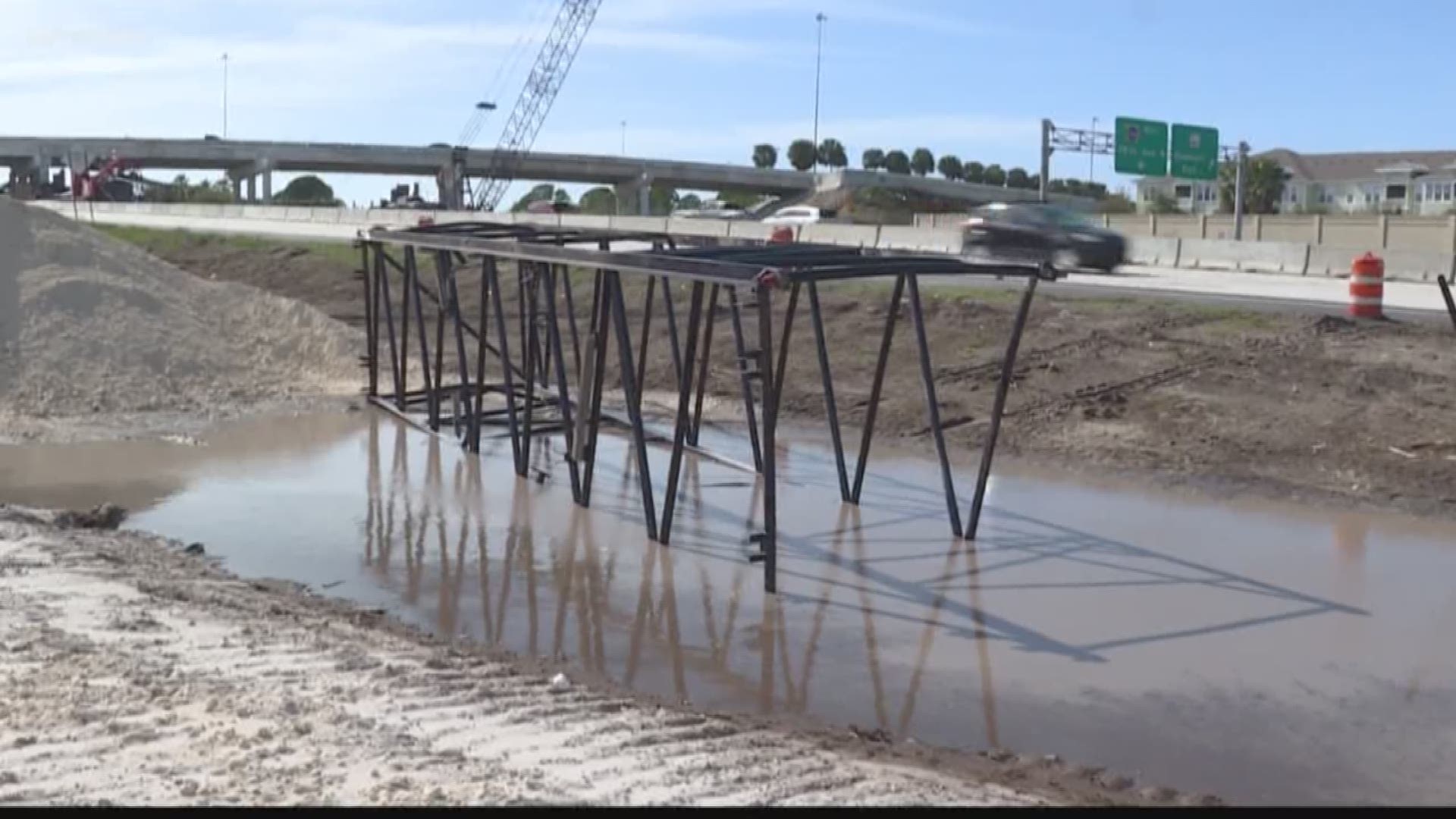 ST. PETERSBURG, Fla. — Strong winds knocked a crane over Thursday onto the northbound lanes of I-275 North, causing some to question how that happened.

"It just missed all of us as a tornado was going through on I-275. I was thanking my lucky stars," driver Chris Ellington said.

The crane that stands more than 200 feet tall narrowly missed Ellington and several other drivers who were headed to Tampa. The crane was being used by the Archer Western-de Moya construction company.

A man was inside when it fell, but he wasn't injured.

"When the crane fell they all came running out and telling us, 'Stop! Stop! Everybody stop,'" Ellington said.

Florida Highway Patrol tell 10News the crew was working on the Gateway Project which will widen lanes on the overpass above I-275. FDOT says there are nearly 50 active construction projects around Tampa Bay right now, and many of them use cranes.

In this case, the crane was not secured because the contractor never anticipated winds that strong even though they knew bad weather was coming.

"They cut it in half and took each piece off the highway. That way we could all get moving," Ellington said.

Ellington says all drivers were stuck for almost two hours. He's thankful no one was hurt.

"On the way back to Tampa I thanked God like 20 times! Another 8 to 10 seconds earlier, and I would've been underneath that crane," Ellington said.

FDOT says any damage caused by the crane should be covered by the contractor and it's insurance carrier.

RELATED: 1 person hurt after tree falls down on family home with 7 people inside