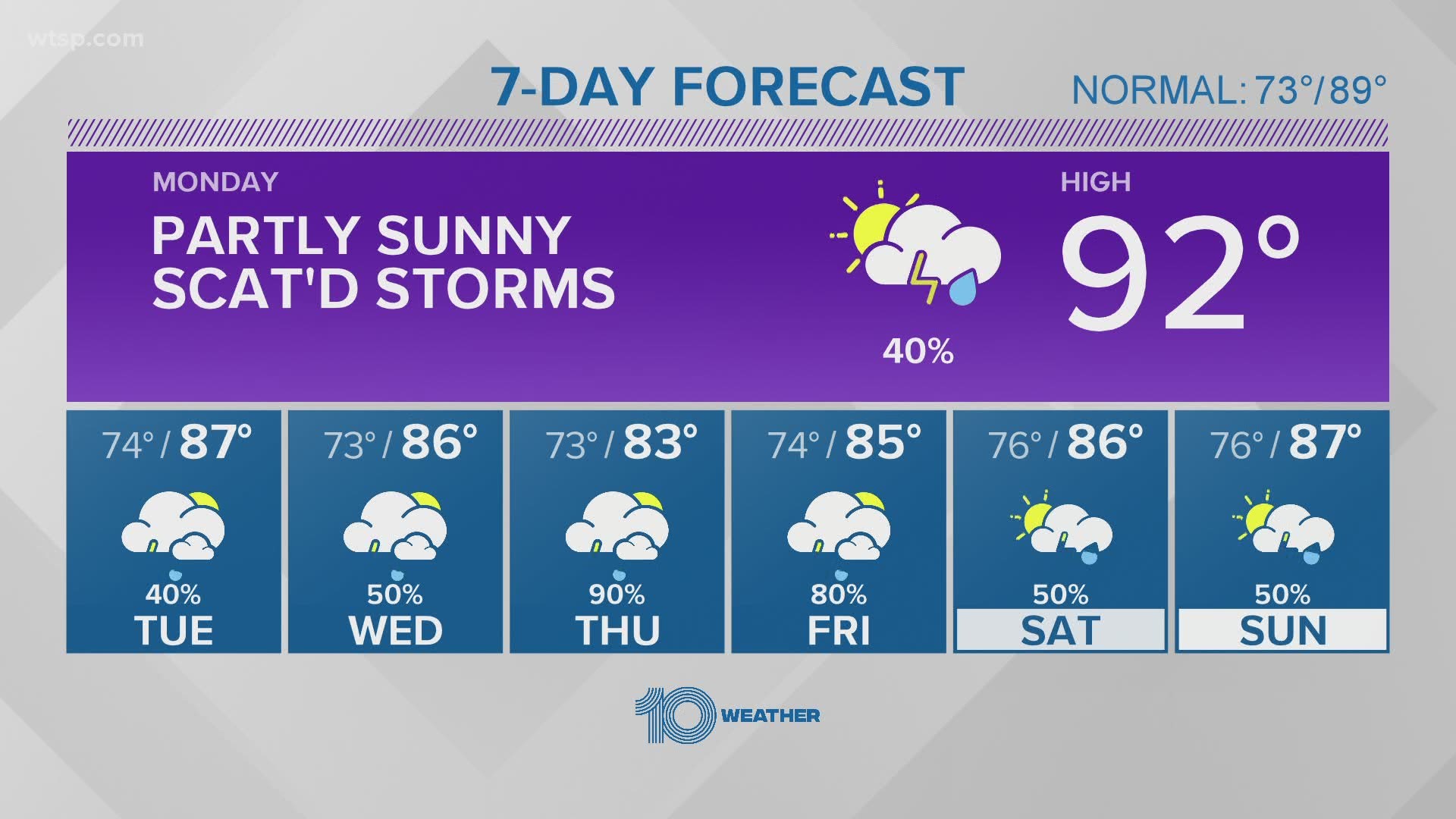 It developed around the area near Wellfield Park before crossing the street and into a Publix store at 1445 E Venice Ave.

The city of Venice said both goal posts at the Pop Warner football field were damaged, while the Publix store had damage to its roof.

It's suspected a microburst -- a sudden gust of destructive winds -- ripped off a carport from someone's house on W. Desirade Avenue and sent it into another home.

A complete storm report, with information about the tornado's track and strength, is expected Tuesday, the NWS said.