Tampa Bay most vulnerable to damage, flooding with major hurricane

The Washington Post highlighted what it calls the region's lack of preparedness when faced with rising sea levels and a hurricane plowing into the bay. 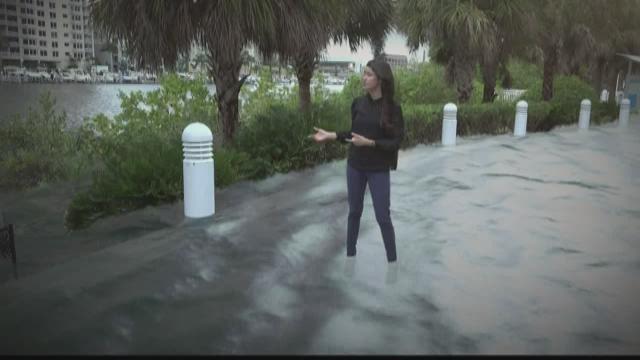 Considering the picturesque beaches and overall ease of living, there's likely not much -- or it's not worth -- worrying about catastrophe in the Tampa Bay region.

But should a major, category 3 or higher, hurricane plows through, a serene setting becomes a disaster.

The Washington Post on Friday, July 28, highlighted the region's lack of preparedness when faced with rising sea levels and a hurricane slicing into the bay. Despite the region's white sand and a booming metropolis, it is the most vulnerable in the United States to damage and flooding if a storm were to make a direct hit.

More: Tampa Bay one of the top most vulnerable areas to sea level rise, scientists say

A 2015 study by Karen Clark & Co. concluded the area stands to lose $175 billion if such an event unfolded. The analysis points to where the region sits on Earth, with a sloping and shallow continental shelf on Florida's west coast.

The bay also creates a funnel of sorts. If a major hurricane and its 111+ mph winds blow across, all of that water has to go somewhere -- into the cities.

"If we have a Cat 3 storm come up through Hillsborough Bay, where you're standing now would be 15 feet underwater," Tampa Mayor Bob Buckhorn said in an interview with the Tampa Bay Times on the plaza outside City Hall. "We all know that. …

It's been about 100 years since the last major hurricane hit Tampa Bay, and it was in 1946 that a category 2 storm on the modern-day Saffir-Simpson hurricane wind scale made landfall.