NHC drops odds of development to 10% for disturbance in Caribbean

The National Hurricane Center has been tracking a disturbance all week but says development of this system appears unlikely. 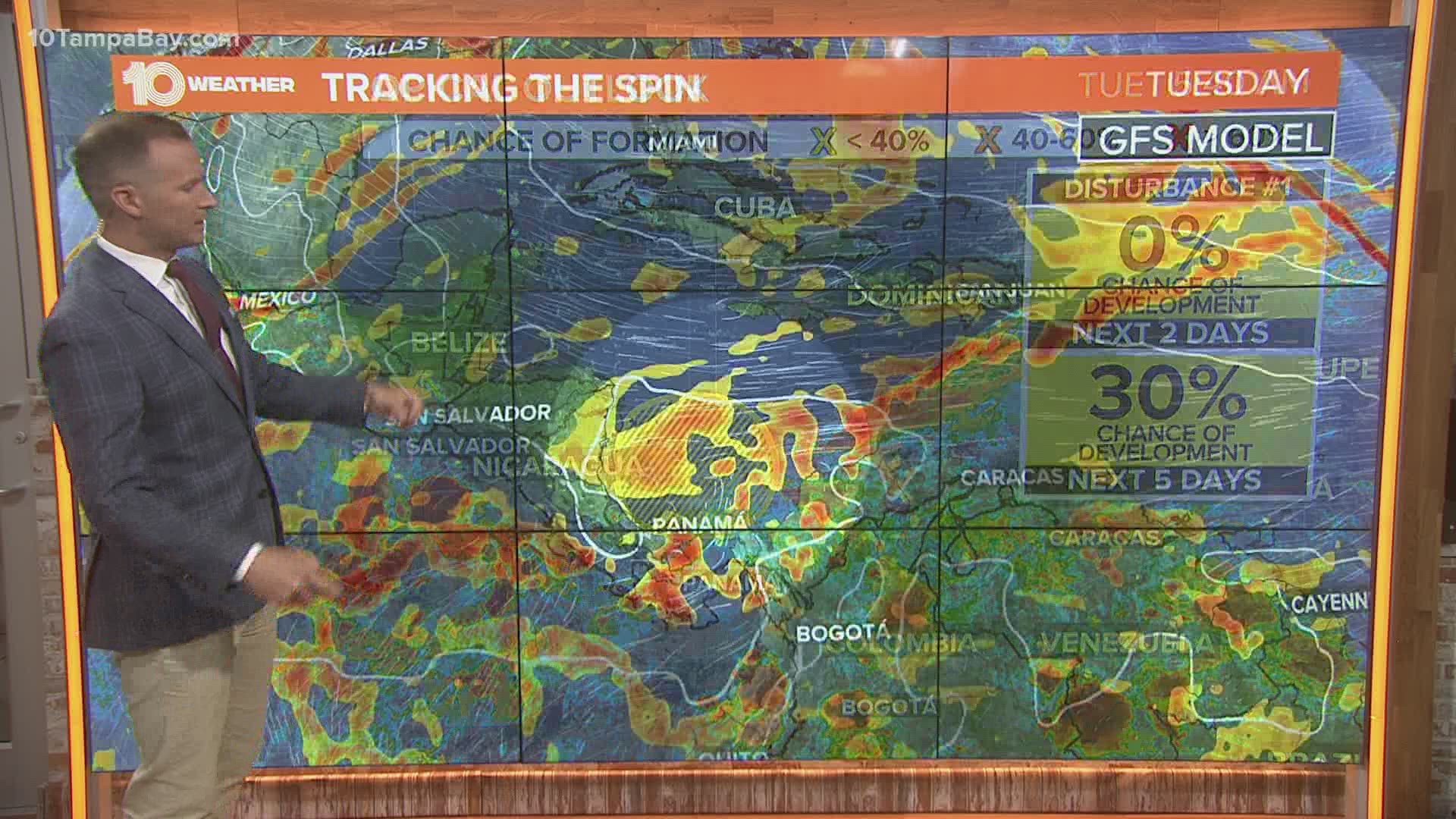 The National Hurricane Center (NHC) continues to track a disturbance in the southwestern Caribbean on Wednesday but says the area of concern is now unlikely to develop.

As of Wednesday afternoon, the NHC gives the disturbance a 10 percent chance of developing into a tropical depression or named storm over the next five days. This is down slightly from the 20 percent forecasted Tuesday.

A broad area of low pressure is expected to develop in this area over the next couple of days. While significant development of this system isn't likely, heavy rain will be possible for parts of Central America, the National Hurricane Center said.