Key terms you need to know during hurricane season in Florida

These are the most common terms you'll hear this hurricane season. Here's what each of them means. 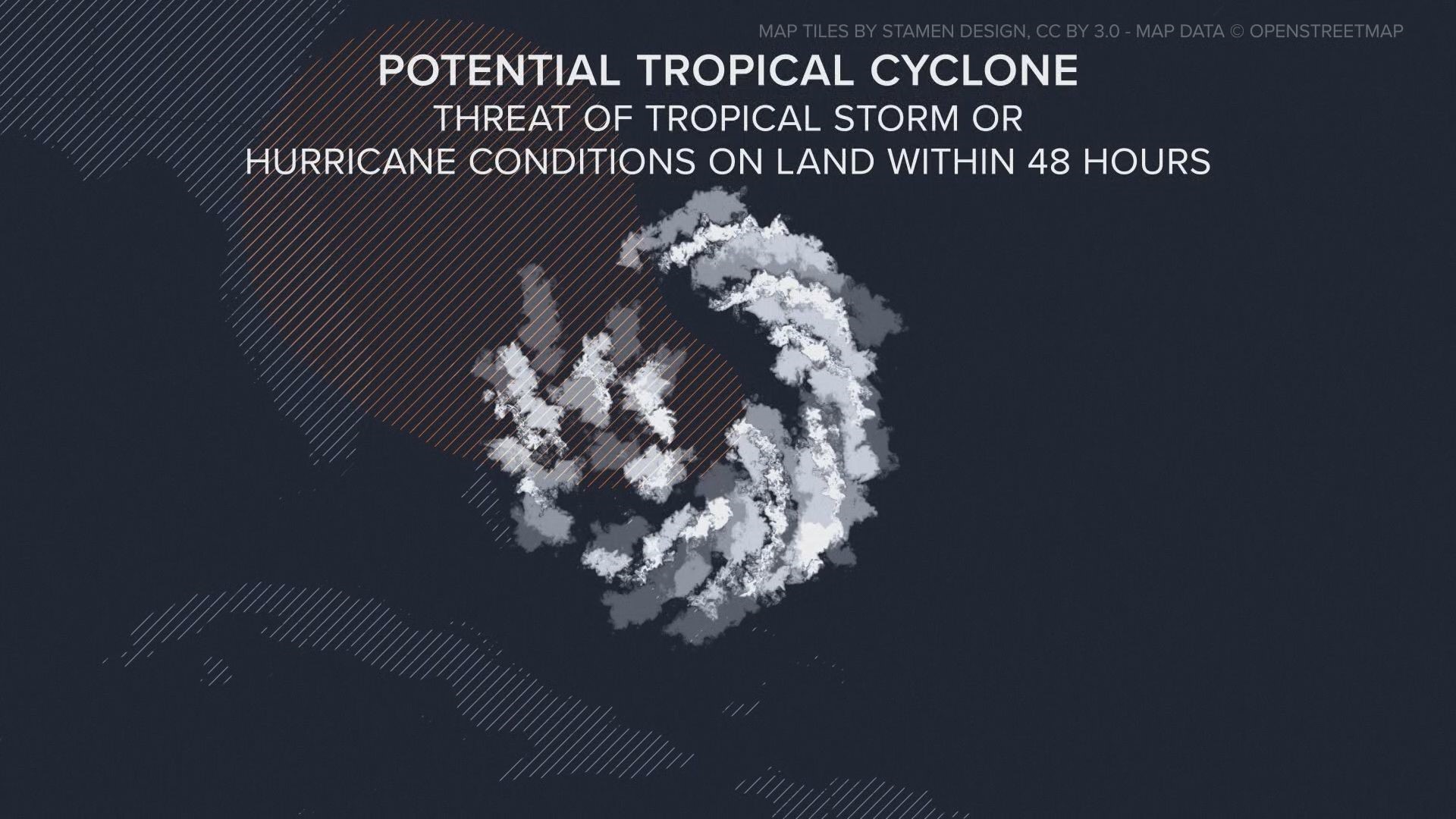 Official information issued by warning centers describing all tropical cyclone watches and warnings in effect, along with details about location, intensity and movement. Advisories also include precautions that should be taken.

The roughly circular area at the center of a severe tropical cyclone where the winds are comparatively light. The eye is either completely or partially surrounded by the eyewall cloud.

An organized band or ring of cumulonimbus clouds that surround the eye, or light-wind center of a tropical cyclone. The terms eyewall and wall cloud are used interchangeably.

An announcement that sustained winds of 74 mph or higher are expected somewhere within a specified area in association with a tropical cyclone. The warning is issued 36 hours in advance of the anticipated onset of tropical-storm-force winds.

An announcement that sustained winds of 74 mph or higher are possible within the specified area in association with a tropical cyclone. Because hurricane preparedness activities become difficult once winds reach tropical storm force, the hurricane watch is issued 48 hours in advance of the anticipated onset of tropical-storm-force winds.

Generally refers to areas that do not receive a direct hit from a tropical cyclone but do experience hurricane-force winds or tides of at least 4 feet above normal.

An abnormal rise in sea levels accompanying a hurricane or other intense storm creating a life-threatening situation.

A tropical cyclone in which the maximum sustained surface wind speed is 38 mph.

A generic term for discrete weather systems that originate in the tropics or subtropics and maintain their form for 24 hours or more.