NHC: Tropical Depression 22 expected to strengthen as it moves over Gulf

Further strengthening is possible heading into the weekend. 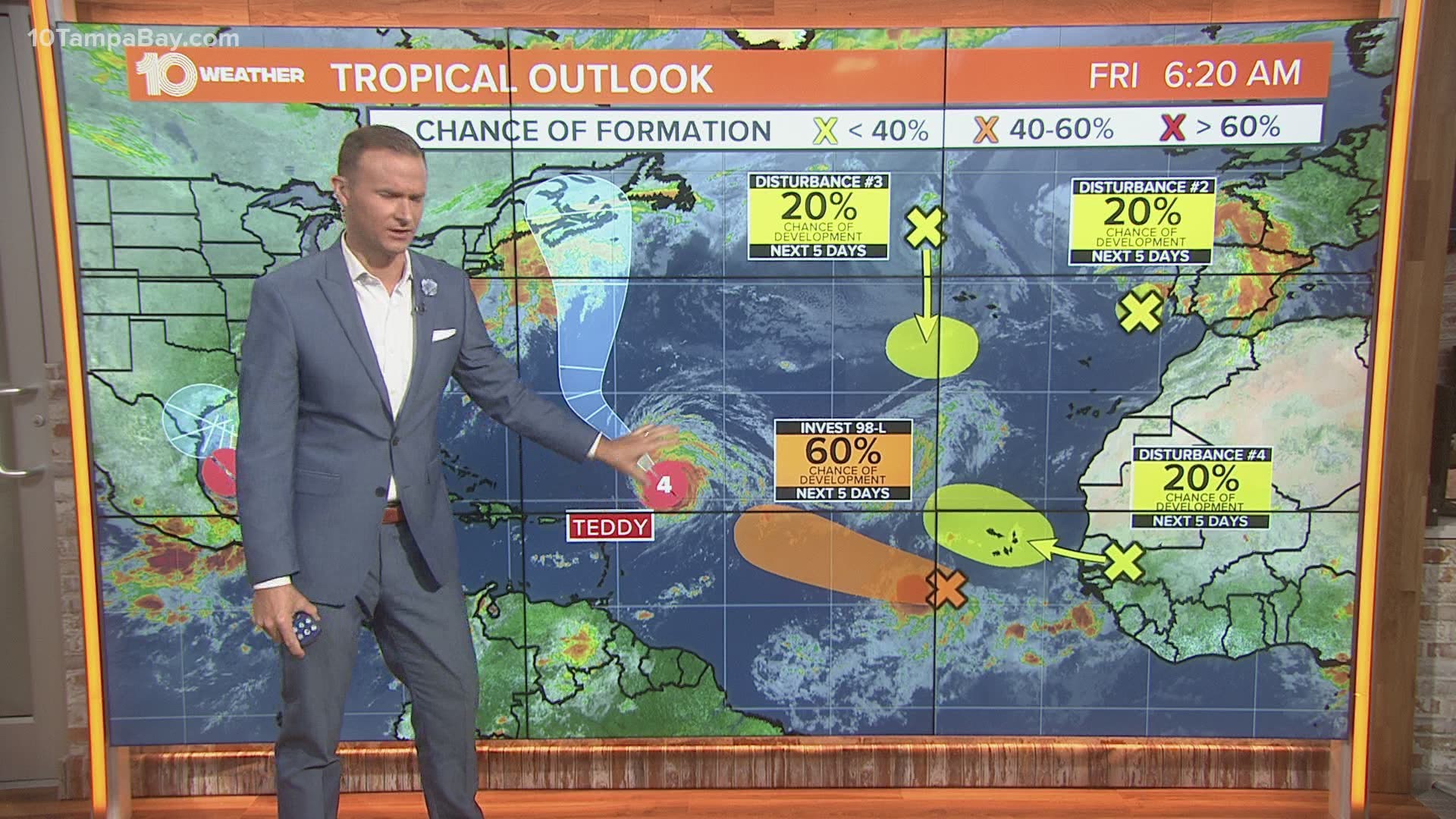 The storm is approximately 235 miles east of Tampico, Mexico and is moving northeast at 3 mph and showing sustained winds of 35 mph.

The depression is forecast to move slowly to the north through the weekend with a turn north and then west anticipated over the weekend.

Some strengthening is possible during the next couple of days with a chance for the tropical depression to become a tropical storm Friday and near hurricane strength by Sunday, according to the NHC.

With the activity in the Atlantic, it is no surprise we are officially in peak hurricane season. In addition to Tropical Depression 22, there are several other areas we are watching, including Category 4 Hurricane Teddy.

Once we run out of names we head into the Greek alphabet.