Tropical Depression 17 is slowly moving west-northwest over the central Atlantic. 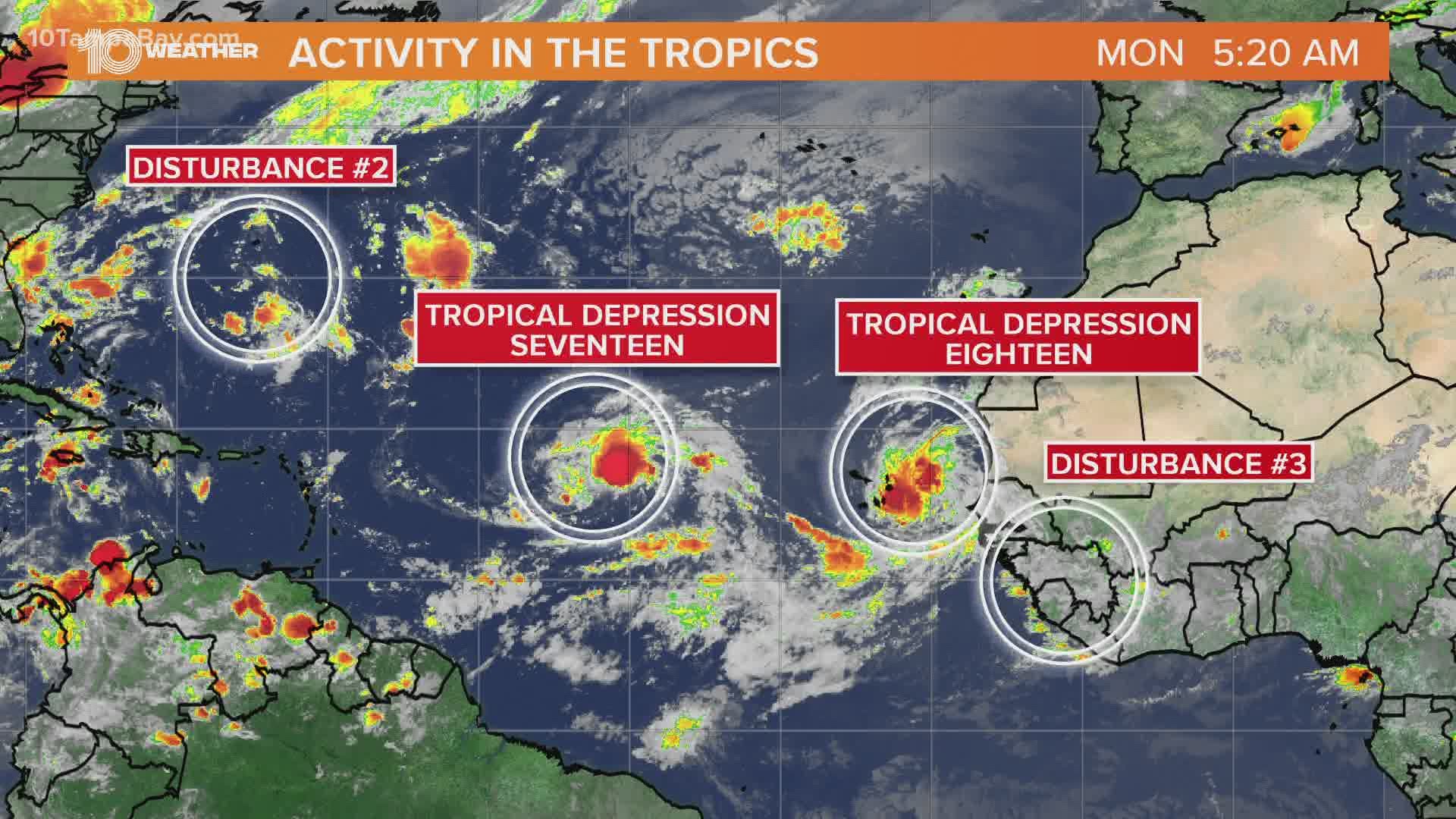 Invest 92-L had a 100-percent chance of developing into a tropical depression either Sunday night or early Monday before it officially became Tropical Depression 17.

At this point, the system will be in the central tropical Atlantic. From there, many of the forecast models curve the system north away from land, but there is a lot of time and space for this system to evolve.

The record-setting activity of the 2020 season continues, and it's really no surprise as we approach the peak of the Atlantic hurricane season on Sept. 10.

Much more activity is brewing off the east coast of Africa -- as well as in the western Atlantic and Caribbean -- where multiple areas of interest will have the potential to develop over the next week or so.