Why a rocket launch gets 'scrubbed'

Weather causes the majority of rocket launch delays and scrubs. 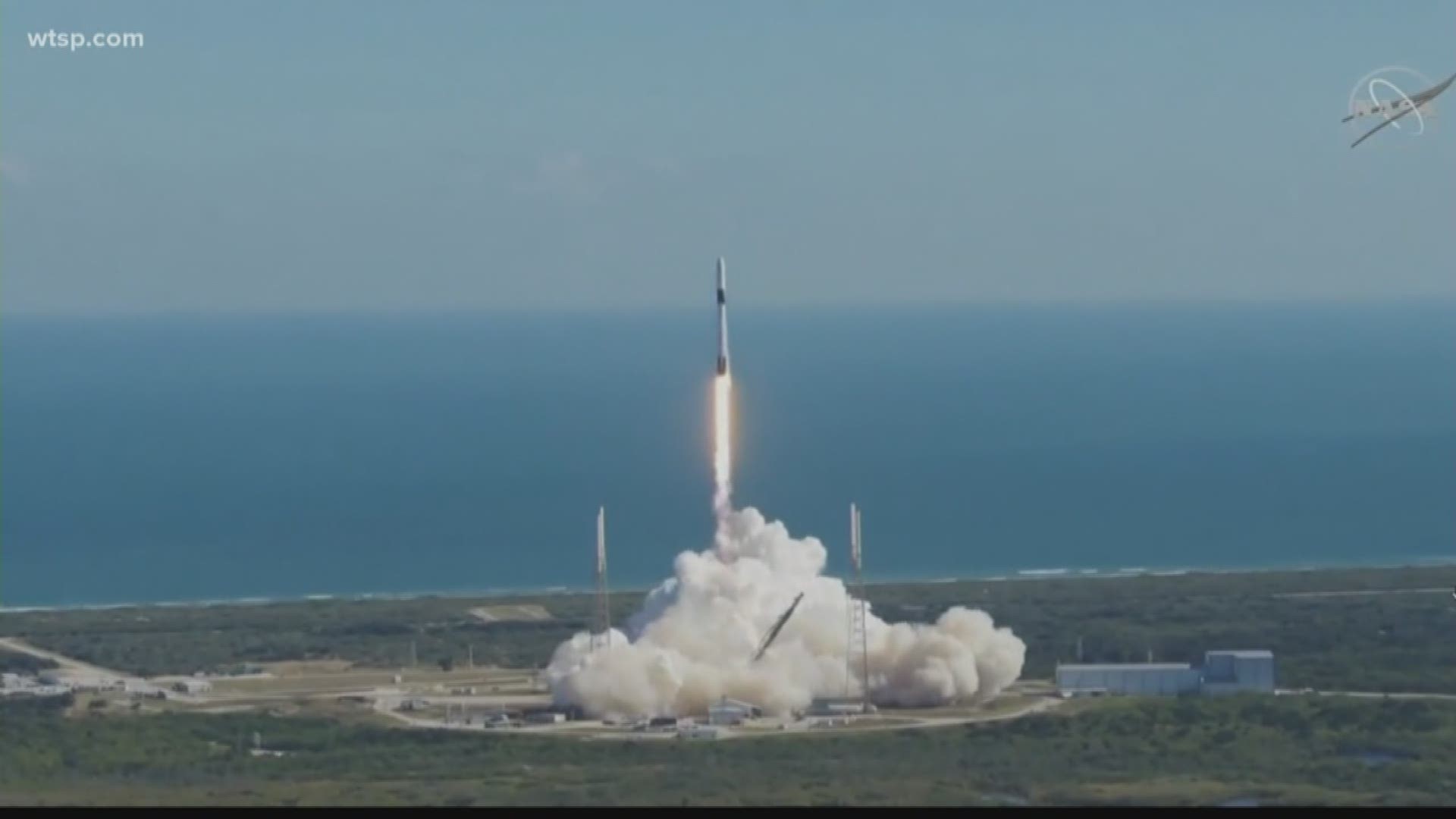 There are few things as exhilarating as watching a rocket launch into space. Until they don’t. Yesterday’s SpaceX Falcon 9 launch was scrubbed due to the weather.

Scrubbed means they’re no longer going to try to launch that day and that they’re going to come back another day and try again. For yesterday’s SpaceX Falcon 9 launch, they scrubbed until today and successfully launched at 12:29 pm.

So what can cause a scrub? Weather is the single greatest cause for launch delays and scrubs. But a scrub can also be caused by technical concerns with the rocket, spacecraft, payload or ground systems. If any of the sensors detect an abnormality, the launch will be “held” to investigate any issues and can end up being scrubbed. There can even be unforeseen nature issues. A woodpecker once caused a shuttle launch delay after pecking more than 200 holes in the external fuel tank.

People can also cause issues. Airplanes and boats can cause launch problems if they wander within the determined safety range of the rocket.

But back to the weather, which is often the culprit in a scrubbed launch attempt. The Air Force’s 45th Weather Squadron provides the weather forecasts for the launches. This is where forecasts like “90% Go” are made. If any aspect of the weather is unfavorable, SpaceX will postpone the launch and wait until the weather improves. In most cases, this means scrubbing, delaying a day or more.

What are the typical weather concerns? Mainly wind, clouds and lightning.

High winds near the ground or high up in the atmosphere can scrub a rocket launch due to possible control problems of the rocket as it shoots into space. If the winds near the launch pad reach or exceed 35 mph, the launch will be scrubbed.

But it was winds high in the atmosphere that scrubbed yesterday’s launch. This is where those Air Force meteorologists analyze something called vertical wind shear, the change of wind speed as you go up into the atmosphere. Too much wind shear can be too much for the rocket to handle.

Clouds can also cause a launch scrub. A cloud layer that’s thicker than 4,500 feet can extend into freezing temperatures aloft, and that can create issues that endanger the rocket’s safety.

Lightning is also very dangerous to rocket launching. About 30 percent of weather delays are related to lightning avoidance rules, according to NASA. There must be no lightning strikes within 10 nautical miles of the launch pad in the 30 minutes prior to scheduled launch time.

Those rules are put in place and regulated by the Federal Aviation Administration. Because rockets require a large amount of propellant to launch into space, lightning could pose an explosive danger. If lightning were to strike the rocket mid-launch, it could veer off course and crash into a populated area. This could mean that the navigation systems are inoperable, and even the termination system meant to keep us humans and the thousands of pounds of cargo aboard the Falcon 9 safe from a crash.

In 1986, NASA launched the NOAA’s GOES-G weather satellite on a Delta 3194 rocket; but just 71 seconds after launch, it was struck by lightning and the engine shut down. NASA had to destroy it 20 seconds later, using the craft’s termination system, before it could hit the ground.

An Atlas-Centaur rocket carrying a Navy satellite in 1987 triggered lightning in flight. This caused NASA range safety officers to immediately send a radio signal to destroy the entire craft to prevent it from veering off and endangering populated areas along the Florida coast. The fiery wreckage fell into the Atlantic Ocean about three miles off Cape Canaveral just 49 seconds after it left the ground.

This is actually why launches usually take place under relatively clear skies.

So, while it can be a let down when launches are scrubbed, safety always comes first.