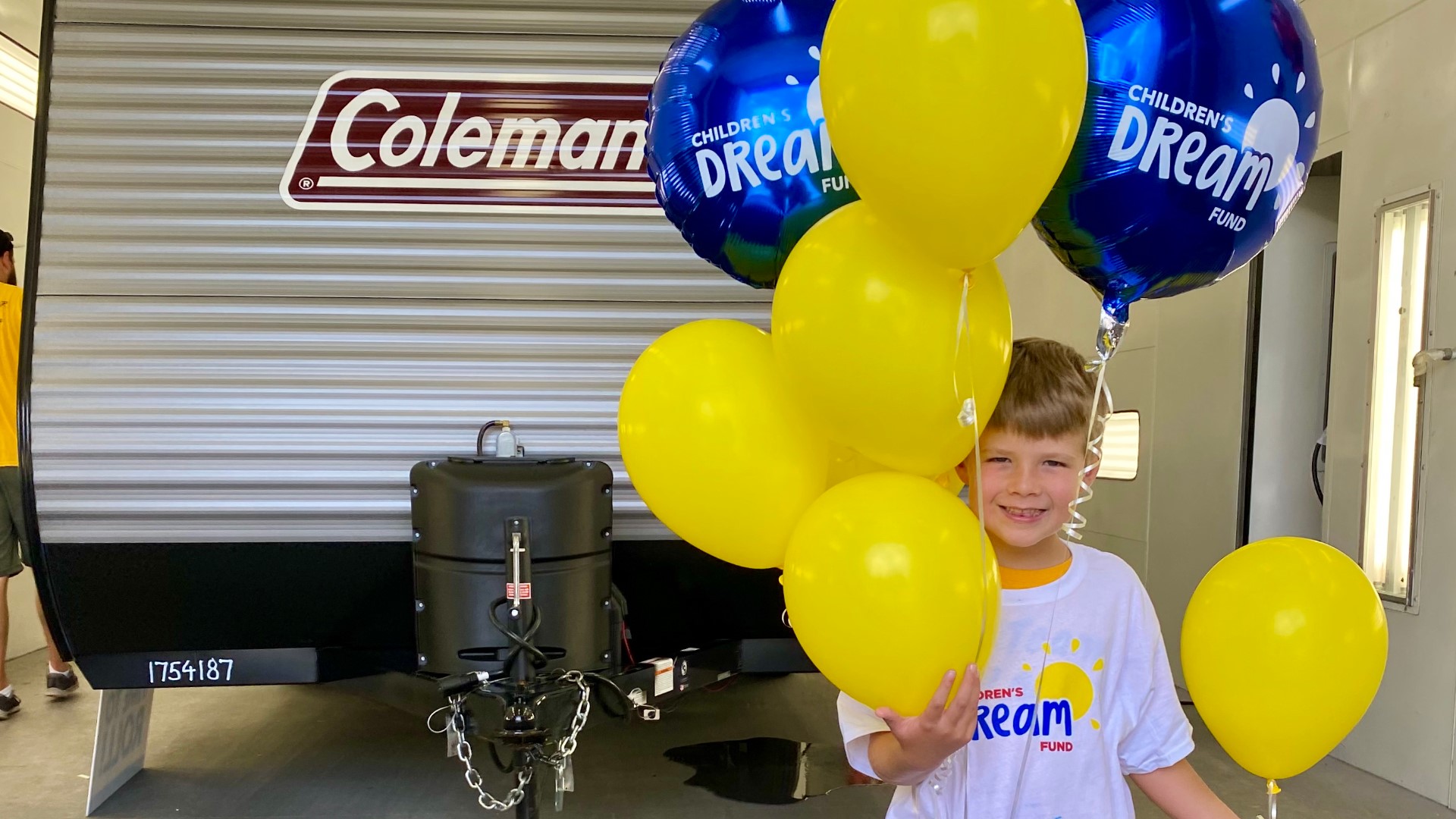 WIMAUMA, Fla. — What kid doesn’t like candy? Landon Thorpe’s favorite is marshmallows. He even named his teddy bear after his favorite treat.

The six-year-old got his fill of marshmallows – and then some – this week when his dream came true.

“When they showed me, I freaked out,” he said

On June 23, Landon was surprised with his very own camper filled with candy and a Sno-cone machine! The Children’s Dream Fund partnered with the Camping World location in Dover, Fla.  to make Landon’s dream reality.

“They gave us everything we’d need to go on our first trip,” said his mother, Katrina Thorpe.

Landon had happy memories of camping with family and friends before he was diagnosed with leukemia in 2018.

Two years of cancer treatments altered his taste buds. Doctors used to crush his chemo pills in chocolate to get him to take it.

He was introduced to his Dream Coordinator, Caitlin Garnett, at the Children’s Dream Fund. She asked him to think about what he would consider a “dream-come-true”.

“You can camp all over the world,” Landon said.

The family was given a personal camper. Camping World outfitted it with candy, plates, napkins, and everything else the family will need for trips together.

Landon’s favorite feature is the bunk bed. His sister, Aubrey, loves the fireplace. The Thorpes hope to take a trip to Fort De Soto park soon in their new camper.

The Children’s Dream Fund has been making dreams come true for children with life-threatening illnesses since 1981. Currently, 112 children are anticipating a dream-come-true.