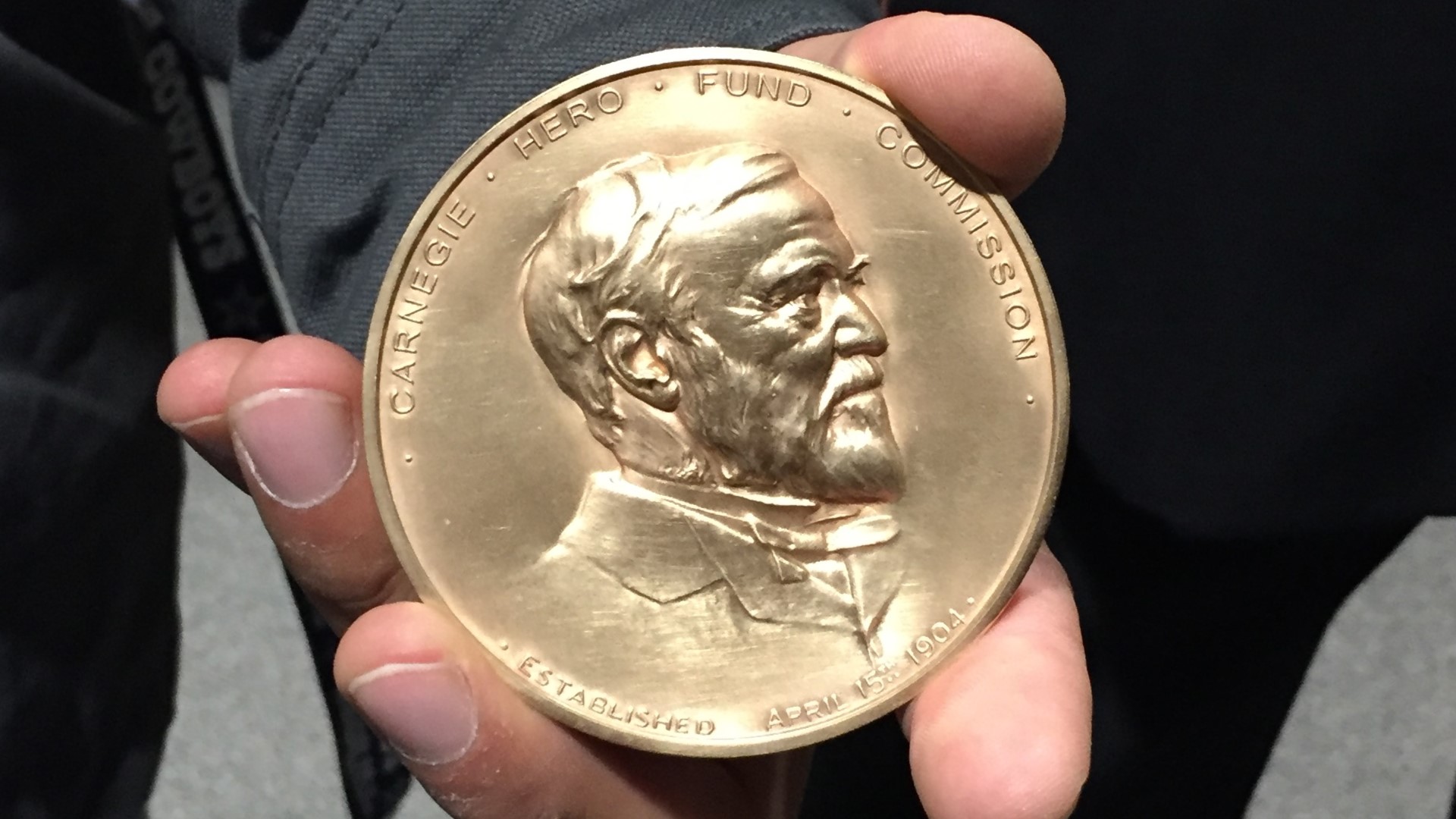 On October 13, 2018, Cooper was vacationing in Pass-A-Grille with his family when he heard thrashing in the water. Nearby, two kids had become separated from their family and were struggling in the water. Two other siblings were caught in the current.

Their mother was trying her best to save them.

Without thinking twice, Cooper jumped off the fishing pier and started swimming towards two of the kids in distress. He was able to drag them to shore, cutting up his legs and hands in the process. The children he rescued survived. The other two were eventually rescued. The mother, sadly, died in her attempt to save the children.

RELATED: From orphan to author: Tom Crowell aims to help veterans with his WWII-inspired book

“I wish it never would have happened,” said Cooper, who lives in Fort McCoy, Fla., and has worked as a correctional officer here for eight years since moving to the Sunshine State from Indiana. He credits his training and understanding of how to “slow down stuff” as it’s happening for keeping himself calm in the moment. “I was just happy I could help out of couple kids.”

His story caught the attention of Eric Zahren, in Pittsburg, Pa. Zahren, the president of the Carnegie Medal Hero Fund Commission, submitted Cooper’s story of heroism to the rest of his 21-member board for consideration for the distinguished Carnegie Medal.

Cooper’s story touched them all. He was selected to the 15-person, June 2020 class of Medal recipients.

“I thought it was a scam,” chuckled Cooper, recalling the day he got the Carnegie letter in the mail.

“Scott is definitely worthy of this award,” said Zahren, who has served as president for three years. “Scott was the epitome of the selfless hero that we endeavor to honor through the commission.”

According to its website, the “Carnegie Medal is given throughout the U.S. and Canada to those who risk their lives to an extraordinary degree while saving or attempting to save the lives of others. With this second announcement of 2020 recipients, a total of 10,168 Carnegie Medals have been awarded since the Pittsburgh-based Fund’s inception in 1904. Commission Chair Mark Laskow said each of the awardees or their survivors will also receive a financial grant. Throughout the 116 years since the Fund was established by industrialist-philanthropist Andrew Carnegie, $41.8 million has been given in one-time grants, scholarship aid, death benefits, and continuing assistance.”

Cooper, a humble man, has shied away from making a big deal out of his water rescue. He did what he had to do, he says. Yet, he is thankful for the recognition from Zahren and the rest of the Carnegie board.

“He saw two young children and he reacted,” said Zahren. “He knew someone’s life was in danger knowing full well that he was putting his own life in danger in doing so.”

Cooper hasn’t seen the children he rescued since their encounter and isn’t sure if he ever will. He doesn’t want to “trigger” them with bad memories of losing their mother. He would, however, like to learn of how they’re doing two years after their interaction.

Because of COVID-19, the Medal will likely not be delivered in person this year. Getting the handmade medal to Cooper is still in the planning stages. The medals are custom made and include the name of each recipient. The Simmons Brothers company in Philadelphia has been making them for Carnegie years. The back of each medal includes the biblical scripture verse from John 15:13, which reads, “Greater love has none that this, that a man would lay down his life for his friends”.

“It’s very humbling. I’m still kind of taking it all in,” said Cooper. “To be honored, it’s not something I’m used to. I’m a pretty quiet person. I’m a pretty laid-back kind of guy.”