Gary King has seen "profound" online response to his 'HAPPINESS' signs, which he started putting on display in November 2019 to help him fight his own depression. 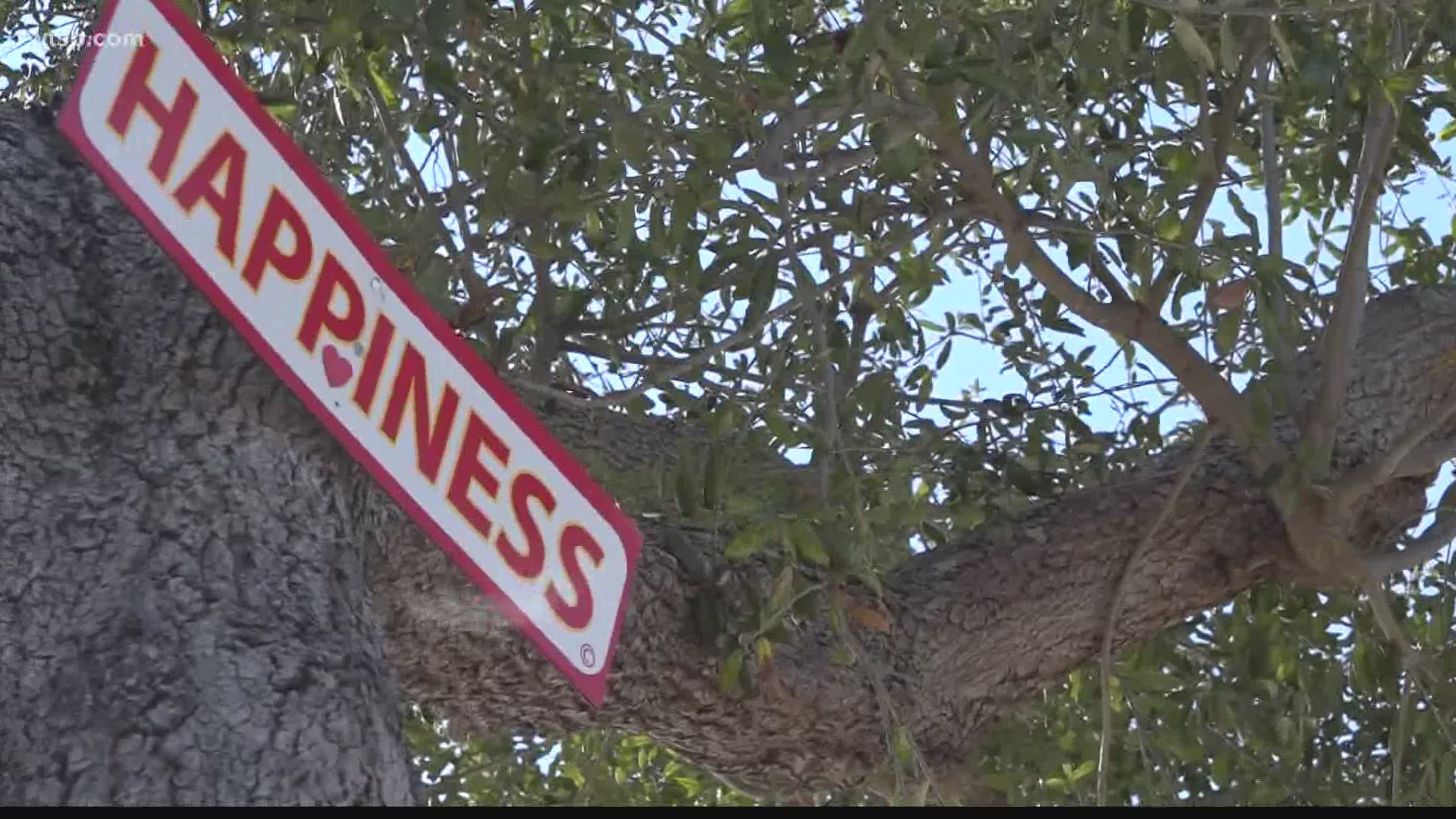 ST. PETERSBURG, Fla. — It seems like a lifetime since we first met Gary King. The St. Pete man had just nailed his 48th 'HAPPINESS' sign to a telephone pole. His message then is similar to now.

The world is not.

The simplicity is intertwined with his mission to create a happier hometown.

Since last fall, Gary has been nailing signs containing a single word –HAPPINESS – to trees and telephone poles in the city limits. He takes photos and posts them on Facebook and is cheerfully surprised by the positive reactions.

“I started this experiment the first week in November 2019 and the effects for me have been profound,” he said. “People go on there and they say, ‘Oh my God, I felt awful and then I saw HAPPINESS signs and it changed the way I felt completely.'"

He’s seen a change in himself personally as well. Gary once suffered from extreme PTSD stemming from the loss of his son. He hasn’t had any panic attacks since November and “zero” depression, either.

He recalled a day a few weeks ago when he sat in front of his computer for an hour and watched the likes and comments roll in every few seconds.

So far, there are 86 signs in place around town. Each one has the power to cheer up a community nursing open sores from recent civil unrest in America and uncertainties and fears surrounding the global COVID-19 pandemic.

“That’s my ultimate goal is to help humanity and change the way humanity looks at themselves,” Gary said.

He’s received requests for HAPPINESS signs to be shipped to different states and even to have them hung in the yards of residents. He estimates he’s spent $1,000 on the aluminum and fiberglass signs, which are supposed to last for 20 years.

He even started placing HAPPINESS stickers on his outgoing mail.

“This envelope right there could get handled 50 times before it gets to its destination. Everybody who handles this sees the word,” he said. “If you continuously see the word, it will change your behavior.”

Gary hung signs No. 84, 85 and 86 on Friday. He is still scouting the perfect place for his milestone 100th sign. He expects that will be positioned before the end of June.