Pete Karamitsanis was born in Greece and moved to America as a child. His company is one of many working to rebuild the church destroyed in 9/11 terrorist attacks. 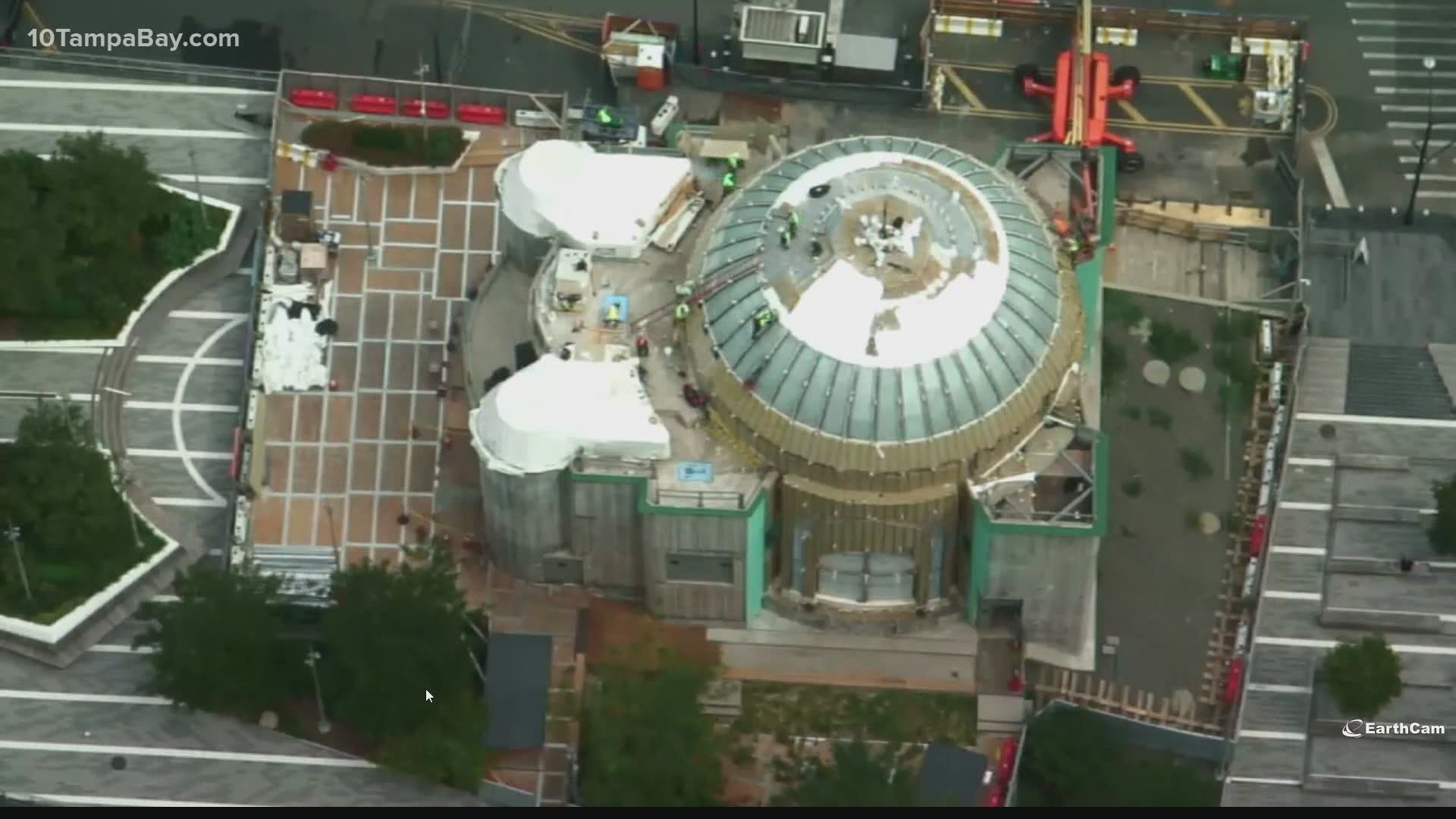 TAMPA, Fla. — Everyone old enough to remember the events of September 11, 2001 can’t forget the horrors of that fateful day.

“The buildings were smoldering and on fire,” recalled Pete Karamitsanis. “First it was surprise, then it was awkwardness, then it was fear, then it was anger that somebody actually had the guts to do something like this and kill all these people.”

The terrorist attacks that rocked America are still felt by those who live in New York City and beyond. It’s been nearly two decades since the attacks. For many, the wounds still feel fresh.

The St. Nicholas Greek Orthodox Church was the only house of worship destroyed in the attacks, as reported by 60 Minutes. Karamitsanis is the president of Lighthouse Advisors in Tampa. His company was asked in 2015 to oversee the design and construction elements of the church-build on the site of the former St. Nicholas house of worship.

“When our church got obliterated, it just got worse,” said Karamitsanis, a life-long Christian who was born in Greece and moved to the United States as a boy in 1969. “It was just this small church – a couple thousand square feet – but apparently it was there for a very, very long time.”

A memorial has been erected at the base of where the World Trade Center towers came crumbling down. It honors the 2,977 people who died that day. In addition to the memorial, plans were made to add the small domed church there to be called the St. Nicholas National Shrine.

“That project is a legacy project,” said Karamitsanis. “The response has been overwhelming, not just in Manhattan but internationally.”

Karamitsanis visited Greece a few years ago and was encouraged to see his work was considered worthy of front-page news by the local newspapers. The same quarry that supplied marble for the world-famous Parthenon is the same location marble is being harvested for the St. Nicholas project, says Karamitsanis.

“The Orthodox Church throughout the ages has maintained a continuity of faith and love with the apostolic community which was founded by Christ and sustained by the Holy Spirit”, says the Greek Orthodox Diocese of America website. “God is the source of faith in the Orthodox Church. Orthodoxy believes that God has revealed Himself to us, most especially in the revelation of Jesus Christ, whom we know as the Son of God. This Revelation of God, His love, and His purpose, is constantly made manifest and contemporary in the life of the Church by the power of the Holy Spirit.”

The church will feature a domed roof which will glow at night and serve as a “beacon of hope.” Companies from over a dozen countries spread across three continents are working on providing materials for this church. Rebuilding something that means so much to so many people is special to Karamitsanis.

“It’s open to all the faiths but it is a functioning Greek Orthodox church, he said. “It’s a small church but it’s put together like a Swiss watch. It’s very complicated.”

The COVID-19 pandemic halted work between February and August. A live-streaming webcam shows the progress of the work being done at the St. Nicholas Shrine site. You can view it here.

RELATED: 100 women give $100 each to support local nonprofits