Rachael Mendelsohn, 11, wanted kids at a Pasco family shelter to feel right at home. She looked around her own house for inspiration. Her chickens sparked an idea. 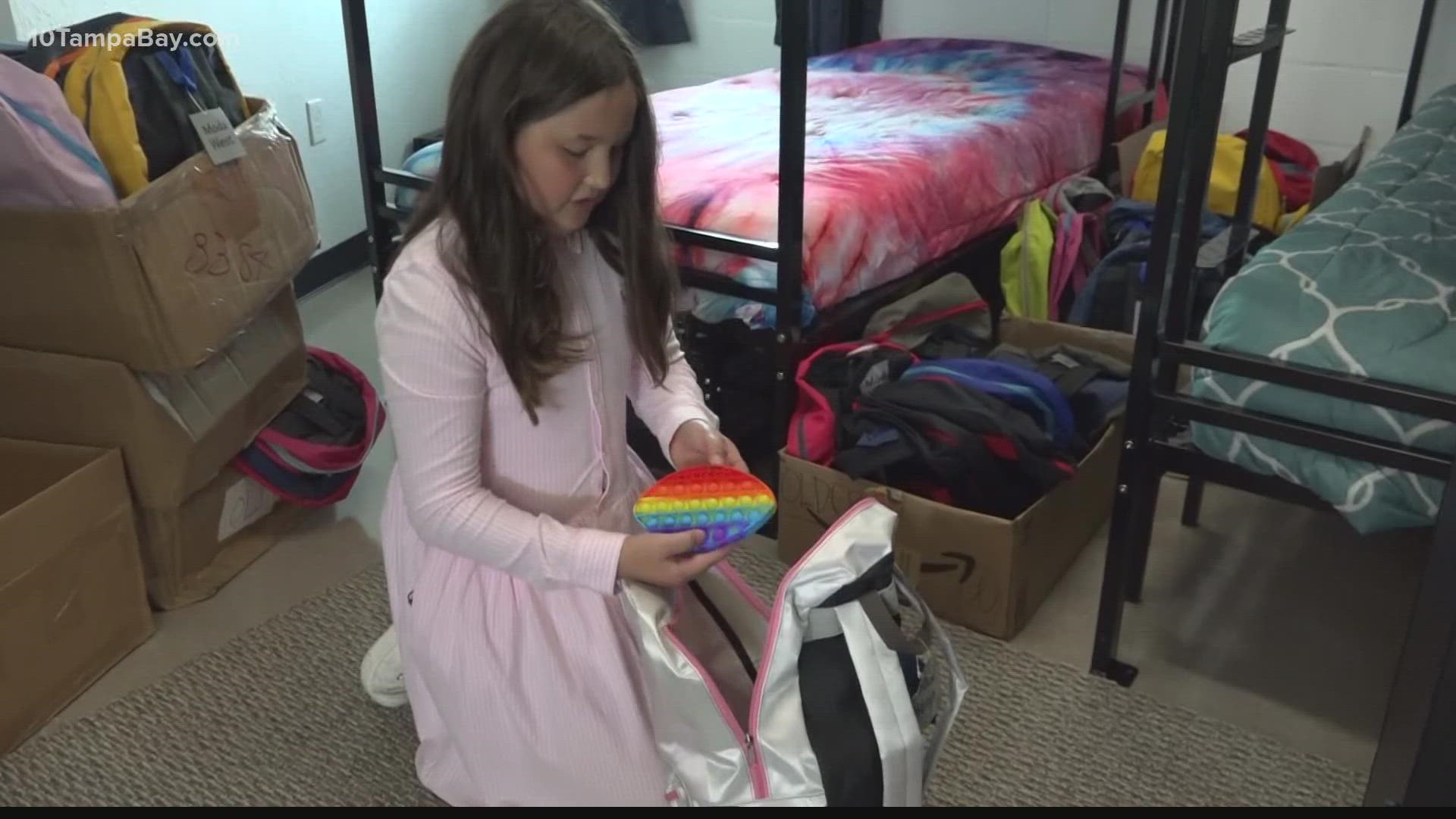 Reverend William S. Fickel of St. Vincent de Paul Catholic Church led the invocation in a ceremony that included speeches from community members and representatives from the county commission and Catholic Charities.

Then, Rachael Mendelsohn took command of the room.

“I was up until 10 practicing,” she said with a giggle.

The 11-year-old from Wesley Chapel was so excited to share her role in the opening of the shelter. The sixth-grader told the room about how she’d hatched a plan to sell eggs laid by her backyard chickens and use the money to purchase items for gift bags to greet children at the homeless shelter. Her hope was to stock backpacks with fun things like coloring books, crayons, and small toys.

It was a noble goal, but her efforts would didn’t yield enough cash in time to fill any sizeable number of bags.

“It was her idea. She did the work and here we are and it’s making an impact,” said Lane Mendelsohn.

Rachael packed 70 bags. The shelter has 38 beds, which can host up to nine family units. The child’s generosity impressed everyone involved in the project.

“What she said to me was, ‘I’m a kid who wants to help kids,' and that means that her folks are doing something right,” said Danielle Husband, the senior director of programs for Catholic Charities. “It also means that when these children come in, they know they have a champion for them.”

The homeless problem in Pasco County has been ongoing for a few years. In 2020, the county ranked eighth (out of 67 in Florida) in total homeless families (894) and had the 14th-highest average rent price in Florida for a two-bedroom home ($1,205 per month). The COVID-19 pandemic made things worse. The unemployment rate in Pasco was at an all-time high in 2020 (7.2%).

Services offered at the shelter include clothing, meals, medicines, beds and healthcare. Those families at the shelter will be helped back to a point of “self-sufficiency” through Catholic Charities, which has already set up successful, similar outreaches in Clearwater (Pinellas Hope) and Tampa (Mercy House).

“You should never have to decide do you have a roof or somewhere safe for your kid,” said Husband. “The most vulnerable families will be referred to us first."

Husband expects all the beds to be filled by the end of the month. The families who will live at the Pasco shelter were identified by the county through multiple parties and a coordinated entry system.

The kids who arrive should be cheerfully surprised to see Rachael’s gifts.

“I know there’s going to be someone having a big smile on their face when they find out,” said the young philanthropist.

Rachael is already brainstorming her next donation opportunity. She once donated 14 inches of hair to make a wig for another child.