The Orlando theme park also debuted a spooky lagoon show that celebrates its classic monsters and this year's houses.

Halloween Horror Nights returned earlier than ever for its 29th year at Universal Orlando.

We went through all 10 houses and saw the park’s new horror lagoon show. Here are the scares each one has to offer.

Jordan Peele’s horror hit comes to life in the maze following the stories of “the tethered” doppelgangers who live underground and are forced to mimic their above-ground counterparts. The house begins and ends where the movie does: In 1986 when Adelaide Thomas first sees her doppelganger in a creepy, hokey funhouse. The red jumpsuit-wearing, golden scissors-wielding scare actors are top-notch but seeing your reflection in the house’s many mirrors while “I Got 5 On It” plays on repeat is much scarier.

Authentic proton packs, at least three run-ins with Slimer and a massive, angry Stay Puft Marshmallow Man are the highlights of this house. It’s clear a lot of love and nostalgia went into making this maze, which takes you chronologically through iconic scenes from the 1984 film. There’s even a smell factor -- a burning building and a sweet marshmallow treat. Who You Gonna Call?

The event’s creative minds call this their “uber” house as it has 14 different scenes as opposed to the traditional 8-10 scenes in a maze. The Stranger Things house recaps the second and third seasons of the 1980s-set Netflix series, so there’s a lot to experience. The scares this year come more from creepy creatures and settings than from people -- the battle in the bus and Dustin’s bedroom from season two, Hopper’s cabin from season three. The piece de resistance is the massive, gross Mind Flayer in Starcourt Mall.

This house will either make you really want cotton candy or never want to eat the confection again. The 1988 horror comedy comes to life as a full house this year as towering, creepy clown-like aliens invade a small town. The maze isn’t a walk-thru of the film, but more like a compilation of the movie’s greatest hits set with neon lights and memorable tunes.

All the classic monsters in one place -- from a supremely scary Dracula and Frankenstein to a screaming bride of Frankenstein and the Wolfman. There are also some fun cameos from the Phantom of the Opera, the Hunchback of Notre Dame and even the Creature from the Black Lagoon. Watch out for gargoyles.

Even if you haven’t seen the Rob Zombie movie it’s based on, this house is downright creepy, disturbing and gross. Are there 1,000 corpses inside? Possibly. We lost count after getting spooked by all the pale scare actors lurking about.

RELATED: 'Stranger Things' 2 and 3 to be featured at Universal's Halloween Horror Nights

Arguably the best original story house during this year’s event, Graveyard Games is part Southern gothic horror and part cautionary millennial tale. The ghosts in this Louisiana cemetery don’t bother you if you don’t bother them -- until two punk rockers do bother them by vandalizing gravestones and take ghoulish selfies for Instagram. You’ll hear some legitimate screams of terror at the end of this house.

Yeti: Terror of the Yukon

Come for the air conditioning, stay for the Canadian sasquatches and the red and gray color palette. There’s lots of blood, lots of “snow,” lots of sweet A/C and too many Yetis to count. The Yeti: Terror of the Yukon house is light on story, but heavy on the classic monster scares.

The horrific bird-like creatures are back, but this time filling an entire house themed after ancient Rome and gladiator games. It’s very bloody, gross and things are decomposing. The scene in and outside the house is not great, and claustrophobic guests will not be happy. This one would be good for a lights-on tour to get up close and personal with the historical touches.

Freaky fish-like “Mouthbrooders” are released by a mining company drilling deep underwater and now the facility is going to implode in a few minutes. These fanged creatures also spit parasitic eggs, infecting human hosts who turn mad. Between the underwater details and the complex storyline, it’s easy to feel lost in Depths of Fear.

Universal brings the same technology from its previous lagoon shows to Halloween Horror Nights to highlight three of its biggest houses: Ghostbusters, Stranger Things and Universal Monsters. There are also several scenes from Killer Klowns From Outer Space. The show is stunning and uses water screens, fountains, laser lights and projections to showcase scenes and characters set to pulsing music. It’s not scary but is a must-see during this year’s event. 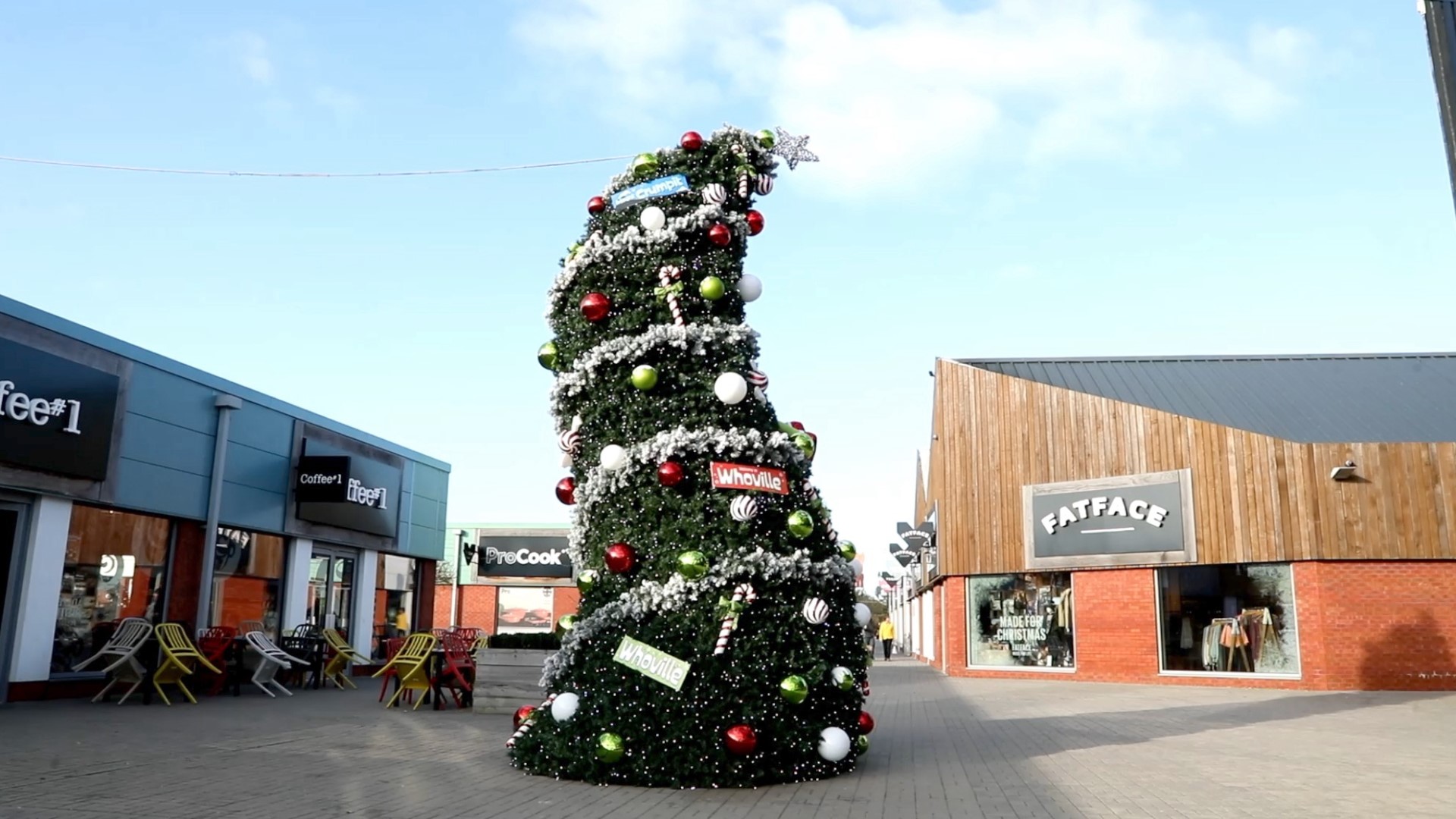