Batman walks toddler to school after she was bullied

A 3-year-old came home with a black eye so her mom took to social media to find help. 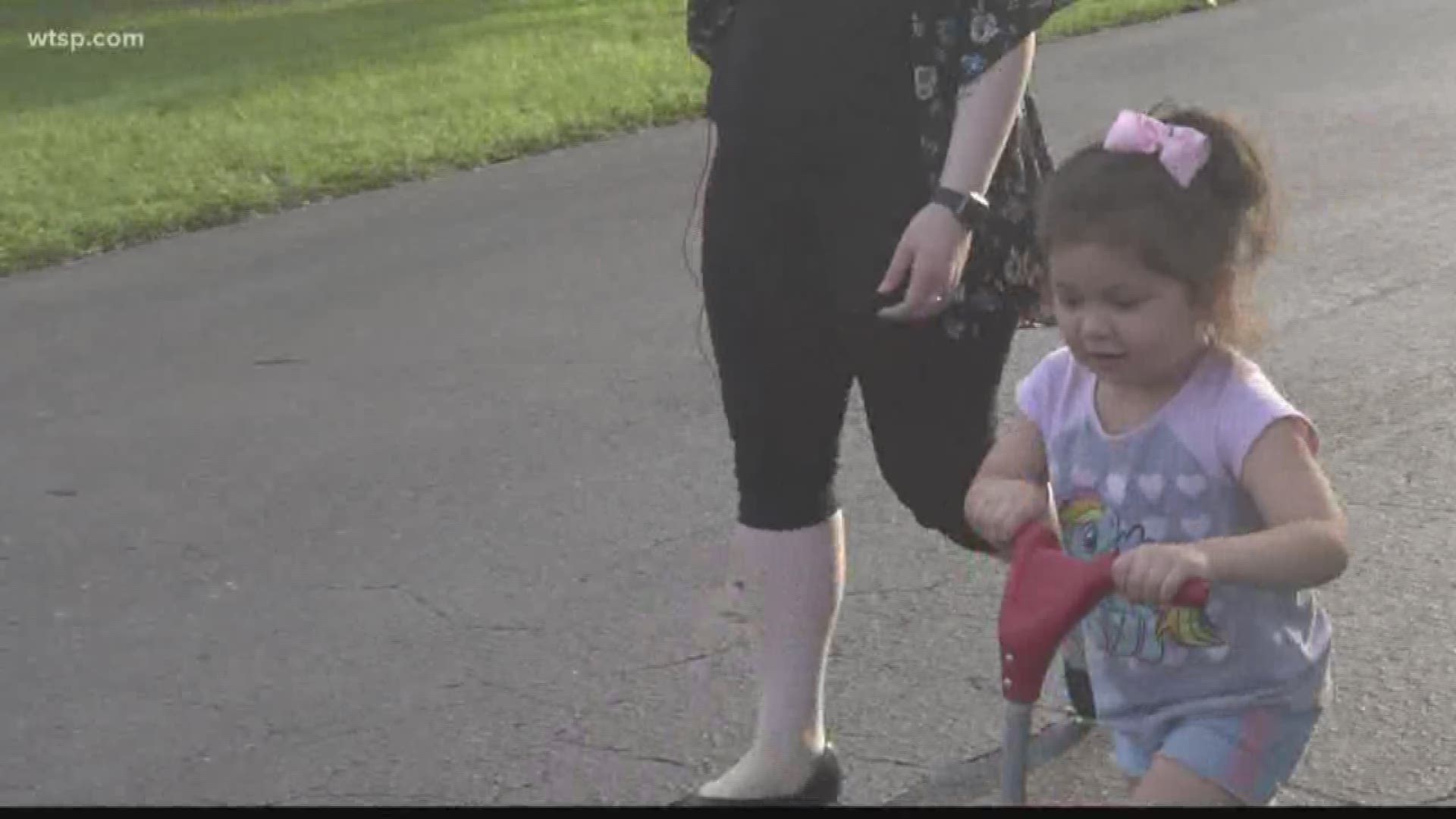 CRYSTAL RIVER, Fla. — When 3-year-old Lydia Calculli walks into a room, you can't deny her bright smile and bubbly personality. Lydia loves superheroes, learning at school and playing outside.

Lydia's mom, Erica Calculli, says Lydia has been coming home with bruises on her face.

"At first it was very minor and I thought it happened just playing around, so I let it go," Calculli said

But then Erica says the toddler came home with a red and black swollen eye toward the end of August.

" I took pictures," Calculli said. "She told me that “a bunch of girls and one boy hit her and a girl threw a shoe at her eye”.  she explained.

Erica says she reported the incident to the staff at her daughter's school, but nothing came of it. So then she turned to social media, where she shared the superhero moment of Batman escorting Lydia to class.

"She didn't even know what to say. She was a little shy to get out of the car. It was adorable," Calculli said.

Erica says seeing the change in her daughter's behavior and the physical signs of bullying broke her heart.

"She started getting violent towards me and I knew that wasn't normal," Calculli said.

Since the Batman visit and notifying the school about what happened, Erica says the current daycare added Lydia to an advanced learning classroom.

"I’m really hoping that a new classroom and having Batman by her side, can change the outcome altogether. Batman really saved the day!" Calculis said.

Erica says she's sharing her daughter's story to encourage parents to be superheroes of their own and help their children combat bullying.