Their names are Rudolph and Rex and they're rough-toothed dolphins. 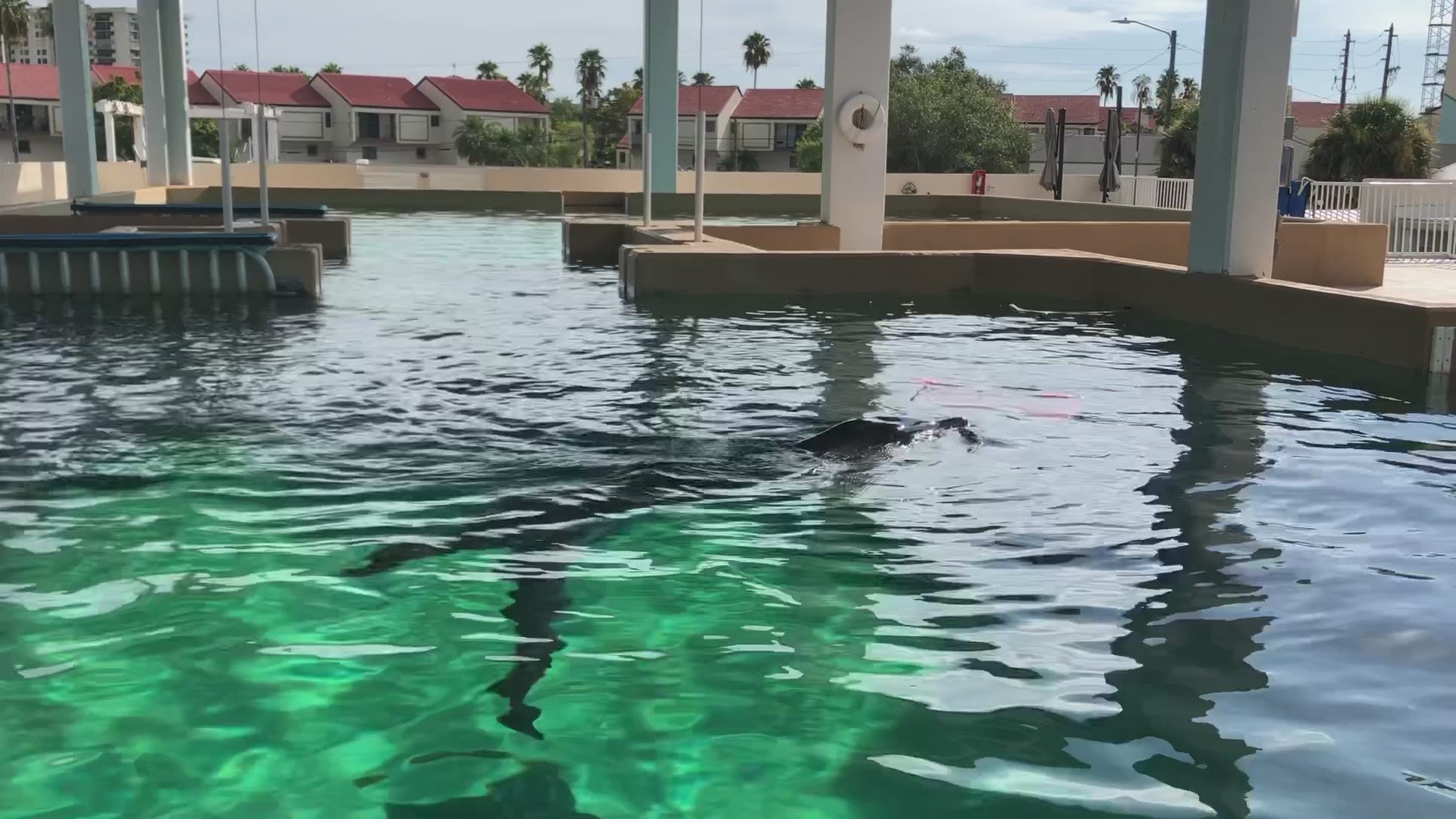 CLEARWATER, Fla. — Two deepwater dolphins with hearing problems were paired together at Clearwater Marine Aquarium and will call it home from now on.

One is named Rudolph and he's a rough-toothed dolphin that was rescued off Sanibel Island on December 16, 2019.

The other is named Rex, another rough-toothed dolphin, also can't echo-locate because of deafness.

The pair will be together and be "best buds" because their species likes to be together. NOAA sent Rex to the aquarium so Rudolph could have a friend.

Rudolph was rescued, he was brought to Clearwater Marine Aquarium’s rehabilitation facility at Fred Howard Park in Tarpon Springs. While he was there, the CMA team noticed Rudolph was showing signs of possible hearing loss.

The National Marine Fisheries Service did a hearing test on Rudolph which uncovered that he didn't have the hearing range to survive in the wild. Because of this, it was determined he couldn't be released back into the wild.

That meant Rudolph would be making a splash at the Clearwater Marine Aquarium and calling it his new home, making it just one of two facilities in North America that is caring for rough-toothed dolphins.