The aquarium says it will renovate the "Winter Zone" to make way for further care of manatees. 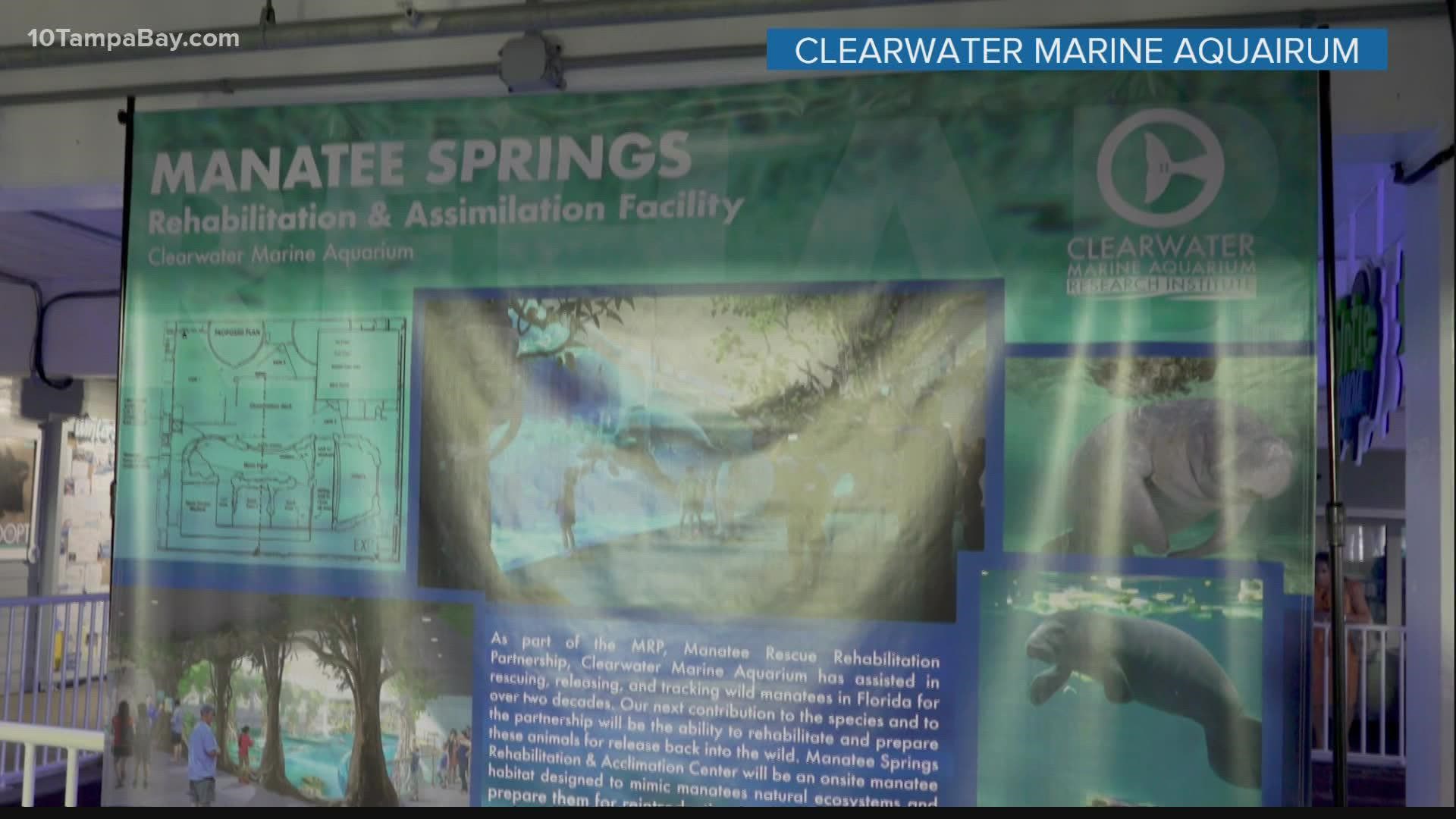 CLEARWATER, Fla. — Manatees in Florida could use a helping hand right now as the species known to be gentle giants are dying at alarming rates.

And the Clearwater Marine Aquarium is doing just that.

On Tuesday, CMA announced it is expanding its efforts "in the fight to save manatees" by transforming its Winter Zone into a rehab and release habitat for the sea cows.

It's estimated that the renovation process of Winter the dolphin's former home will cost nearly $10 million.

Clearwater Marine Aquarium also announced earlier this year it would open a rehabilitation center at its Fred Howard park location by the winter.

"The location, originally built to rehab cetaceans, will be ready to accept the influx of manatees affected by the ongoing Unusual Mortality Event (UME) occurring on the east coast of Florida as well as those in need of care from boat strike wounds and cold stress syndrome," the aquarium said.

CMA projects that the rehab facility will add around 12 more "beds" for manatees in need of further assistance. Rehabilitation efforts will be focused on both behavioral and welfare elements in an effort to help the manatees adapt once they are released back into the wild, according to a press release.

Manatee deaths in Florida have reached historic levels with the Florida Fish and Wildlife Conservation Commission (FWC) reporting 841 manatee deaths for the first half of 2021.

RELATED: FWC: Parts of Florida can expect manatee population to decline in the coming decades

The general conclusion the FWC has reached is that Florida manatees are starving due to the loss of seagrass in the state's waterways. Manatees are being found severely emaciated – sometimes 40-percent underweight.

Many parts of Florida are dealing with harmful algae blooms, like red tide and blue-green algae, which are contributing to the seagrass die-off. In Indian River Lagoon, where a majority of the deaths are being recorded, 58 percent of seagrass acreage has died since 2009, FWC says.

The aquarium says it received $95,000 in federal funding to help with the construction of its new manatee rehabilitation sites but is seeking additional grants to help with costs.

You can also help by donating to the cause at manateehelp.org.