Seahorses are the only species on Earth where the males give birth to their young. 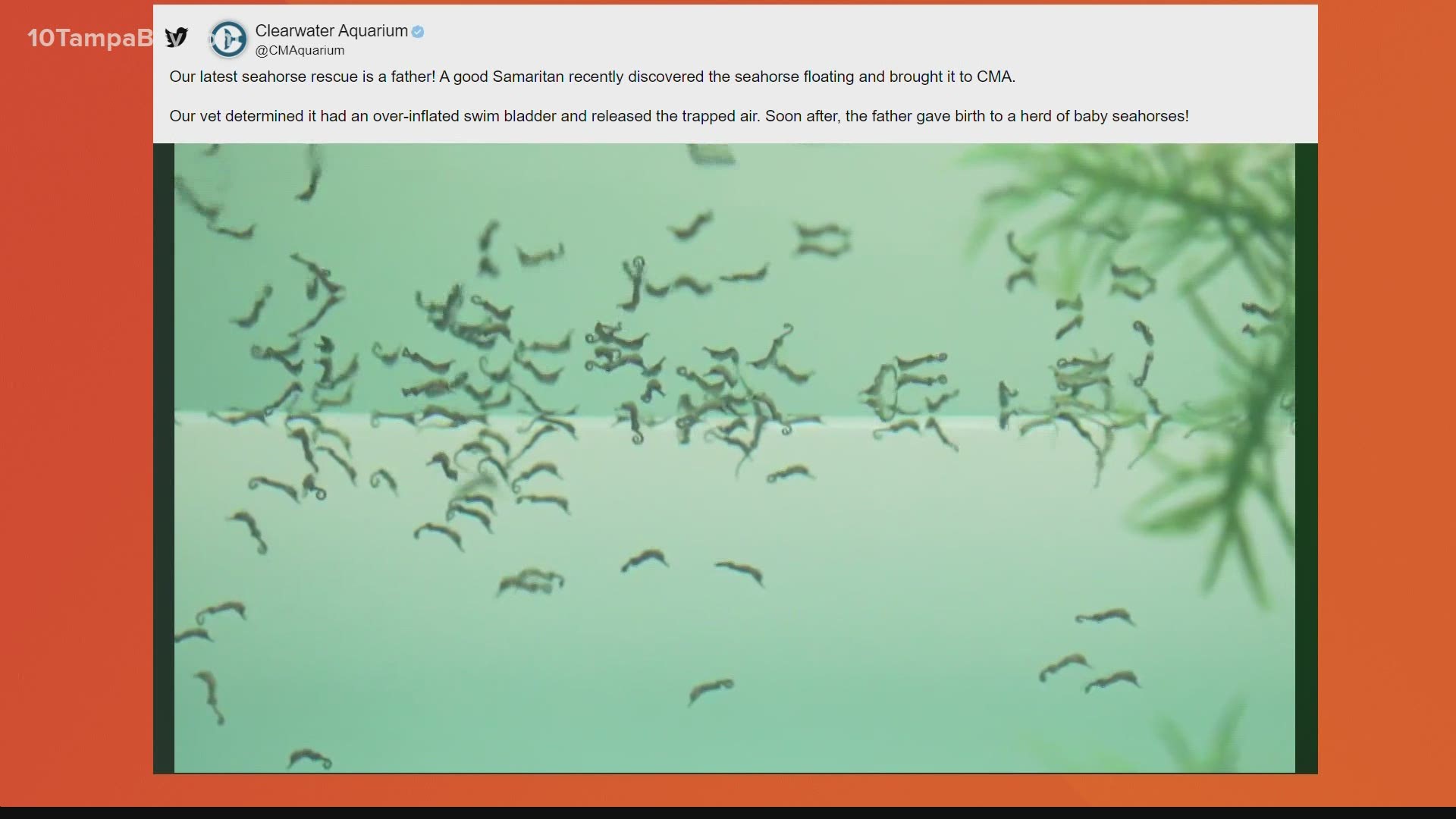 CLEARWATER, Fla. — The staff at Clearwater Marine Aquarium was in for a big surprise when they began caring for one seahorse in need and ended up with hundreds more

The seahorse was brought in by a good Samaritan who saw it floating on the surf, according to a news release from CMA. After treating it for an over-inflated swim bladder, the staff says the animal unexpectedly gave birth to hundreds of babies.

The babies and the new father are being monitored to make sure they stay healthy.

That's right, you read that correctly. Seahorses are the only species on Earth where the males give birth to their young.

The staff says the daddy seahorse is still showing signs of buoyancy issues which may impact his ability to be released back into the wild, but as the babies continue to grow and develop, they will become candidates for release.

Another huge factor the staff is considering is red tide, which has been gripping waterways in Pinellas County resulting in millions of pounds of dead marine life.

"The wellbeing of the father and his babies are of top concern and they will remain under observation in our marine animal hospital," CMA said in a statement.

Between 2017 and 2018, Clearwater Marine Aquarium has had a number of seahorse success stories. Millions of people watched as a lucky seahorse named Cheeto was rescued, rehabilitated and released. Cheeto was followed by seahorses Funyun, Frito and Ruffles.

Now, you can have a chance to name this new seahorse. Submit your name suggestions on the Clearwater Marine Aquarium website.