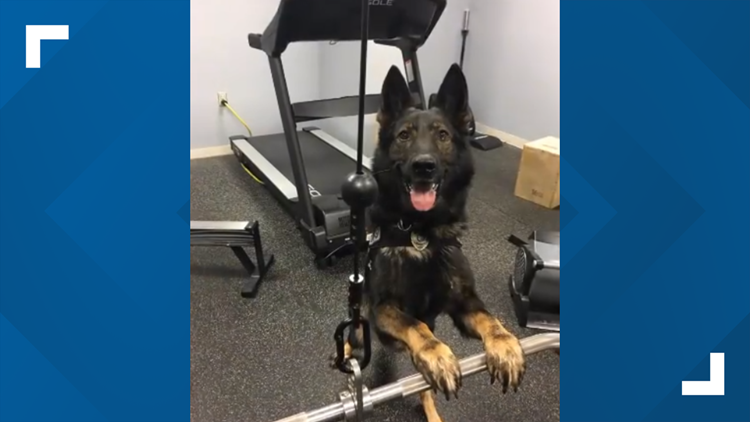 TARPON SPRINGS, Fla. — K-9 Dobies, also known as “Erni”, has been a good boy.  That’s why the Tarpon Spring Police Department described his last day at the office as bittersweet.

K-9 Dobies has been with the department for seven years and has won a lot of awards, including 1st Place Top Dog Award with the United States Police Canine Association in 2016.  He has also been recognized for room searching and car searching abilities.

The department said in a post on Facebook, “We are thankful for his service and wish K9 Dobies the best in his retirement, but we will greatly miss him....although he has promised to come back and visit often. After all, he will still be a local member of our city, because he will remain under the care of Ofc. Nguyen. K-9 CK has some big paws to fill but will do his best to carry on the torch.”

Erni also had a birthday Wednesday and received a cake, toys and tons of treats on his last day of work.

RELATED: K-9 officer dies after wreck on I-75