Researchers discover new whale species in the Gulf of Mexico

NOAA estimates there are fewer than 100 of these whales existing in the wild. 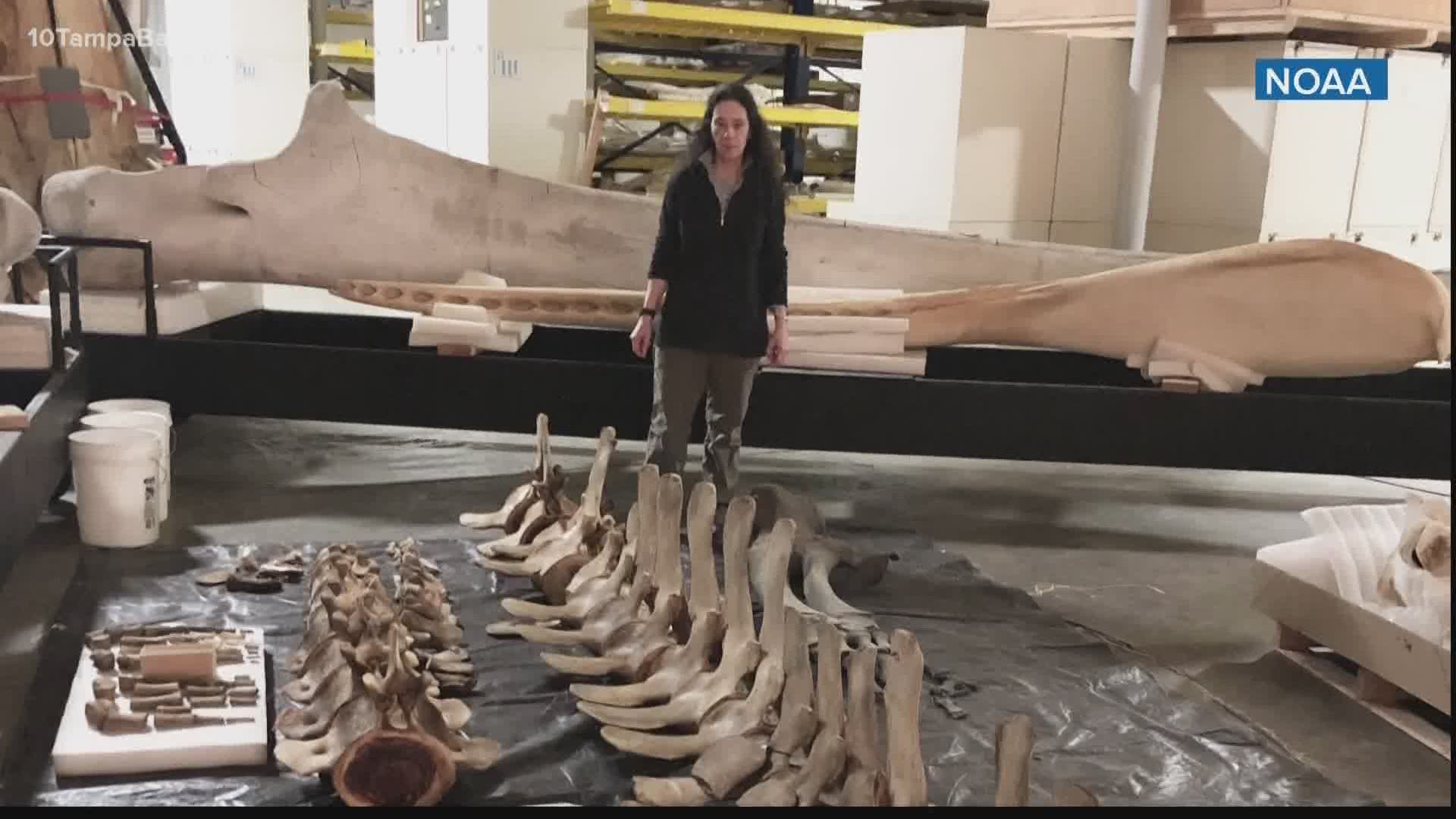 TAMPA, Fla. — Researchers say they have discovered a new whale species that calls the Gulf of Mexico home.

A whale scientists had previously identified as the Bryde’s whale is actually a completely different species, according to an article published by Marine Mammal Science. Scientists are calling it the Rice's whale.

Researchers at the National Oceanic and Atmospheric Administration (NOAA) were able to collect the whale's genetic data from samples collected by its fisheries to determine it was its own species.

Once scientists were able to get enough research in to determine the whale was different they gave it its own name.

"The name Rice’s whale is in honor of renowned American biologist Dale Rice who had a distinguished 60-year career in marine mammal science. He was the first researcher to recognize that Bryde's whales (now Rice’s whales) are present in the Gulf of Mexico," NOAA said.

Scientists have been tracking the Rice's whale since the late 1990s, according to researchers.

NOAA estimates there are fewer than 100 of these whales existing in the wild. That means they considered to be "critically endangered."