'These are shocking cases': NOAA says dolphins killed had most likely been fed fish in the past 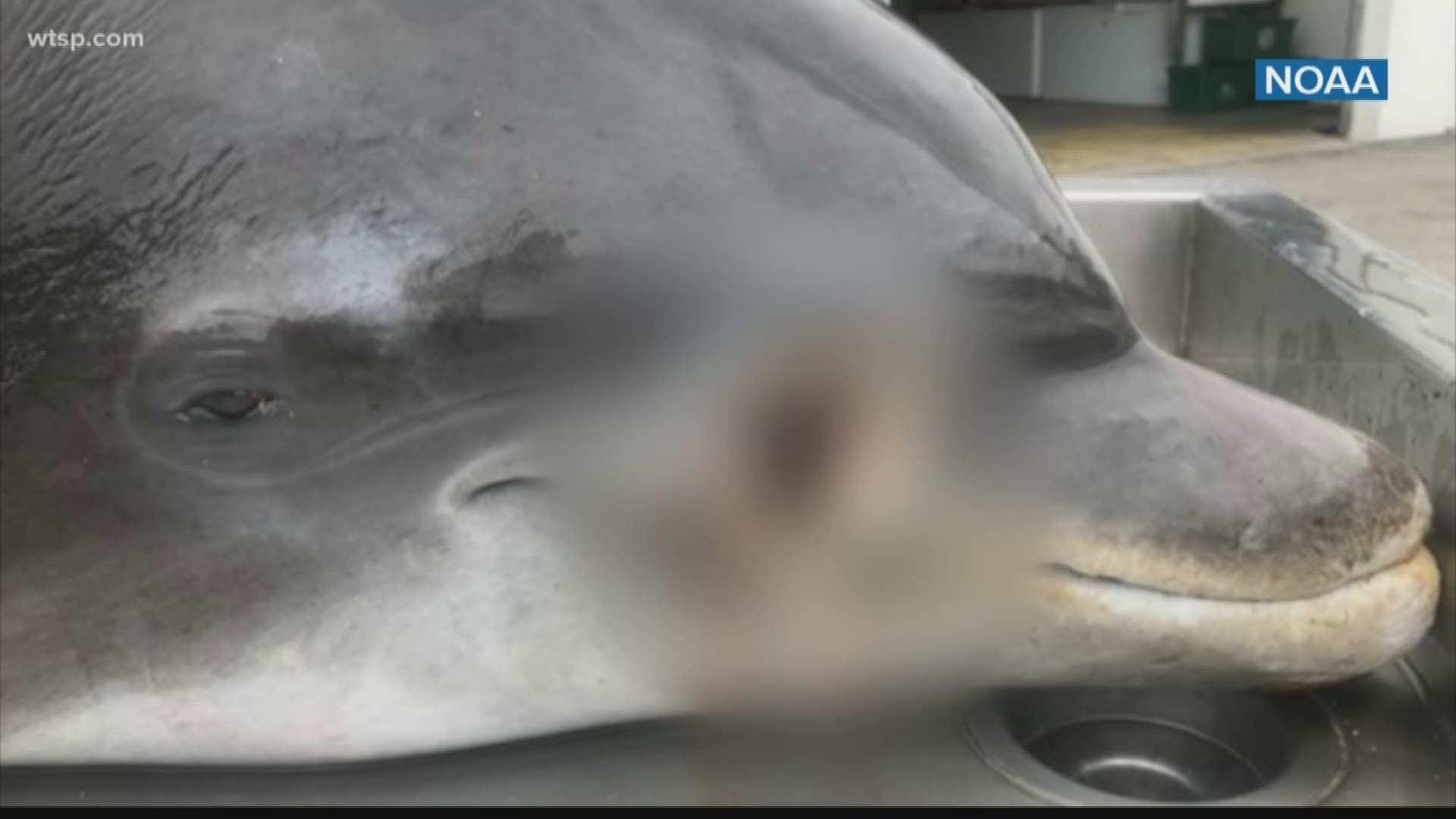 FLORIDA, USA — Two dolphins killed off of Florida beaches now have the National Oceanic and Atmospheric Administration asking the public what happened to these animals.

They said one was shot and the other was either shot or stabbed.

NOAA is now offering a $20,000 reward for information leading to an arrest or to arrests after the animals were discovered last month.

"These are shocking cases, these are really horrific cases," Stacey Horstman with NOAA said.

NOAA said the dolphins that were harmed were most likely fed fish in the past, which made them too comfortable with humans. Horstman said they were then "intentionally harmed."

"We know that all of these cases were acts of intentional harm against these animals, they occurred while they were alive," Horstman said.

While they can't speak to specifically who did this or why, former FBI agent Dave Couvertier said there are two types of people who tend to abuse animals.

He said the other type worries him more.

"The other one that is more concerning is the profile of the sinister individual that gets gratification or sexually aroused by hurting living things," he explained. "And, those are the ones that we hear about that start off by bedwetting, starting fires, killing small animals and then they graduate to domestic abuse or even worse."

At the Clearwater Marine Aquarium, Senior Rescue Biologist Kerry Sanchez said the best thing most people can do to protect these beautiful creatures is simply to leave them alone. That way they don't want to approach boats or people in the future.

"The most important thing is we can keep wild dolphins wild, and that means not interacting with them in any way shape or form in the wild," she said.

One other thing to note is NOAA said sometimes these dolphins become so used to being fed that they will annoy fishermen on their boats.

According to NOAA, at least 29 dolphins have been killed by guns, arrows or fishing spears since 2002. Four of those cases happened just within the last year. The Florida Fish and Wildlife Conservation Commission and NOAA continue to investigate those attacks.

It is illegal to feed, harass, hunt or kill wild dolphins. Anyone caught and prosecuted can face up to a year in jail and a $100,000 fine per violation.

RELATED: One dolphin shot, another stabbed: Wildlife officers search for a killer

RELATED: Rudolph the Rough-toothed dolphin is in rehab