The 250 pound loggerhead sea turtle, named Lilly, is now getting treated at The Turtle Hospital. 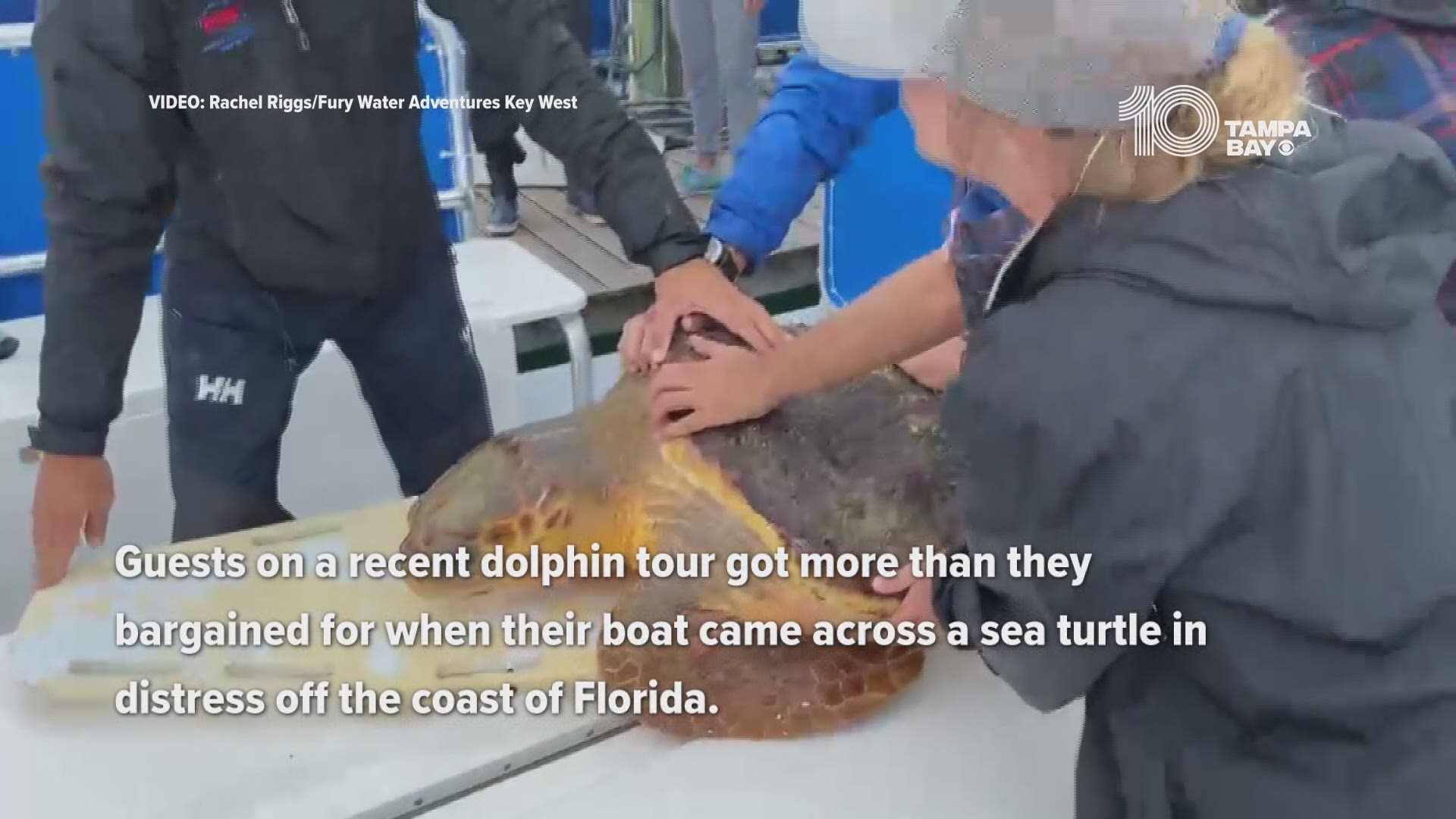 KEY WEST, Fla. — An injured sea turtle is now getting the care she needs after being rescued off the coast of the Florida Keys Tuesday.

According to Rachel Riggs, a crew member aboard a Fury Water Adventures dolphin tour, the boat's captain, Stevie Parker, spotted "something unusual" breaking the surface about 200 yards away halfway through the tour.

"As we neared it, we were surprised to find this big lady struggling at the surface," Riggs described in an email sent to 10 Tampa Bay. "Flippers slamming the water over and over."

Although it wasn't what they were on board for, four guests of the tour certainly got their money's worth after what happened next.

Riggs jumped in the water to rescue the loggerhead sea turtle, which at the time she thought may have been stuck in a crab trap line.

Guided by Captain Parker, Riggs is seen on video swimming out to the turtle, which they later named Lilly. It wasn't until she got out to Lilly when she said she realized the turtle wasn't caught in a line at all, rather it appeared to have been struck by a propeller with "four strikes on her shell."

"After 10 minutes of struggling in the water trying to carry [the] big 250 lbs. mama back to [the] boat, we finally got her on and was met at the dock by The Turtle Hospital," Riggs said.

In a Facebook post from Fury Water Adventures Key West, the company wrote, "Lilly was successfully transported back to the dock where The Turtle Hospital took over to give her the medical care she needed. The Fury Family wishes Lilly a speedy recovery before being released back into our beautiful ocean."

Riggs also thanked Captain Parker and the four "wonderful" guests who helped with the rescue.