The turtles were rehabilitated at Clearwater Marine Aquarium. 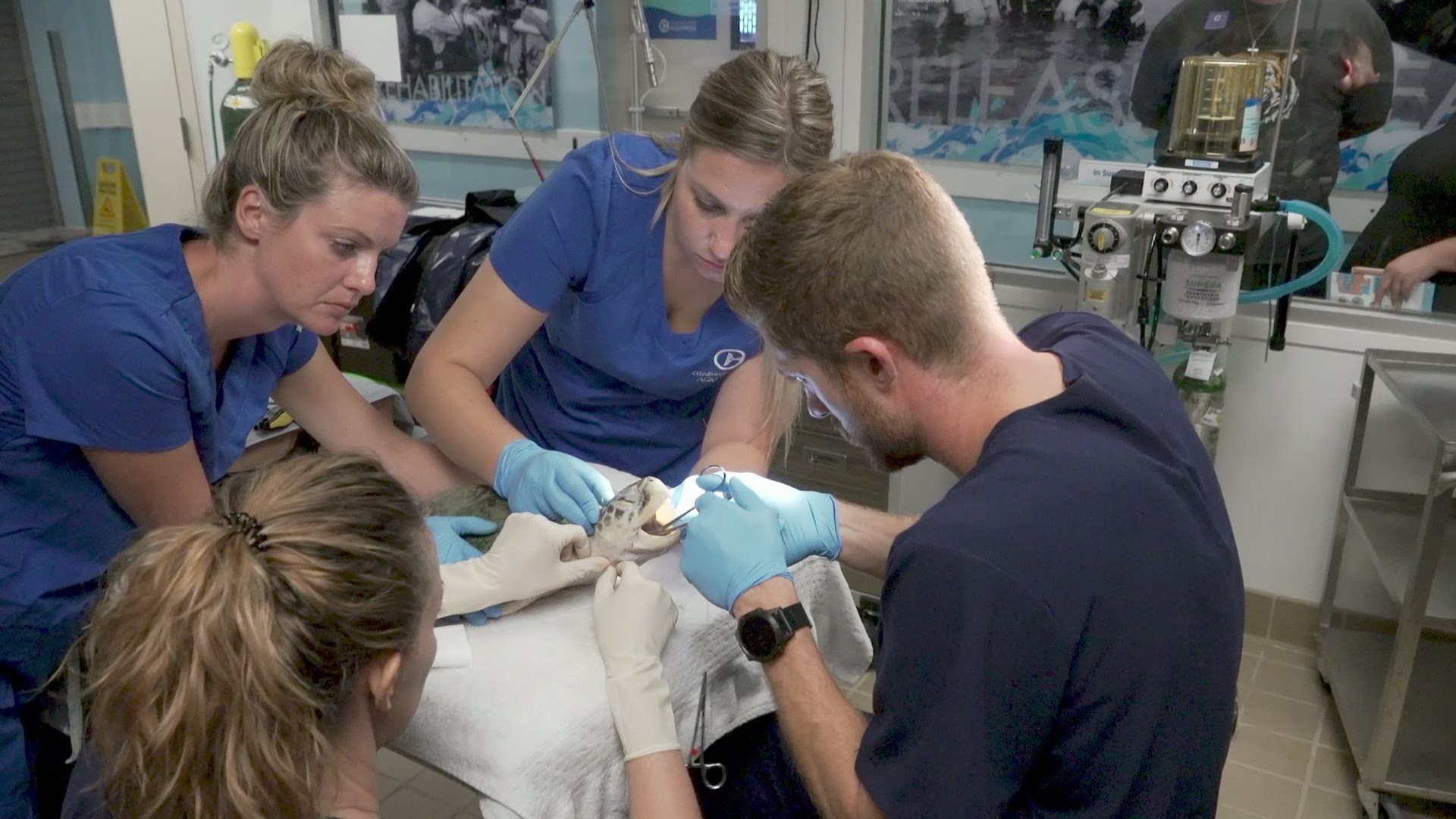 TARPON SPRINGS, Fla. — Flip and Xavier are back where they belong - the ocean.

The pair were rescued and rehabilitated at Clearwater Marine Aquarium.

Flip was accidentally caught by a fisherman in Hudson on Sept. 10.

An X-ray revealed Flip had ingested a circle hook, which was removed.

Flip is a juvenile Kemp's ridley, which is the most seriously endangered of all sea turtles, making her release critical to the species' survival.

Xavier, a sub-adult green turtle, was found washed ashore on a beach off the Dunedin Causeway on June 20. She had been struck by a boat at least three times.