Watch: Skunk does handstand, 'dances' in front of wildlife camera

The FWC says its biologists are working to learn more on skunks and put cameras out to study them. 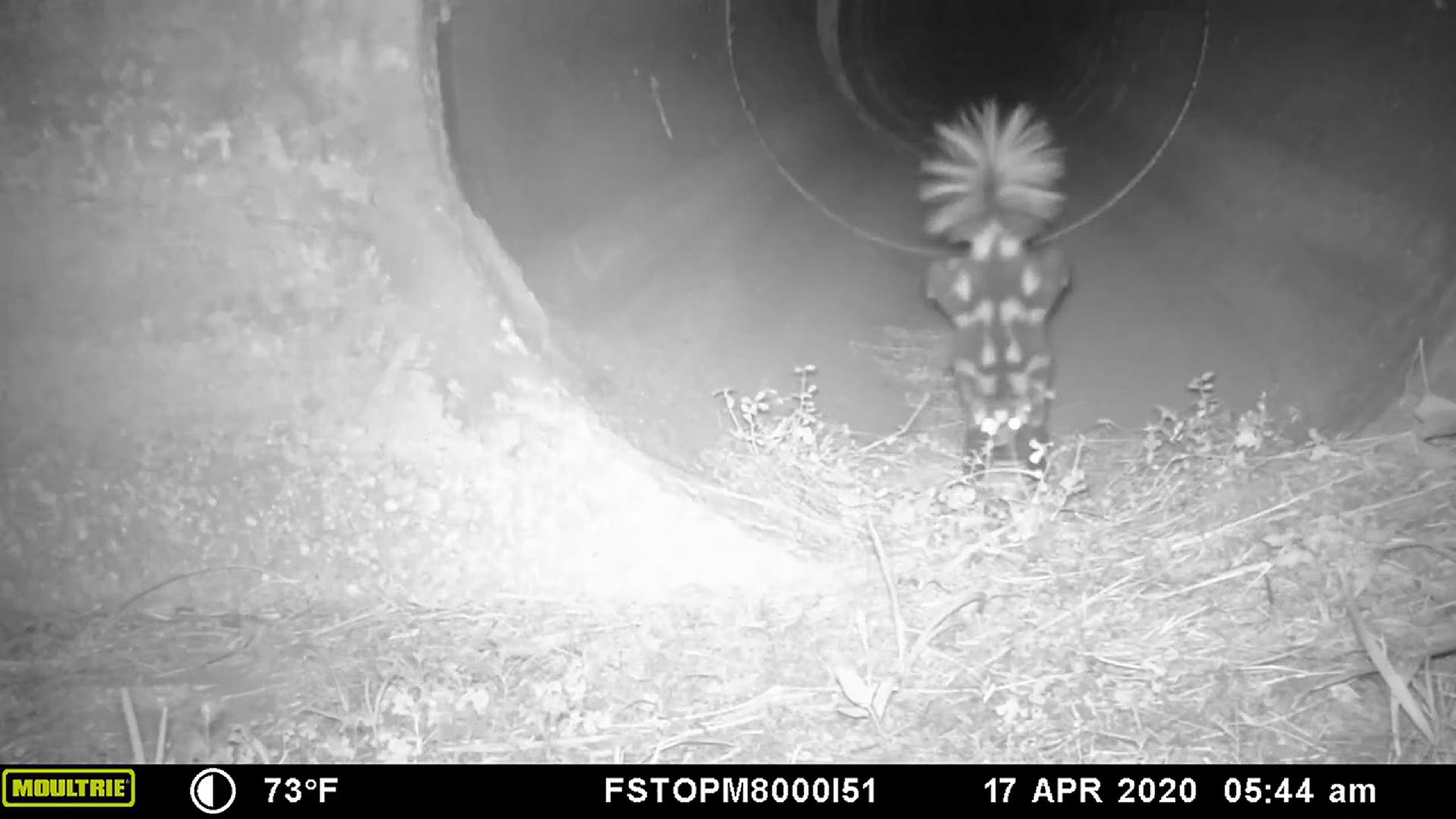 FLORIDA, USA — "Stinkin' cute!" That's how Florida Fish and Wildlife described one skunk's "performance" in front of a wildlife camera.

FWC says an "energetic" eastern spotted skunk was performing a handstand. The video shows the little critter move back and forth, away and toward the camera as it's in the handstand. And, it almost looks a little like a dance.

FWC says FDOT Southwest Florida and FStop Foundation helped put out cameras in culverts and wildlife crossings across the state. That way FWC biologists can continue their work studying and learning more about skunks.

According to FWC, there are two types of skunks found in Florida. One is the more familiar striped skunk, distinguished by its two broad white stripes running down the length of its body.

The second type of skunk is the eastern spotted skunk, FWC says. As its name implies, this skunk is mainly black with a "series of broken-up white stripes" on its body, which look a bit like spots.

FWC says the eastern spotted skunk is also smaller than the striped skunk. And, this skunk is considered a species of greatest conservation need in Florida, FWC says.

As FWC biologists continue to study skunks, they say you can help by reporting your sightings. Find out more information on how to do that here.

RELATED: COVID-19 vaccine specially developed for animals is on its way to ZooTampa