Guests soon will be able to see the currently unnamed calf soon at the zoo's Expedition Wild Africa. 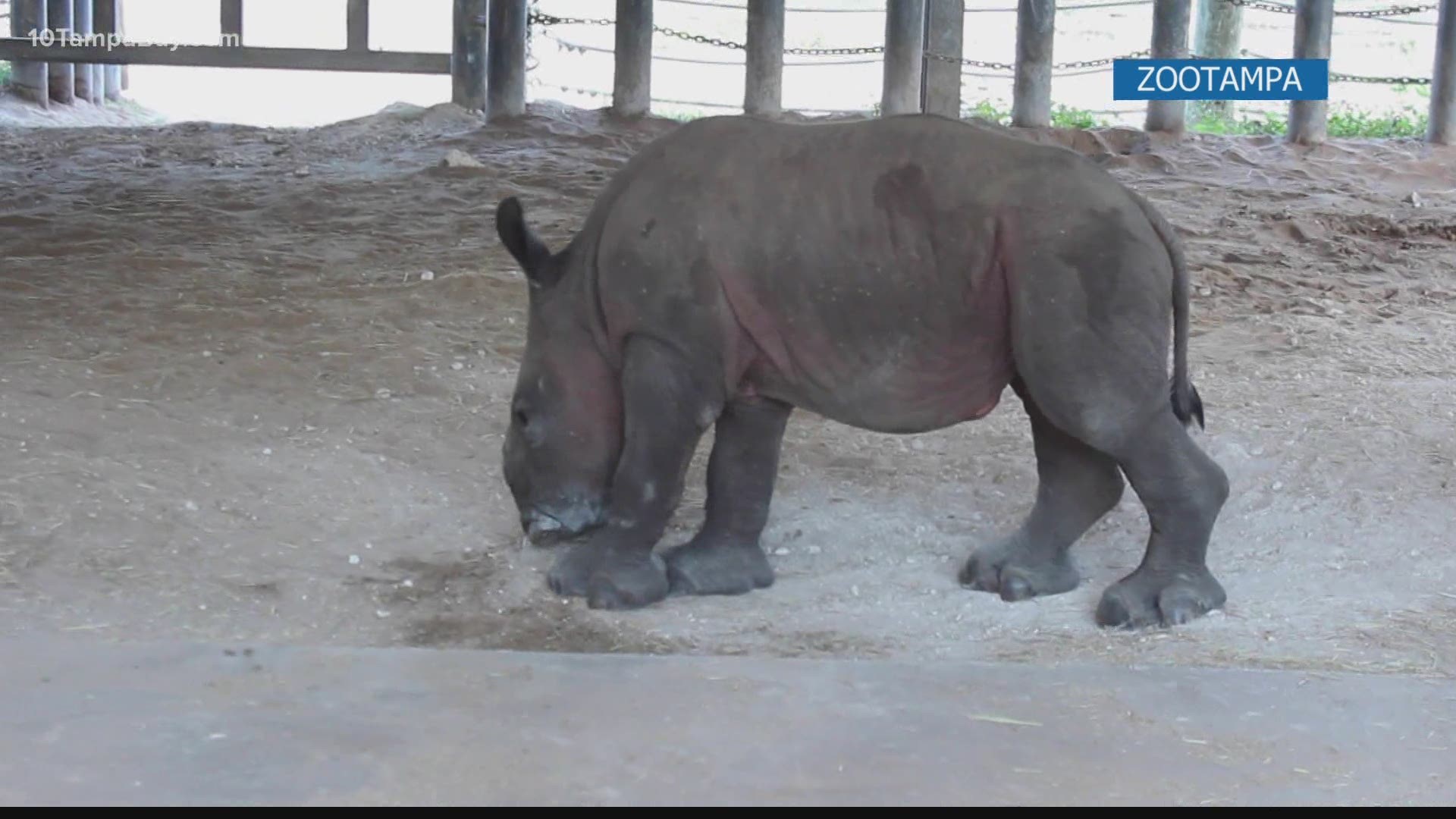 Guests soon will be able to see a brand-new addition at ZooTampa at Lowry Park, a baby southern white rhino. The zoo announced the female calf was born overnight Sunday, June 6.

It's the eighth southern white rhino to be born at the zoo, which is quite the accomplishment for a species that came near extinction. Officials say the southern white rhino population was down to 50-200 individuals around the start of the 20th century but has since rebounded to around 20,400 animals in their native range in Africa.

Alake, the calf's 20-year-old mother, was paired with Ongava through the Species Survival Plans overseen by the Association of Zoos and Aquariums in an effort to continue to protect the species, the zoo said.

The baby rhino and its mother are doing well, it added.

"These babies and the rest of our southern white rhino herd are wonderful ambassadors for their species, giving our guests the opportunity to connect with and appreciate these magnificent animals," said Dr. Larry Killmar, chief zoological officer at ZooTampa, in a statement.

ZooTampa is set to open its new Expedition Wild Africa, which will allow guests to see the currently unnamed calf up close.