June 19 marks the day the last slaves in Galveston, Texas, learned they were free but years later, demonstrators are still pushing for equality. 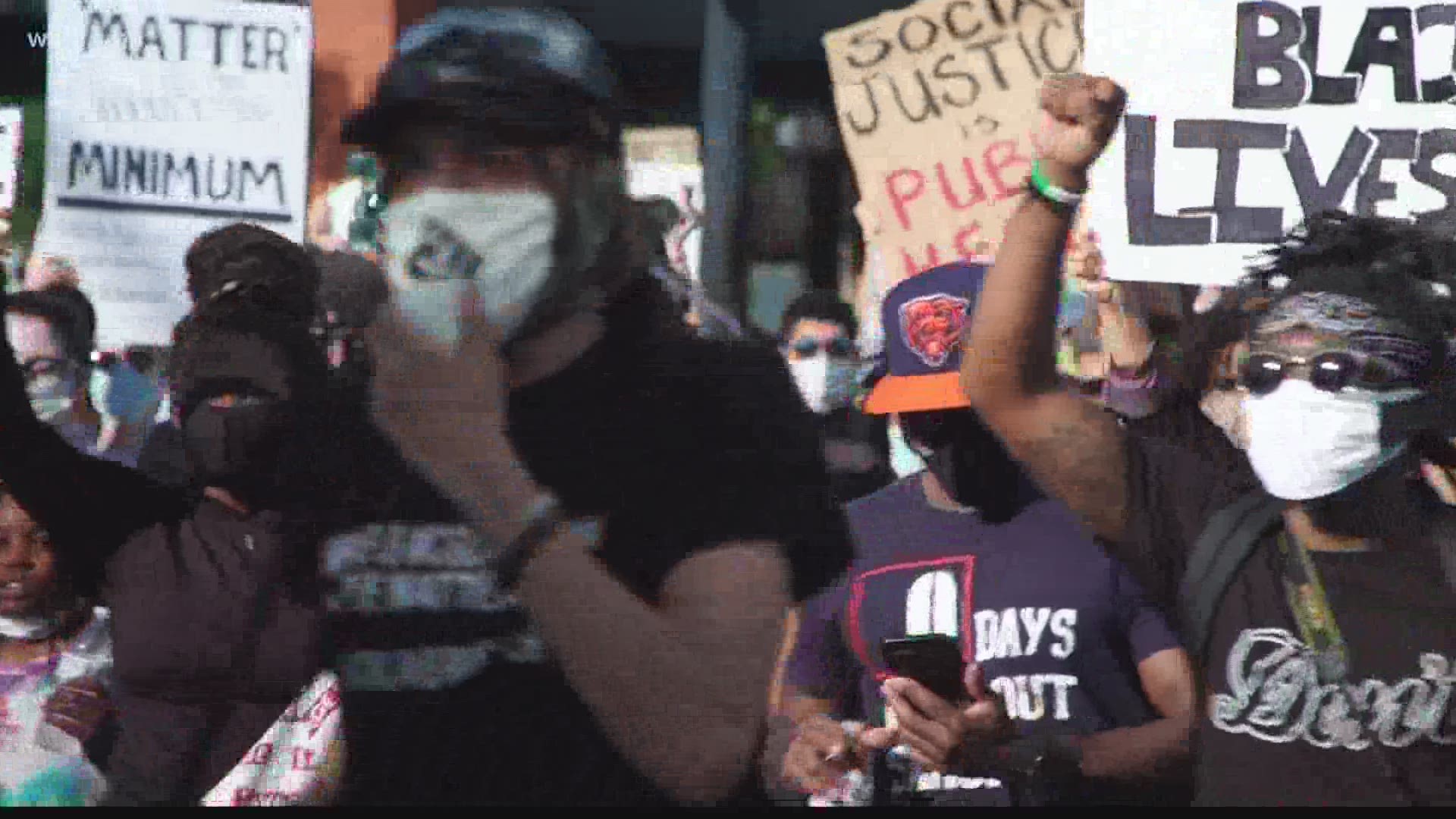 Reed sits in the crowd that gathered at Williams Park in downtown St. Petersburg. Seeing all different kinds of races around her gives her hope, but she said there's still much more to be done.

"To me, that day represents the freedom from slavery. It's supposed to have been that and we were supposed to be equal, but it really hasn’t become that. It's like it's still happening," Reed said.

That's why organizers of the event to celebrate the memories of George Floyd and Breonna Taylor chose to showcase what the community has to offer.

"All of the businesses that are set up are black-owned businesses from the south side," Jake Geffon said.

T-shirts that are being sold show the names of those lives that were taken too soon. For many in the crowd, their presence is a constant reminder of the battle of what Juneteenth is about.

"We are to a point that there’s no return. The young people are not going to be complacent like before," Reed said.

From Williams Park to Ybor City in Tampa, demonstrators wanted their voices to be heard loud and clear.

"This gives me tremendous hope! What about our children? We ain't doing this for every last person out here," Anderson Kelly-Perry said.

He's one of several demonstrators that spoke to the crowd of over 50 people. While they marched down Ybor City's brick streets, they let the community know their movement continues.

Like many parents in the crowd, this moment on Juneteenth is a lesson they want to pass on to their kids.

"His voice matters. His black skin is not a weapon. His black skin matters and he can see Whites, Blacks, Latinos, Asians all stand in unity with him. I want to support him and it starts right here with all of us standing together for something," Green said.

RELATED: These states now recognize Juneteenth, but what are their other holidays?