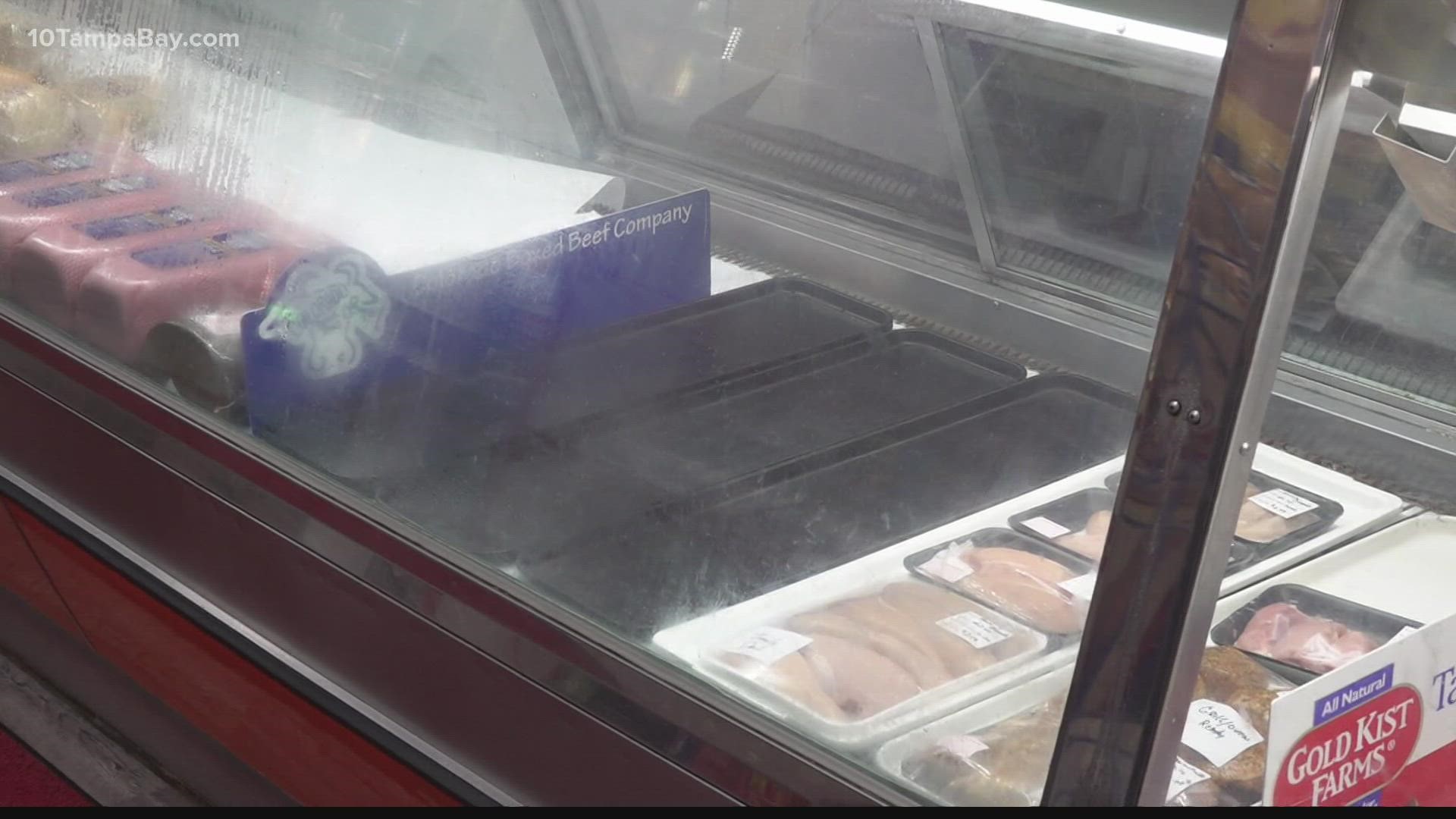 ST. PETERSBURG, Fla. — As shoppers walk up and down the aisles of the grocery store in preparation for Thanksgiving dinner this year, the price for most groceries might look expensive.

That's because they are.

Food prices in the United States are up 3.7 percent this year, a senior economist at the American Farm Bureau Federation, Veronica Nigh, told CBS News. Compare that to the nation's 20-year average of about 2.4 percent.

This is a result of the ongoing rise in inflation. According to a report from the Bureau of Labor Statistics released in September, consumer prices increased 5.4 percent over the last year. This figure is a smidge higher than the 5.3 percent increase for the period ending in August.

What does that mean for your wallet?

The receipt for a Thanksgiving turkey and all of the delectable sides will cost 4 to 5 percent more, CBS News says. It's not just the food that costs more, even the price is up for the throw-away aluminum pans popularly used for the holiday.

Due to the supply-chain backup, aluminum prices are touching a 10-year high, Markets Insider reports.

In comparison to last year, Thanksgiving dinner was the lowest it had ever been since 2010, the American Farm Bureau reported in 2020.

RELATED: How did the supply chain issues start?

There are several factors that have led to the increase in food prices. Experts say it's a result of labor shortages, higher transportation costs and supply-chain disruptions. Due to the coronavirus pandemic, the demand for goods increased as Americans spend more time at home cooking.

One positive point the U.S. can find relief in is that there's no shortage of Thanksgiving ingredients. However, the price to consume them will cost a little extra this year.

Local grocers in the Tampa Bay area are feeling the sting of higher prices now, ahead of the Thanksgiving holiday. At Forest Hills Grocery in Tampa, the store manager said it's forced him to change how he buys because customers won't pay more.

Patel said his supply costs have climbed 30 to 35 percent in recent months. And it's an expense his store has to foot the bill on.

"We tried to raise the price, but the customers don't seem to understand, even if we raised 50 cents," said Patel.

To level the costs, Patel said he no longer orders backstock for his store, only purchasing enough for the week ahead at a time. And they now offer fewer options to customers.

For businesses like Forest Hills Grocery that can’t afford to order foods at prices that won’t sell, it has them worried about what this means in the long run In meeting their bottom line.

For customers not wanting to pay the price increases, or really pay at all, there's couponing.

Through coupons and rebates, Gainey said she feeds her family of three for pennies on the dollar. Last year, she got her full Thanksgiving meal for free through Ibotta rebates.

Her typical grocery trips cost $350 to $450 before coupons. And after - the total dwindles to under a few dollars. As prices hike, Gainey said it adds a new challenge to zeroing out your check-out total.

RELATED: Winn-Dixie announces stores will be closed for Thanksgiving Day 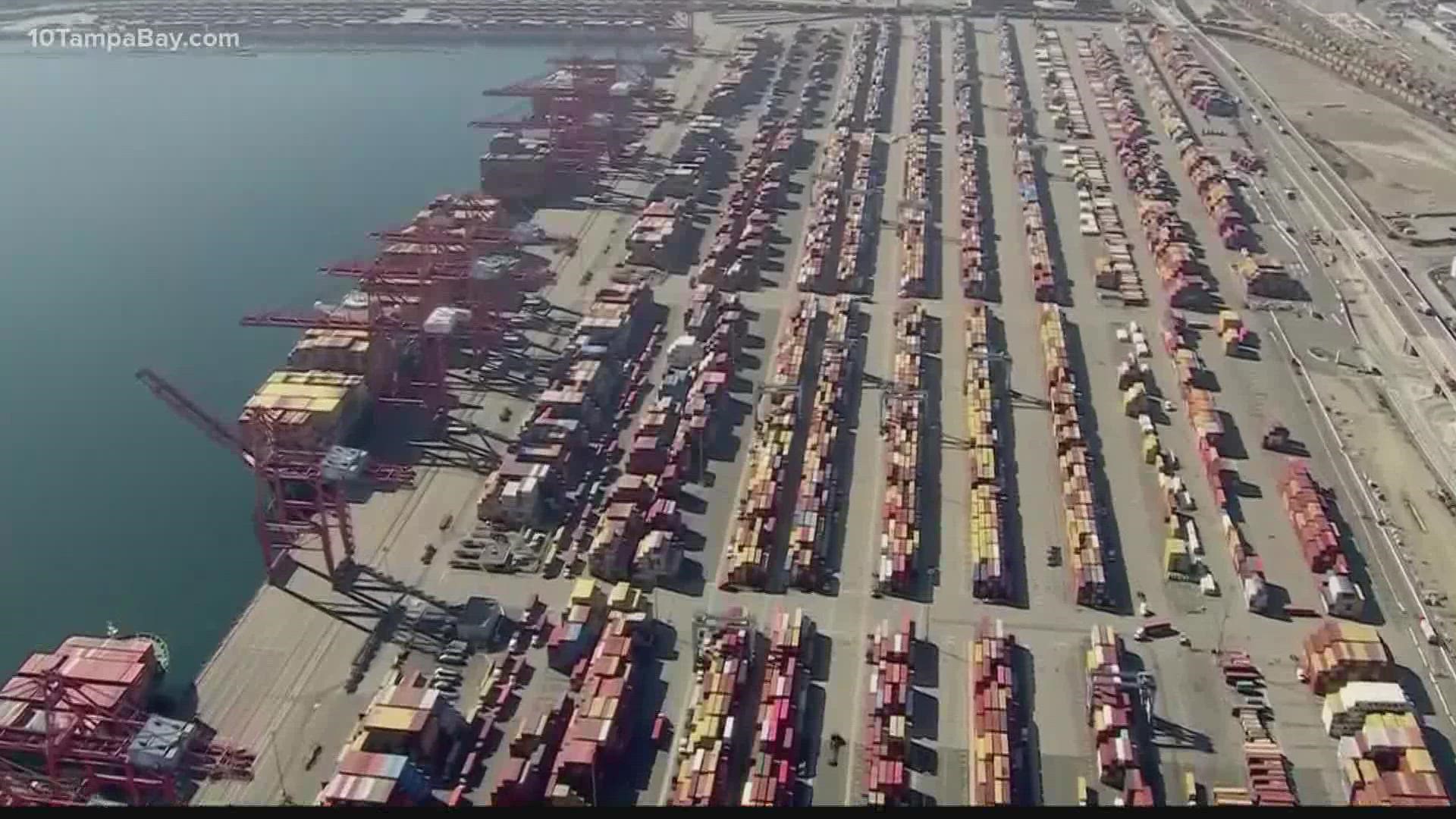