He says he was told by a Publix manager that wearing the marked face mask was against company policy. 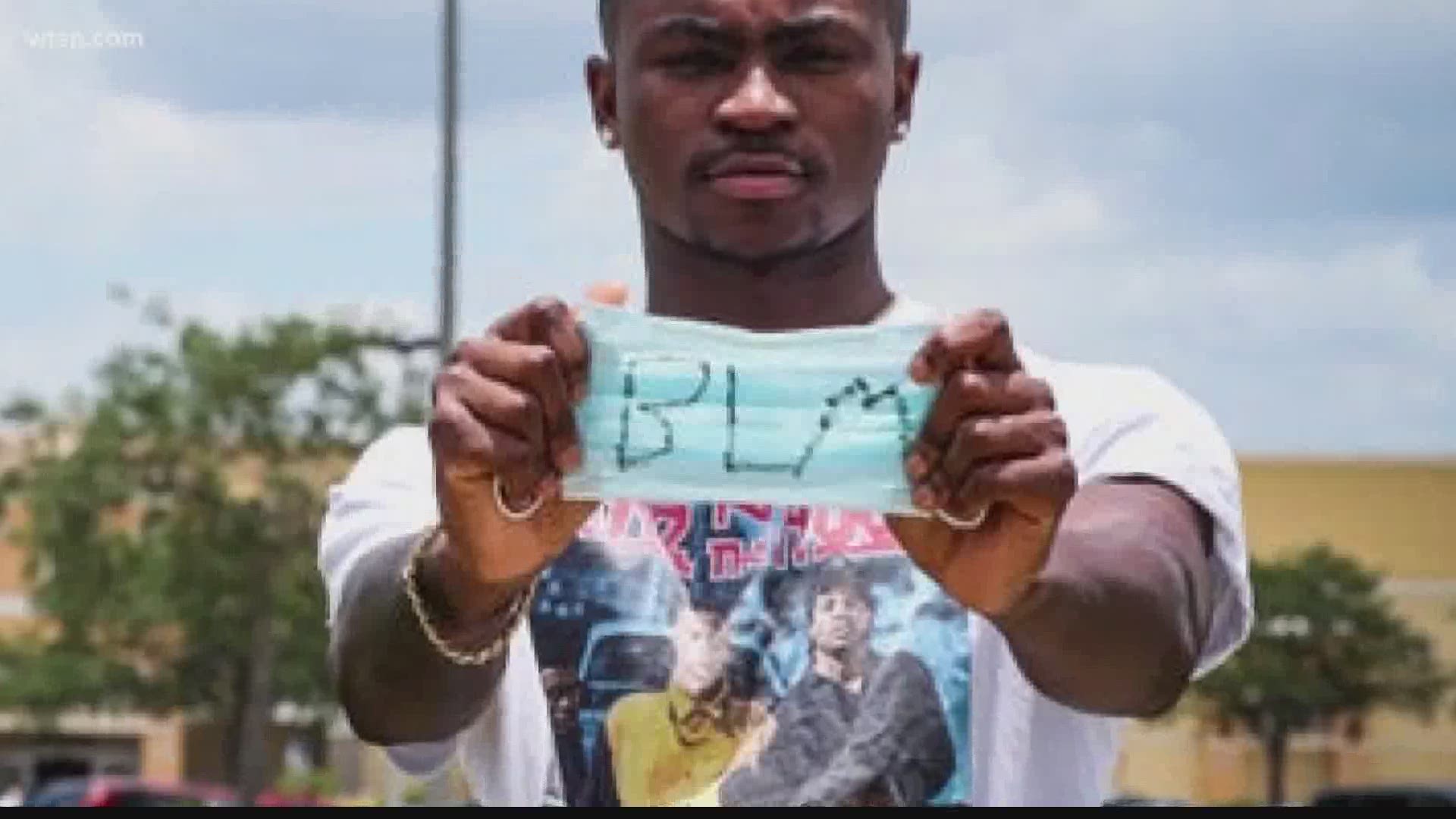 TAMPA, Fla. — A teenager working at a Publix in Florida says he quit his job after an assistant manager told him he couldn’t wear the letters BLM - for Black Lives Matter - on his face mask at work.

The messaging, he was told, is against company policy.

Quinton Desamours, 18, says he was so inspired by his participation in a recent Black Lives Matter demonstration that he wanted to wear the letters on his face mask during work at a Publix store in Lehigh Acres.

“The word spoken there were just very powerful,” Desamours said.

But Desamours says he was told the marked mask was not allowed because it would violate Publix company policy which doesn’t allow non-Publix messaging on clothing or accessories.

“I need to know that the people who are employing me, support me 100 percent. Support my people 100 percent. And support the change that needs to come in this country 100 percent,” he said. “I really didn’t see any other option but to leave.”

A corporate spokesperson for Publix said the CDC recommends associates wear face coverings, so the company has offered all of its employees Publix-issued, Publix-branded, or solid-color face coverings.

Desamours told his story on Twitter where Publix responded, saying the company rejects racism and believes diversity makes Publix and the community better.

A few days ago, Starbucks took the same position as Publix, but then reversed course a day later after receiving backlash.

Now, the coffee giant is printing its own shirts in support of Black Lives Matter and encouraging employees who want to wear them to do so.

“They’re concerned about how do they protect their image,” said James Lee, a professor of marketing at the University of Tampa.

“Starbucks realized that they were being hypocritical, so they made the change,” said Lee. “Other companies are saying no, this is the way it’s going to be, but we will support you in other ways.”

Part of the dilemma, says Lee, is that once a company makes an exception, even for a cause they support, they could face pressure to do the same for others in the future.

One thing Lee says he would not advise is failing to take a stand for what’s right just because some customers might not like it.

“We teach our students all the time, it’s okay to fire customers because the customer is not always right,” said Lee. “And in this case, it’s okay for you to walk away from customers that object to you taking a stand.”

For Desamours, there is no ethical dilemma and no question in his mind he’s done the right thing.

“Some people will disagree with me, and say I’m not seeing the other side,” he said, “But I’m not sure what other side there is when you’re talking about a whole race of people wanting to be equal.”

RELATED: No face mask in Florida? A business can deny you service

RELATED: 'We have to do something': Leaders weigh mandatory mask orders as COVID-19 cases spike in Tampa Bay