John Jonchuck's lawyers asked a judge to give them the final word during closing arguments. 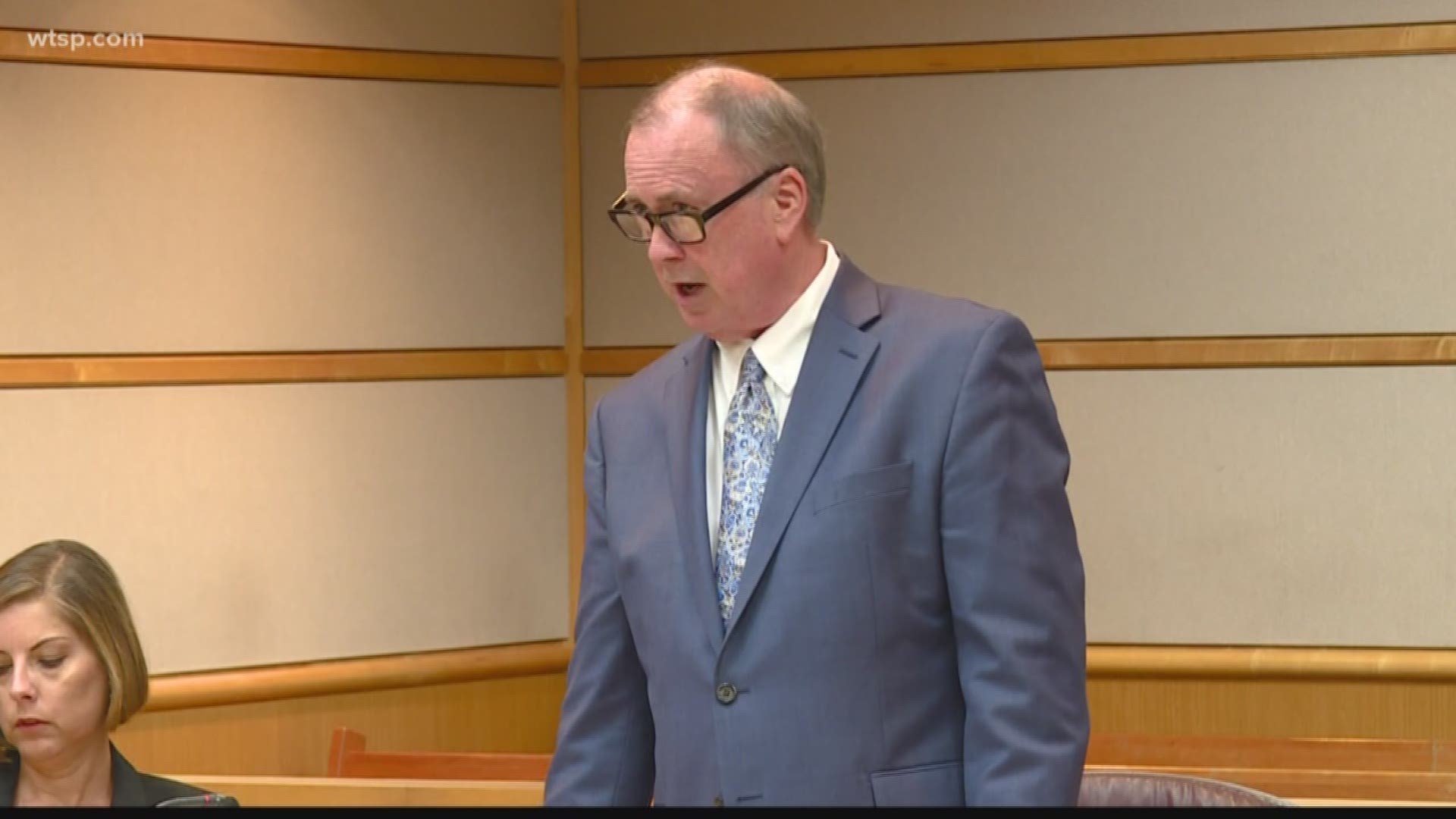 CLEARWATER, Fla. — At a hearing Thursday afternoon, a judge denied a motion by defense attorneys in the John Jonchuck murder trial.

Jonchuck's attorneys filed a motion asking for the right to a rebuttal closing argument, giving their team the last word at the end of the trial.

RELATED: Judge rules any past criminal activity by John Jonchuck can't be brought up in opening testimony

In Florida, there are always three closing arguments. The prosecution goes first, then the defense, followed by the prosecution's rebuttal.

This case is unique being that the burden of proof is on the defense to prove that Jonchuck was insane.

RELATED: John Jonchuck: 'Voices' told him if 'Phoebe didn't die, everybody was going to go to hell'

Professor Charles Rose of Stetson University College of Law said this motion is hardly ever granted.

"The defense doesn’t have to prove anything when it comes to a criminal trial. The government has the burden of proof on every element, Rose said. "So normally the government gets to speak last."

Although Rose believes this motion is an indication of a creative defense team, he doubts a rebuttal argument would have made any difference.

"The reason that it won’t make any difference is because studies show us that jurors make up their mind in large part during the preliminary stages of the trial."

Another hearing is scheduled for March 8th when attorneys discuss questions they want to ask potential jurors.