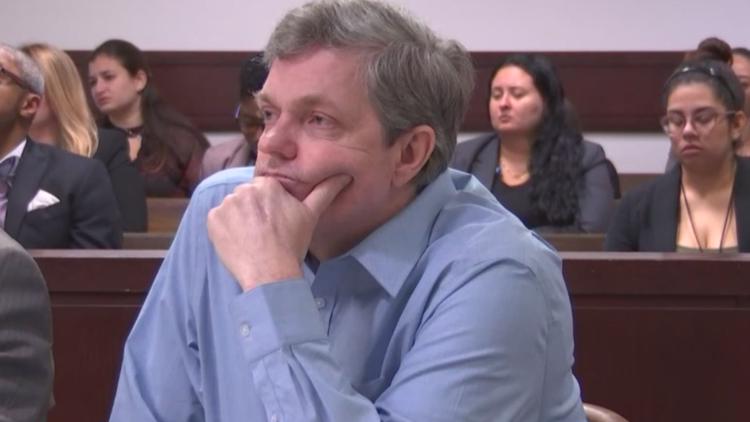 TAMPA, Fla. — On the sixth day of the Michael Keetley murder trial, the state spent a greater part of the day asking crime laboratory digital analyst, Connie Bell, about the contents found on Keetley’s flip phone and laptop.

Before calling Bell to the stand, the defense asked the court to dismiss internet searches related to firearms as evidence from Keetley's laptop. The defense said the searches aren’t relevant to the state's argument of the type of firearm used in the Nov. 25, 2010 murders that took place in Ruskin.

The judge denied the defense requests.

Bell works for the Florida Department of Law Enforcement in the Tampa lab. Before diving into specific details of the Keetley case, the state asked her to explain the submission process of digital devices.

When Bell received Keetley’s laptop, on May 17, 2013, FDLE asked her to look for more than a dozen terms on the device. Bailon, Kreeper, Ocean Mist Gang, Glock, barrel silencer magazine, rifle, drum, gun, uniform and enforcement were just some of the keywords Bell said were on the list.

Bell was also asked to look for information embedded in photographs and image files on the device. Depending on the make and model of a digital camera, when photos are uploaded to a computer, the date, time and in some cases, location will be digitally archived.

More than 103 items were pulled from Keetley’s flip phone. Bell jokingly explained given the age of the flip phone, the technology from the 2010 device is a lot slower than current day.

“This phone will not even navigate you to Starbucks,” Bell said.

The state questioned Bell for nearly two hours before the defense had a chance to cross-examine.

During cross-examination, Bell wanted to clarify that Google Chrome and Safari were not installed on Keetley’s laptop and that he used the search engine, Internet Explorer. In the midst of the explanation, the defense had questions about the Google cache and cookies in Keetley’s search.

Over the last several years, software used to analyze digital evidence has drastically improved. However, toward the end of today’s session, the court is still trying to figure out if, Bell will reanalyze Keetley’s internet search.

With a new development in the trial, the state expressed they’ve been “blindsided.”

The judge explained that it is only fair to explore all options to “simply get to the bottom of a serious, important issue.”