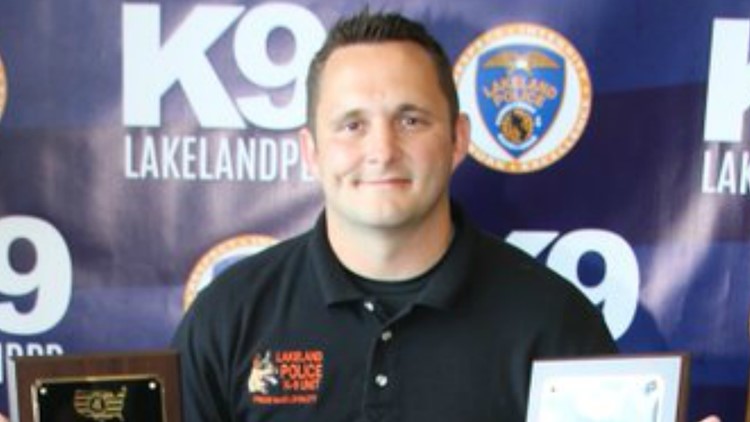 LAKELAND, Fla. — A Lakeland police officer was fired Thursday after being accused of driving under the influence.

Officer Chad Landry was arrested on Nov. 2 in Okaloosa County.

After reviewing the case, Lakeland police decided Landry had violated department policies regarding unlawful behavior and conduct unbecoming of an officer.

At the time of his arrest, Landry had been attending training at the national K-9 trials. He was put on administrative leave prior to his firing.

"The members of the Lakeland Police Department must uphold the highest standards of conduct in both their personal and professional life in order to maintain the public trust and confidence of the citizens we serve," Police Chief Ruben Garcia wrote in an email. "When that trust is breached by a law enforcement officer, we must be held accountable to the highest standards as well."

Garcia apologized to the people of Lakeland and Okaloosa County on behalf of his agency.

Landy had worked for the Lakeland Police Department for four years. He'd only recently been assigned to the K-9 unit.