Shelby Nealy is accused of murdering his ex-wife a year ago then killing her parents and brother 11 months later. 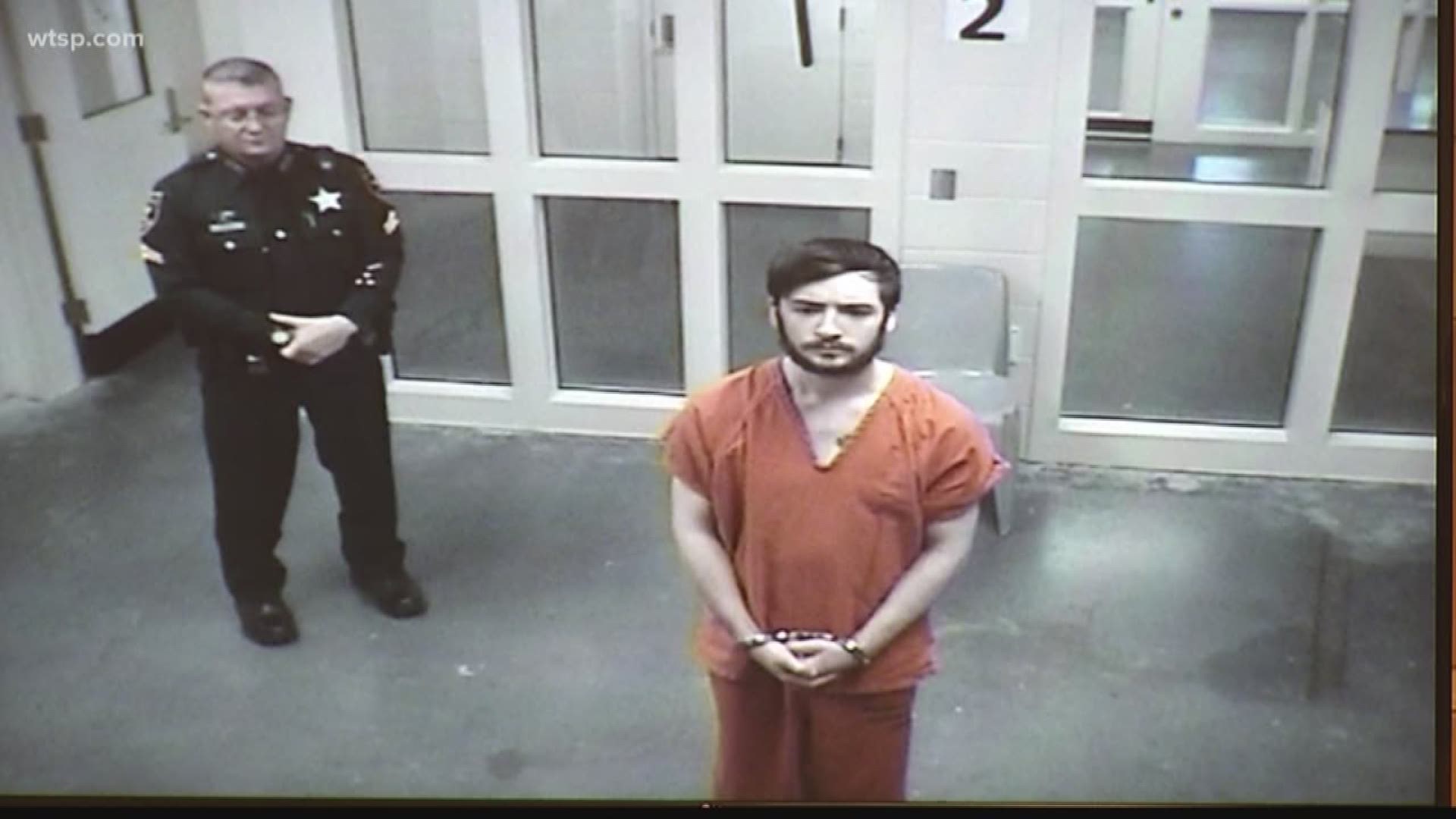 TARPON SPRINGS, Fla. — The man accused of killing his wife, his in-laws and his wife's brother was booked Saturday into the Pinellas County Jail.

Shelby John Nealy, 25, is facing at least three first-degree murder charges. A judge Sunday morning ordered Nealy to be held on no bond.

Newly-released court documents reveal gruesome details about what happened inside the home of Laura and Richard Ivancic, the parents of 21-year-old Jamie Ivancic, Nealy's ex-wife.

Jamie was found buried in a yard earlier last month at a Port Richey home. Investigators believe she might have been dead for a year, and Pasco County officials said Nealy also admitted to her killing.

Detectives say Nealy confessed to killing Richard, Laura and Nicholas Ivancic on Dec. 15, 2018. According to a criminal complaint, Nealy said he moved to Texas after killing his wife and used Jamie's phone to keep in contact with her parents.

Jamie's parents grew suspicious because they "had not heard their daughter's voice," the documents say. Investigators said Nealy then drove Jamie's vehicle to the Tarpon Springs mobile home park where Richard, Laura and Nicholas lived.

He first killed Richard when they were home alone, detectives say. Then he killed Laura when she returned home. Investigators say both were killed with a hammer. He then wrapped their bodies in area rugs and put them in a bedroom, the complaint says. Later in the evening, detectives say Nealy killed Nicholas with a hammer while he was sleeping on the couch. Detectives say Nealy covered Nicholas' body with a painter's drop cloth.

The bodies were found three weeks later on New Year's Day when Tarpon Springs police were conducting a welfare check. Another criminal complaint said officers saw "numerous live flies through the window" of the mobile home and "smelled the strong odor of body decomposition."

Officers found the home's sliding glass door unlocked and the inside of the home ransacked. Three bodies and two trash bags were found inside, the complaint says. The family's three dogs had also been killed.

Previous: Suspect in Tarpon Springs killings being returned from Ohio

In one of the surveillance videos from a pawn shop, police say Nealy is wearing a black skull shirt, which was found covered in paint inside the washing machine in Laura and Richard's home.

A week after Nealy allegedly killed three people, police say he ordered pizza from his own cellphone to be delivered to Laura and Richard's home.

At the end of December, investigators say Nealy moved back to his home state of Ohio to rent a room with his friend, Thomas Altenbernd, 22. The two signed a lease on Dec. 24, 2018.

When they moved in two days later, Altenbernd saw Nealy's vehicle had a Florida license plate. Altenbernd also told police Nealy had brought in a cooler to the kitchen that contained two wallets, a coin collection and a money collection, the criminal complaint says.

Investigators say Altenbernd heard Nealy say he wanted to kill his ex-wife's family but when Altenbernd asked if Nealy did kill the family, Nealy said no.

Nealy was arrested in Lakewood, Ohio, before being extradited to Florida. He reportedly told authorities he intended to return to the Ivancic home to dispose of the bodies.